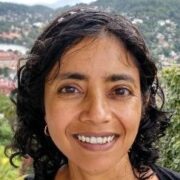 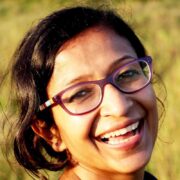 Under its current Hindu nationalist government, India has seen a marked decline in the quality of democracy. This, in turn, has generated heated debates about the cooption of Hindu religious discourse by the forces of Hindutva, a political ideology with a violent, repressive, and exclusionary orientation, which seeks to privilege India’s majority Hindu population over non-Hindus.

This debate has implications beyond the Indian context. In several countries, including the United States, Turkey, Hungary, and Poland, right-wing forces have attempted to mobilize religious discourse in support of their exclusionary and anti-democratic agendas. There is an urgent need, globally, to counter such mobilization since it poses an existential threat to democratic processes.

However, in order to present a successful challenge to this right-wing cooption, it is imperative that we do not attempt to exclude religion from political discourse entirely but recognize, and even center, faith and faith-based practices.

Simply put, religious identity and belonging are important to many — in India and elsewhere. Individuals and communities have an innate agency to shape their spiritual experiences in ways that resist, rather than incorporate exclusion—and this agency should be harnessed by progressive and inclusive movements.

Drawing on European fascist ideologies, the Hindu right-wing political movement known as Hindutva was developed in the early 20th century. Its founders conceived of a pure Hindu state in India through the exclusion or marginalization of non-Hindu minority groups.

The current ruling party in India, the Bharatiya Janata Party, is the political offshoot of this older right-wing movement. Its rise to political power has been accompanied by increasing violence against religious minorities and concerted repression of dissenting civil society voices.

Indeed, as a direct result of the BJP’s repressive actions, international observers no longer see India as a vibrant democratic country—a status that it had largely maintained since gaining independence from Britain in 1947.

Critics of Hindutva have, at times, pointed out that Hinduism’s deeply embedded hierarchy, under the caste system, makes it inherently exclusionary. They question whether the faith, itself, can ever be redeemed. In fact, there can be no contest that the rigidity of caste practices is a deeply problematic and endemic feature of the religion.

We believe, however, that individuals should have the agency to choose whether they prioritize the inclusionary or exclusionary aspects of their faith. Hinduism’s past and present are filled with challenges to caste inequities, efforts that contemporary groups like Hindus for Human Rights are trying to build upon.

Progressive movements that seek to challenge dangerous ideologies such as Hindutva should consider the multiple choices people make in relating to religion as an avenue for self-fulfillment. In his seminal work on human welfare, economist Amartya Sen urged that societies needed to move away mere material assessments of wellbeing, such as income or wealth.

Sen drew attention to the idea of capabilities, or opportunities, that people have access to in order to create a meaningful life for themselves. Breaking from economic orthodoxy, Sen centered the agency and freedom of choice. He did not pre-specify a list of capabilities—rather, Sen deferred to individuals and communities, arguing that they should have the freedom to realize those capabilities they ‘have reason to value.’

This is where faith comes in — many communities and individuals, around the world, choose spiritual fulfillment and religious affiliation as an important mode of self-fulfillment. In fact, extending Sen’s capabilities approach, philosopher Martha Nussbaum includes the free expression of religion as part of her list of central human capabilities.

Challenging the caste exclusionary practices and seeking to emphasize alternative inclusive versions of Hinduism is part of the free expression of religious choice. Further, even lower caste Hindus often follow religious practices, something that one of us has witnessed first-hand, in her own family. Others who have chosen to repudiate the Hindu faith for its casteism have chosen different paths.

Bigotistaan: Sexual Violence Against Women is Distressingly Rampant in My Homeland

Dr. B.R. Ambedkar, India’s eminent intellectual and primary drafter of the Indian constitution, directly confronted the exclusionary aspects of Hinduism he experienced as a member of the Dalit community. In rejecting Hinduism, Dr. Ambedkar did not repudiate the very idea of religion itself. Instead, he became a Buddhist.

However, the version of Buddhism embraced by Ambedkar is unrecognizable from the majoritarian violence certain Buddhist communities have been implicated in, in for example Myanmar and Sri Lanka. In a prescient recognition of the potential for continued change and contestation within religions, Ambedkar himself offered support to those Hindus willing to engage in confronting and reforming their religion.

For those deeply troubled by religious nationalism and by Hinduism’s entrenched inequities, it is tempting to denounce the practice of faith itself. Yet, such a move poses a danger—it denies communities and individuals the agency to engage and shape with their chosen religion.  It also dangerously provides additional fodder for the right, which then positions itself as the keeper of the faith.

The violence of religious extremism and nationalism is an existential threat to democracies the world over, and it requires an urgent response. This response necessarily requires building coalitions, including with those who are motivated by faith and religion, but who do not ascribe to exclusionary ideologies.

Ramya Vijaya is a Professor of Economics at Stockton University. She co-authored the book “Seeing White an Introduction to White Privilege and Race.” She has published articles on gender, work and structural economic inequalities in India and the U.S. and on the global political economy in academic journals and news media outlets like The Washington Post, The Conversation and the Scroll.In.

Bidisha Biswas is a Professor of Political Science at Western Washington University. She has written and spoken extensively on diaspora politics and U.S.-India relations. Biswas previously served as a policy advisor on South Asia to the United States Department of State. Her Twitter handle is @Bee_the_Wonk.