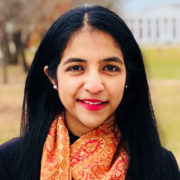 As the Election Approaches I’m Experiencing a Feeling I Never Felt Before: Fear

The first of three Presidential debates between President Donald Trump and former Vice President Joe Biden can only be characterized as a mud wrestling match as both sides struggled for talk time and failed to convey any substantive policy solutions to ongoing pandemic, climate, racial injustice, and economic challenges.

The debate was moderated by Fox News anchor Chris Wallace and covered six topics, ranging from the ongoing COVID-19 pandemic and race and urban violence to the Supreme Court and election integrity. Both candidates appealed to voters in different ways through the 90-minute debate. Throughout the night, Trump was aggressive, largely red and angry, and Biden was mostly calm and focused. Trump turned towards Biden to deliver repeated diatribes while Vice President Biden looked directly at the camera to speak to viewers at home. Take a look below for 3 winners and 3 losers from last night:

Chris Wallace’s role in the debate was arguably the most difficult of any moderator in modern American politics. It must have been tough to stay focused and keep control of the debate without getting run over as both candidates frequently exceeded their allotted 2 minutes. Wallace tried his best to keep some form of quorum, and for that, he deserves credit. He reigned in both Trump and Biden and also raised his voice a couple of times to ask Trump to honor the debate rules agreed to by his campaign. While the debate format could have been better structured, the moderator’s role was especially taxing given the heated, disrespectful, and curt exchanges in the room. Reminiscent of a kindergarten teacher, Wallace scolded both candidates given last night’s caustic atmosphere yet stuck to the script as much as possible.

Biden was seen smiling and confident throughout most of a debate many would call disgraceful and appalling. Early in the night, Trump chided Biden for not being qualified enough to discuss the word ‘smart’ as the lowest ranked student at the University of Delaware. At one point, Trump sneered at Biden for not being able to hold large enough campaign rallies and later on, talked over and at many of Biden’s allotted time segments. Even with the thick skin most politicians have, it takes a lot to tolerate the level of mudslinging Trump doused Biden with. With 47 years of political experience, Biden responded to most of his opponent’s jarring attacks with a smile or head nod.  Apart from a few incidents where Biden directly responded to such attacks, Biden maintained a calm demeanor and casually ignored what his opponent had to say.

During the segment on race and violence, Trump was given the opportunity to publicly condemn white supremacy groups but failed to denounce any such groups. In 2017, he claimed there were ‘fine people’ on both sides in the aftermath of the violence in Charlottesville, VA, an event Biden says cemented his decision to run for president again. In response to a direct question by Wallace to address the topic of racial injustice and violent protests, Trump casually remarked “Proud Boys, stand back and stand by,” a direct reference to a far-right group. Since the debate, the group has celebrated the response and began using the phrase “stand back and stand by” on branded merchandise. Instead of condemning racially charged inequality, injustice, and violence, the debate highlighted how the current President has used the office to propagate and stroke the flames of racism in every facet of society.

Biden began his 2 minutes on the segment of race and violence with the word “decency.” It was an ironic moment, given the debate was anything but. Trump provided unlimited bully behavior, frequently cutting into, talking over, and sharply jibing at Biden. While Trump smugly mocked Biden for holding smaller campaign rallies to comply with COVID-19 guidelines, Biden delivered perhaps the most popular meme worthy line of the night: “What don’t you just shut up, man?” As predicted by political pundits, Trump delivered several personal attacks on Biden, including one surrounding the mental health of his youngest son. Wallace was forced to end the debate in cacophony by imploring the President to stop talking. All in all, it was a strange stage filled with behavior unfit for the land’s highest elected office.

COVID-19 was largely ignored as only one candidate had a plan to tackle the deadly virus in the months to come. Medical science and any treatment strategies were reduced to xenophobic soundbites where no real policy to confront and contain the virus was presented. The President continued to contradict his own medical team and experts on the development of a vaccine and repeatedly diverged from CDC recommendations to the general public. At one point, Trump mocked Biden for wearing a face mask in public spaces and failed to provide a straightforward answer on the forecasted timeline of vaccine availability. Along with COVID-19, climate change was also left behind and received little attention on stage. Biden did not directly answer whether Obama era environmental regulations would be reinstated to mitigate damage on the planet while the President failed to identify the United States pulling out of the Paris Accord as a grave mistake.

Last night’s debate should have helped undecided voters better understand the policy issues at stake. Instead, voters were treated to a teenage tantrum short of a fist fight.  Issues that were raised, including the loss of the Affordable Care Act and Trump’s personal tax returns, highlight the grim future of the average American. People hurting from the pandemic or rising unemployment rates were tossed to the side as both candidates did little to shed light on the most pressing issues faced by voters. Additionally, the lack of election integrity looms large on mail-in ballots and even in-person voting as Americans find ways to cast their votes in a tumultuous election. The American people deserve better than threats of mail-in ballot manipulation and an unfair election in the world’s oldest democracy.

While the Biden campaign has agreed to participate in the 2 remaining debates in Miami on October 15 and in Nashville on October 22, it will be interesting to see whether the scheduled debates actually occur and a change in candidate demeanor is witnessed in the coming weeks. Regardless, it is ultimately the voters who must decide which way the scales tilt in November. Absent voter suppression, it is certain that either election result will be a reflection of the pulse of America and its future.

Ithi Joshi is a lawyer and dancer. Her interests include Ashtanga yoga, autobiographies, and baking desserts. She currently lives in Washington, D.C. @IthiJoshi

A Mainer’s Plea: I Could Do with a Little Less Mail-Bombing From Sara Gideon

The Chaotic Presidential Debate has Only Reinforced the Idea That Donald J. Trump is a Bully

The First Presidential Debate 2020: A Courtside Seat to a Good Game or the Theater of the Absurd