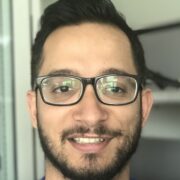 If you live in Maine, it’s pretty hard to miss Sara Gideon these days. Just yesterday, I recovered eight handouts from my mail, all geared toward electing her for the U.S. senate. Advertisements and news stories calling for her election are all over my social media. I drive around a lot in the Portland, Maine urban area, and her signs outnumber the ones promoting her republican challenger, the incumbent Sen. Susan Collins.

A personal favorite is what I call the ‘signage competition.’ Someone places a sign on some public land, like the side of the road. Then someone else comes and puts the challengers’ sign in front of the previously placed ones, and the cycle continues. Sara Gideon’s campaign has managed to raise around $40 million in the third quarter of 2020, placing her in the top tier of democratic senate candidates all over the country. The amount of money she has raised is larger than the GDP of Tuvalu, an island country in Polynesia.

Gideon, 49, is the Speaker of the Maine House of Representatives. She was first elected to the Maine House of Representatives in 2012. The highlights of her work include supporting Medicaid expansion in Maine, and work to prevent deaths from the opioid epidemic. She has also promoted the lowering of energy costs, and a move towards sustainable energy farmed using Maine’s natural resources. A native of Rhode Island, her father is an Indian immigrant and her mother is a second-generation Armenian American.

Gideon has an undergraduate degree in international affairs from the prestigious George Washington University. She has worked for a U.S. Senator and as an executive at USA Today. She got married in 2001, converting to Judaism for her husband, in exchange for him taking her last name. Fight the patriarchy! In 2004, she moved to Freeport, Maine (the home of the giant outdoor adventure company LL Bean), and sat on a seat of the Freeport Town Council in 2009, rising through the ranks until getting into the Maine House of Representatives.

Susan Collins, the Republican challenger, is in a fight for the ages to keep her Senate seat. The 68-year old centrist has held the Senate since being first elected since 1996. The native from Caribou, Maine has attracted the votes of a large number of moderates, with fiscally responsible policies and by being someone who is not afraid to stand up to the Republican hierarchy on some issues. But her performance under Donald Trump’s presidency has been looked down upon, as she has supported the controversial president on most of his decisions.

Her support for the alleged sexual assaulter Brett Kavanaugh for the Supreme Court was a step too far for many Mainers. All her moves are now seen as being part of her political game to appear moderate while still appeasing the right-leaning republican pecking order. She has also recently been in the news for the wrong reasons, suggesting that systemic racism is not an issue in Maine in a recent debate with Sara Gideon, which is just not true. For example, as of October 1, Black people made up 17.9 percent of the state’s COVID-19 cases while just representing 1.4 percent of the overall population. Maine also has one of the worst rates of Black poverty in the country. Many Mainers feel it is time for her to step down and hand over the torch to someone younger. Is it time for a change?

U.S. District Court Dismissed Hindu American Foundation’s Defamation Case. But Why We’d Do It All Over Again

Gideon certainly thinks it is. She supports the Affordable Care Act, which currently is the best healthcare option for the country as, despite it being undermined by the Republicans at every opportunity, there continues to be no viable alternate. She has sponsored legislation to extend benefits to families struggling with poverty. She supports government funding for the development of renewable energy, and supports the U.S. rejoining the Paris Agreement. She says she is looking out for working families, and wants to lower drug prices and work towards an economy that helps everyone, not just a few elites.

Gideon narrowly leads Collins by 1 percentage point according to a poll by Bangor Daily News, so the result of this election is truly a toss-up, and has been exciting for Mainers, and the country as a whole. A younger female Democrat unseating a longstanding Republican echoes the rise of some famous politicians in recent history, and Sara Gideon is making it clear to everyone that she is more than up for the task. With endorsements from Democratic royalty like President Obama himself, she strengthens her juggernaut of a campaign. Personally, I could do with a little less mail-bombing and placards in my life.

Asheesh Ravikumar Lanba is an Assistant Professor of Mechanical Engineering at the University of Southern Maine, and lives in Westbrook, Maine. He has lived across India, Singapore, Mauritius and the U.S. He is an avid hiker, mountain biker, cinephile and cynophile. He also played cricket for his university at the national and inter-varsity level in Singapore. He obtained his PhD in Engineering Science & Mechanics from the Pennsylvania State University and has a Bachelors in Engineering from Nanyang Technological University (NTU), Singapore. Twitter: @DrLanba, Instagram: shamusouthere, LinkedIn: asheeshlanba

The Importance of Being Neil Makhija: Second Generation Indian Americans Pick Up the Political Baton