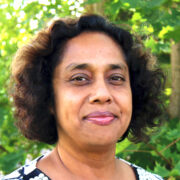 What many people don’t know is how new the tradition of presidential debates is in the United States. Historians refer back to the 1858 Illinois Senatorial public debate between two contenders, Abraham Lincoln and Stephen Douglas. But Lincoln never debated during his run for the presidency. And most candidates during the 20th century responded to their counterparts in rallies and meetings rather than in the media or face-to-face.

It was not until the advent of television that the idea of presidential debates became a staple part of the general election news cycle. But it took several years before the evolution of the current format. The 1952 televised debates included all presidential candidates, from both parties, and the 1956 debates did not include the candidates, but instead their surrogates’ debated candidates’ policies. The 1960 debate between Vice President Richard Nixon and Senator John F. Kennedy was the beginning of presidential debates as we know them today with one or several moderators and one nominee from each major political party.

Since the Kennedy-Nixon debate, the advent of new media and the global diffusion of personal communication tools have allowed people to ceaselessly surround themselves with political content. This puts pressure on political actors to be more and more spectacular in order to set the agenda, make a news headline or to go viral. Politicians are increasingly impelled to speak in more popular idiom and in folksy style and to court popular support more assiduously and make policies, which are otherwise complicated, palatable to audiences. In such a context Tuesday night’s debate didn’t appear that unusual, in style or content, especially if you have followed American politics for the past decade.

Criticism from pundits aside, Donald Trump has come to signify the insurgent phase in an era of outsiders-turned-politicians who have used social media to garner millions of followers who are willing to accept his version of reality. One can attribute his success to multiple reasons, but Trump has been able to bullhorn his controversial actions, incendiary rhetoric and the theatre of grievances via social media and often to satisfy public’s relentless appetite for catchy phrases, ridicule and nicknames.

In the past, outsiders like Trump, when given governing responsibilities, adopted more responsible behavior to acquire full political legitimization and thus lose the transgressive aura that had attracted media and voters. Trump has done no such thing and has been rather predictable (as he was during the debate): he did what he does daily on his Twitter. He recited his list of grievances against the pronouns of “them,” “they” and “she;” he lied and made personal attacks. It was not his boorishness but how boring he was in his repeat performance of a socially mediated vaudeville act.

Indeed there has not been a televised presidential debate such as this though, if one were to mine American history, politicians have called each other – and the electorate – by far worse names and vitriol. In modern times, President Jimmy Carter and California Governor Ronald Reagan came close to the kind of political differences Joe Biden and Trump represent when they debated each other in 1980. Both were products of the media politics of the 1970s and Reagan, like Trump, was regarded as a curiosity in national politics: an actor compared to a lifelong politician like Carter.

There was tremendous handwringing in both campaigns as to whether they should even debate and we have heard similar whispers — now renewed — from Trump and Biden camps. Some Republicans today would outright reject the comparison between Reagan and Trump but Reagan too played the outsider card and he was just as adept at playing dog whistle politics and demonizing sections of the American public. His rhetoric had been akin to Trump’s “America first” with Reagan proclaiming at every rally that a vision of what America should be was based on a decisive world leader who was not afraid to take on enemies; he was also a soundbite saboteur who targeted immigrants, inner cities, welfare recipients and labor unions. Long before Trump, Reagan had demonized — in a softer vocabulary — the same boogeymen coming to get your jobs, homes and women.

Vanaprastha-Ashram: How I’m Transitioning to the Hindu Way of Spending the Evening of Life

But where Trump failed, and Reagan succeeded, was to align the verbal with the visual moment: Trump didn’t look relaxed or smiling during the debate. He looked too ready and eager for the bout, not only interrupting Biden but also frowning and rarely looking at the camera. And yet Tuesday’s debate, contentious, chaotic and callous, was a reminder that the rhetoric of neglect, gently espoused by Reagan and coarsely amplified by Trump, breeds resentment which can no longer be sideswiped. While the boredom of the Biden-Trump debate was how little Trump has shifted in his familiar litany of grievances and that Biden could only respond in the most generic mindless middle-of-the-road way. But within Trump’s verbal and visual pileup was a position of neglect — a position which appeals to resentment.

Resentments are not simply disputes about which reasonable people may differ. They become personalized wars in which each side feels its identity assaulted by an enemy whose own character is intrinsic to the wrong that was perpetrated. The neo-Nazi group, “Proud Boys,” who Trump called to action on Tuesday night, represent the extreme wing of this feeling where non-college educated white men consider their world being infiltrated by immigrants, brown people, uppity women and minorities demanding unfair privileges.

While it seems metaphysically impossible to devastate Trump’s reputation among his base, the morning after can be a moment of collective national reflection. As America wakes up feeling battered and bruised, it needs a quick shower and a call to action. This hopefully will include reimagining trust and social media and how to strengthen democracy in its multifarious ways.