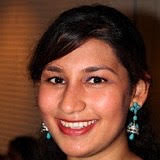 What a Night! Yet Another Presidential Fall From Grace for DJT and the United States of America

Judging from the first presidential debate it seems, President Trump is not just running against Joe Biden, he’s running against civil discourse, critical thinking, peaceful elections, the U.S. constitution, facts and science.  His toxic constant interruptions with hateful, sometimes incoherent comments made one want to perform a spiritual purification ritual after watching him. His incitement to vigilantes to “watch” polling places, and lack of condemnation of white supremacists is not worth dignifying a response, and Biden did well by mostly ignoring him and speaking directly to the American public. A bully hates nothing more than being ignored.

While there were many zingers, and schoolyard insults thrown around in this debate, two phrases uttered by Biden stuck out on the COVID-19 crisis and the economic recovery plans under Trump’s administration — “It is what it is because you are who you are” and “He doesn’t have a plan. The fact is, this man doesn’t know what he’s talking about.” As someone who has grappled closely with this pandemic at both a professional and personal level, the truth of these statements hit home.

I remember staring into the abyss in mid February 2020 as I realized the severity of pandemic tsunami that was building in the U.S., that I as a frontline hospital-based physician would have to eventually deal with. I turned to the CDC and the HHSA, the government agencies that should have been ringing a 6-siren alarm to prepare the country for what comes next. Instead, I ran into headlines of Trump telling his public health team to “not upset the markets” by fully admitting the expected course of the pandemic, and what needed to be done to curb the spread.  Then came the full bloom of the U.S. pandemic in mid-March and realizing that the federal government had no real plan to supply hospitals with adequate testing, PPE or strong recommendations for aerosol spread protection for known positive cases.

Without these supplies or guidelines, each doctor and nurse would have to make a choice between their duty to their patient, and the safeguarding of their own as well as their families’ health. So, it became clear, in the everyone-for themselves response that Trump created to pandemic management, only the very affluent or the very lucky would be able to survive without being harmed. Almost a thousand healthcare workers have since died of COVID-19, many of them young and with no pre-conditions, in the prime of their lives.  Many of them were South Asian Americans, who are overrepresented in the healthcare field. Some on foreign medical graduate visas, worried while working double shifts in NYC and Detroit, what would happen to their families if they got sick or died by getting virus on the job.

Unfortunately, nearly seven months and 200,000+ deaths into this pandemic, Trump still “doesn’t have a plan” to deal with it. He never listened to the experts warning him that rushing into reopening without providing businesses with proactive tests and protective supplies would just cause a cycle of shutdowns and reopenings. His refusal to wear a mask, and peddling of dangerous interventions like injecting bleach and UV irradiation, made common sense non-partisan public health issues into political bomb throwing acts for his conspiracy-theory loving base. He never asked the GOP senate, beholden to him, to pass funding for schools and colleges to reopen safely. Instead, he and some Republican governors wasted months trying to convince us that since “only very few children die” from this, going back to crowded hallways and poorly ventilated classrooms with untested staff and students was going to work, even as case counts climbed. And the virus continued to spread and kill, becoming the #3 cause of death in the US this year, behind only heart disease and cancer.

Controlling the spread of COVID-19 is the cornerstone of restarting the economy and reopening schools fully. Yet Trump continues to not “know what he’s talking about,” when it comes to getting businesses and workers, devastated by the pandemic, back on their feet. Biden, on the other hand, has detailed plans to help small businesses stay afloat and provide emergency aid to families who have depleted their life savings in the last few months, and may be on the verge of becoming homeless, losing their access to unemployment benefits or both. Biden also plans to invoke the Defense Production Act to launch the war scale production of PPE and testing supplies in the U.S., allowing us to finally do what Europe and much of Asia did back in the spring of 2020.

The contrast between these two candidates’ competence and character could not be clearer. Our health, our children’s educations, our jobs, our very sanity- everything is on the line. So, vote and get everyone you know to vote like your life depends on it, because it does, and so do the lives of many others. As former Vice President Biden put it, “Once the winner is declared after all the votes are counted, that will be the end of it,” and hopefully the end of this national nightmare and embarrassment.

Dr. Neha Jain Sampath is a first-generation Indian American immigrant based in San Diego who is also a mom of two wonderful kids, a practicing hospitalist physician, budding bread maker and writes on many topics including healthcare and the Indian American diaspora’s experiences.

Rep. Pramila Jayapal Tests Positive for COVID-19 Thanks to Republican Lawmakers Who Refused to Wear Masks