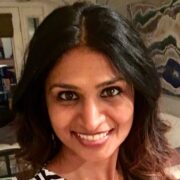 The Chaotic Presidential Debate has Only Reinforced the Idea That Donald J. Trump is a Bully

So, it finally arrived, the much anticipated event of the times, the first Presidential debate between the incumbent President Donald Trump and the one to represent everything that is not Trump, former Vice President Joe Biden. Whether people admit it or not, almost the entire country was looking forward to this event (even in their vehement avoidance), either out of apprehension for how Trump might pummel Joe Biden or out of curiosity for whether or not Biden could indeed string together one coherent sentence without the help of hearing and visual aids. Or in search of sheer entertainment from just what it is that two septuagenarian white men, one white and one orange, who couldn’t be more different, would talk about for 90 minutes given neither of them was  especially verbally adept or a policy fiend.

We Americans like courtside seats to a good game and given the lockdown, it is not as if too many of us had anywhere else to be either.

When I heard the moderator was to be Fox’s Chris Wallace, I perked up. Wallace is one of the most incisive and objective interviewers around these days and the line-up of topics was weighty, so I was definitely curious about this debate. Little did I expect to watch him turn into a middle-school teacher trying haplessly to keep a bully in check from heckling and harassing the other kid.

Disrespect Right Off the Bat

Right off the bat, Trump disrespected the two-minute rule that his campaign had agreed upon prior to the debate, and was relentless in speaking over Biden, to the point of being obnoxious, and in-spite of Biden’s peaceful protests and Wallace’s teacher like admonishments, continued to not let Biden get a word in edge-wise the entire time. This struck me as a strategy and a preview of the suppression tactics that one can expect as we get close to election day.

From a style perspective the two men could not have been more different. Trump bellicose and interrupting, Biden mild-mannered, focused, and cooperative. Trump was loud and energetic in his delivery, Biden appeared apprehensive and tired and could have used a shot or two of Red Bull.

Wallace started out with a triggering topic, Trump’s pick for Supreme Court Justice and while I expected to hear Trump offer that he is obligated to nominate someone as President because that is what his people expect, he only spoke of it in combative terms saying that he has “the right to do it” and that the Democrats would do it too. No argument there.

Biden started out with gratitude and went on to cite Roe v. Wade, which was a pre-emptive strike, perhaps intended to sound an alarm to many women watching, to which Trump’s response was measured and open as he dismissed the fear. I do believe SCOTUS discussions amongst the populace end up becoming more partisan than they really are. Most justices will tell you they seldom disagree too much and that many of their decisions are predominantly unanimous.

The conversation then jumped to important topics like the Affordable Care Act and Covid-19. Both men hurled numbers that favored their case at each other. Biden, though mellow, did a good job of presenting the facts, asking the relevant questions about the implications of repealing the ACA during the pandemic and inserting important points throughout the debate, reminding people about the President’s irresponsible communication during the pandemic, citing his quotes about the “[virus disappearing like a] miracle”, the bleach prescription and minimizing the severity of the virus, so as to “not panic people”.

On display, were also the usual distraction techniques from Trump that we have become so familiar with at this point, hurling unfounded accusations about Biden’s past record, “308K military personnel died when Biden was VP due to lack of healthcare” against the 200K Covid-19 casualties recorded that Biden rightfully brought up. Biden lashed out with “200,000 people died, not because ‘it is what it is,’ but because you are who you are.” Trump lashed back with his talking points about closing down the borders early and trying to balance the economy with casualty prevention, the “progress” on vaccines etc. All familiar stuff.

The entire conversation on healthcare was filled with interruptions, to perhaps obfuscate the fact that the Republican administration has not come up with a viable alternative for the ACA, but is salivating at the potential repeal of it. At one point Trump said he has brought drug prices down by 80-90% and they have become “so cheap, its like water.” Hmm, water, I wonder what the people of Flint, MI think about that.

It is somewhere around this point in the debate where I felt that Trump hit a new low as an adult. His sheer inability to play by rules, listen and have a respectful non-defensive conversation with another human came through loud and clear and I thought back to the churn the country has experienced from the array of professionals that have left his administration over the last 3 years and wondered what sort of true progress this kind of churn could foster.

Joe Biden demonstrated tremendous fortitude in not just being coherent amidst all this interruption, but stayed on the mark and directed his commentary at Chris Wallace instead of Trump, without losing his cool. I am not entirely sure Bernie could have pulled that off. This kind of patience comes from some solid self-awareness. And aside from reminding us about Trump’s disrespect for masks, guidance from experts and selfishness in holding large rallies during the pandemic, Biden took every opportunity to address the audience to vote, to speak to their senators and to participate.

It is too bad that he lacked energy in delivery. Most of the American public is used to paying attention only when the object on screen is shiny and dramatic and when the message is somehow amplified. Substance couched in dignity largely goes unnoticed. And that stark contrast was on display on stage today in Cleveland.

Having said this, what also came through in spades is the fact that conflict and chaos energizes Trump and his display of confidence, innate or cultivated, can seem convincing. In matters that he is passionate about, namely the economy, he had the numbers at the tip of his fingers and had the spin at the tip of his tongue. He addressed the need to keep the economy open to prevent collateral damage from mental health issues due to the lockdown, which Biden did not seem to consider, even while he brought up that the rising “market” hides the fact that the working class is losing jobs, while the billionaires are eating the stimulus. Both men had their points. There is no black and white answer in a country as wide and diverse as the U.S., it seems.

Wallace then brought up the most controversial topic of the week, Trump’s taxes and this was the first moment of pause in the debate and one that stood out as a reminder for why I am grateful to Trump, for literally pin-pointing all the holes in the system, testing the checks and balances and revealing just how stupid law makers of the past have been. It was an easy one. The tax code is the one to blame and Biden acquiesced fairly easily. Moving on.

Out of Context Attacks

Did I mention Trump took every opportunity to attack Joe Biden’s family out of context, while it took Biden some time to realize that he had plenty of ammunition to give it right back but did not? Instead Biden graciously admitted to his son Hunter’s drug problem and said he was proud of him for overcoming it.

The conversation then moved to race. Biden posited the ideal of equity and stated that Trump had walked away from that ideal when he claimed there were “fine people on both sides” after the Charlottesville incident. Trump took control of the conversation on race and effectively turned it into a conversation on law and order and quickly made it pretty black and white (pun unintended), in that, if you are for racial equity, you are not for law and order.

Trump went on to state unequivocally that he would not stand for (racial sensitivity) teachings that promote “hate for the country” while Biden acknowledged the need for how they (racial sensitivity teachings) are critical in building self-esteem in children from diverse backgrounds. Throughout this topic Trump sounded vehement, while Biden sounded appeasing. It was clear there was a bully on stage.

When pressed by Wallace to condemn white supremacists, Trump fell way short and instead insisted that all the violence was coming from “Antifa” and the “Radical Left”. This was the second moment of pause during the debate, where amidst all the bluster and belligerence, some truths became apparent.

On the bonus topic of climate change, Trump’s vocabulary betrayed his ignorance about climate sciences and technology. Biden shone bright as he waxed eloquent about renewable energy and his plans to get to net zero while creating jobs, while Trump rambled on about cleaning forest floors and doing better forest management after having rolled back environmental regulations and relaxing emissions standards.

And finally on the burning topic of free and fair elections, Trump made the case for voting fraud (it takes a fraud expert to think of these scenarios after all) and urged his supporters a few times to “watch” the polls (read voter suppression tactics). And when pressed by Wallace on whether or not he would accept the results of the election, Trump said in as many words that if there are issues with the ballots he is “not going to go along with it”, which is the most he has volunteered in recent weeks on the topic. That was moment #3.

Biden’s closing statements about the state of the country (“..we are weaker, sicker, poorer, more divided, more violent..”) rang true, and if he does manage to win the election this year, he has his work more than cut out for him.

At the end of the 90 minutes, the middle-school teacher looked relieved to be done with moderating (and often participating in) the debate. For the next debate, the moderator needs a gavel that would be loud enough to keep bellicose participants in check, or perhaps mic control capabilities. Oh, and Biden needs a boatload more energy in his delivery.

I may have found myself chuckling at times during the debate, but was left with disgust at having witnessed this display of utter lack of etiquette, gravitas, respect for the proceedings from the President and a desperate attempt from two men to provide a semblance of rigor to what has come to be Presidential debating in the United States in 2020. Decorum, decency and democracy are left wanting.

Rohita Shanker is a long time resident of the Pacific Northwest. She is a technology management consultant by profession. She enjoys art, theater, global travel, nature, photography, literary events and endeavors including writing on social issues. Rohita revels in the synergy she observes around her and is passionate about revealing and creating connections in all aspects of her life.