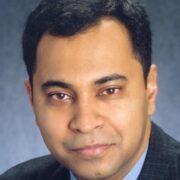 Amitabh Bachchan turned 80 on October 11. The “angry young man” of the 1970s who dominated Hindi cinema (colloquially called Bollywood) is now an octogenarian. Unlike many contemporaries who came and faded, his star still shines brightly as visible on Amazon seeking out him as the first Indian voice for Alexa earlier this year. Bachchan’s popularity is not just an Indian phenomenon, nor confined to the Indian diaspora, he is popular across the Middle East, Southeast Asia, East Asia and Sub-Saharan Africa. Why is he so popular? And why does he remain an active global phenomenon when his contemporaries have retired to the memories of yesteryear memes on social media? His larger-than-life presence and his professionalism have something to do with his longevity as an entertainer as also the sheer volume of high-quality programs – movies and television – that have defined him as the king of comebacks.

The son of renowned Hindi poet and English lecturer Harivansh Rai Bachchan, Amitabh had an upper-middle-class upbringing, being educated at Sherwood College, Nainital (an elite boarding school) and Kirorimal College in Delhi University. Working at Bird and Company in Calcutta (Kolkata) he dabbled in theater before deciding to try for Bollywood in 1969. Success was slow in coming as leading roles for men went to fairer, softer-looking heroes while Bachchan’s brooding persona and deep baritone were considered a bit much – one producer placed him as a deaf-mute in an early role. However, in 1973, he broke out with the role of an angry young man in “Zanjeer” and never looked back. 1975’s “Deewar” cemented him as a superstar, a position he held for a decade when producers could bank on a film with him alone being there a hit in an era when multi-starrers were needed otherwise.

Unlike heroes before and after, Amitabh Bachchan dominated the film world. He was 6.3”, unusually tall for Bollywood actors, and his trademark deep baritone conferred gravitas on his screen persona. He made it in the 1970s when “chocolate heroes” (conventionally handsome cheerful boyish stars) were unable to cope with the demand for darker (figuratively? literally?) and angrier roles. That decade saw two global oil shocks that caused runaway inflation and unemployment, a wave of strikes against governments in India, the Emergency and its abuses, and the optimism of the first two decades of post-independence India was over. Jobless young men were frustrated with the status quo and stories of Rai Bahadurs’ (ennobled title) sons returning from London to romance stubborn beauties in hill stations had lost their charm.

Enter the sullen Bachchan who was angry at the world and took out his anger on the system by heating up the bad guys. No titled son this, he usually played an underdog – a bastard child, a coolie on the docks, an orphaned policeman, a taxi driver, a bootlegger. Bachchan’s roles clicked with audiences as did his essaying them – unlike a Rajesh Khanna or Feroz Khan who oozed wealth and privilege and couldn’t quite capture the downtrodden. We felt Vijay’s (Amitabh’s character) anguish in “Deewar” when he said “main pehle ise sign nahin karoongaa” (I won’t sign first) when he was asked to sign a confession, since he felt he alone was being singled out while real bad guys were getting scot free. His character in “Don” says “isme aadmi kya nahaaye kya nichode” (with this little money what can one wash and what can one squeeze) – a common theme for the deprived classes.

Bachchan brought dignity to the working classes as well as revenge, all the while speaking in their tongue, their patois. Rather than utter chaste Urdu couplets as many “working class” heroes had done before him he sang “khaike paan banaraswala” an amped up song about being high on bhang – the hallucinogen beloved of his “Elahabad”. He was the bootlegger whose rubbish “high funda” English sentences light up the song “my name is Anthony Gonsalves.” He also spoke in “Bambaiya” – the Mumbai patois that is a working-class mix of Hindi, Marathi, and Gujarati.

Bachchan’s popularity had serious consequences for his career and Bollywood films. In the 1980s he stopped playing serious roles and opted for more of the Anthony-styled masala films – which he could admittedly do very well, but which produced a string of kitschy films. After 16 years with only three flops, his career appeared to peter out in 1989 and he took a break in 1992.

Life was hard with accusations of his complicity in an arms deal (later refuted, he won a court case) and the failure of a prescient idea to have an Indian corporation to thwart the entry of global corporations into the Indian movie market.

He returned in 2000 playing the angry middle-aged father (exactly the kind of character he would have rebelled against a decade ago) in “Mohabbatein.” By now he was known to a generation of middle-aged men and women as the tough-talking star of two decades and his familiarity led to new innings – as a media star. Bachchan hosted “Kaun Banegaa Crorepati” and turned the British-origin “Who Wants to Be a Millionaire” into a household get-together. People watched the show for Bachchan’s gentle humor and sharp wit as much as for the trivia or seeing people get rich. This was obvious in the number of people who came to the show and touched his feet, conveyed their family’s happiness that they met the great man, or even brought marriage proposals!

It was not all plain sailing. Somewhere along the way, the long tie with the Nehru-Gandhi family was broken. Bachchan had put his film career on hold to contest as an MP to help Rajiv Gandhi in 1985 but he felt the dynasty had disowned him when he was mired in court cases and potentially an embarrassment. His failed business ventures had created debts that he needed help with – politically as it turned out, first with the regional Samajwadi Party, and then making an accommodation with the ruling BJP. Bachchan also signed movies recklessly, cashing in on his popularity as a familiar entertainer. Perceptually, the saddest part was his seeming eagerness to endorse all kinds of products which led to his being lampooned on social media.

Caste Apartheid: India’s Other Export to the United States

But the hits kept coming – of the good kind. The aging star began accepting challenging roles -playing an alcoholic teacher to a deaf and blind young girl in “Black,” a police officer possessed by an evil spirit in “Aks,” a chef in love with a younger woman in “Cheeni Kum,” and as the narrator in countless films.

His contemporaries like Rajesh Khanna and Shatrughan Sinha had vanished from the scene. Others like Vinod Khanna found work as “character actors” – bit parts, or in the case of Dharmendra playing the lead in ludicrously bad films. Amitabh has continued to play the protagonist in many quality films, and he is still considered a major player in Bollywood.

In Bollywood, this lion still roars, despite his age. Happy Birthday, Mr. Bachchan!