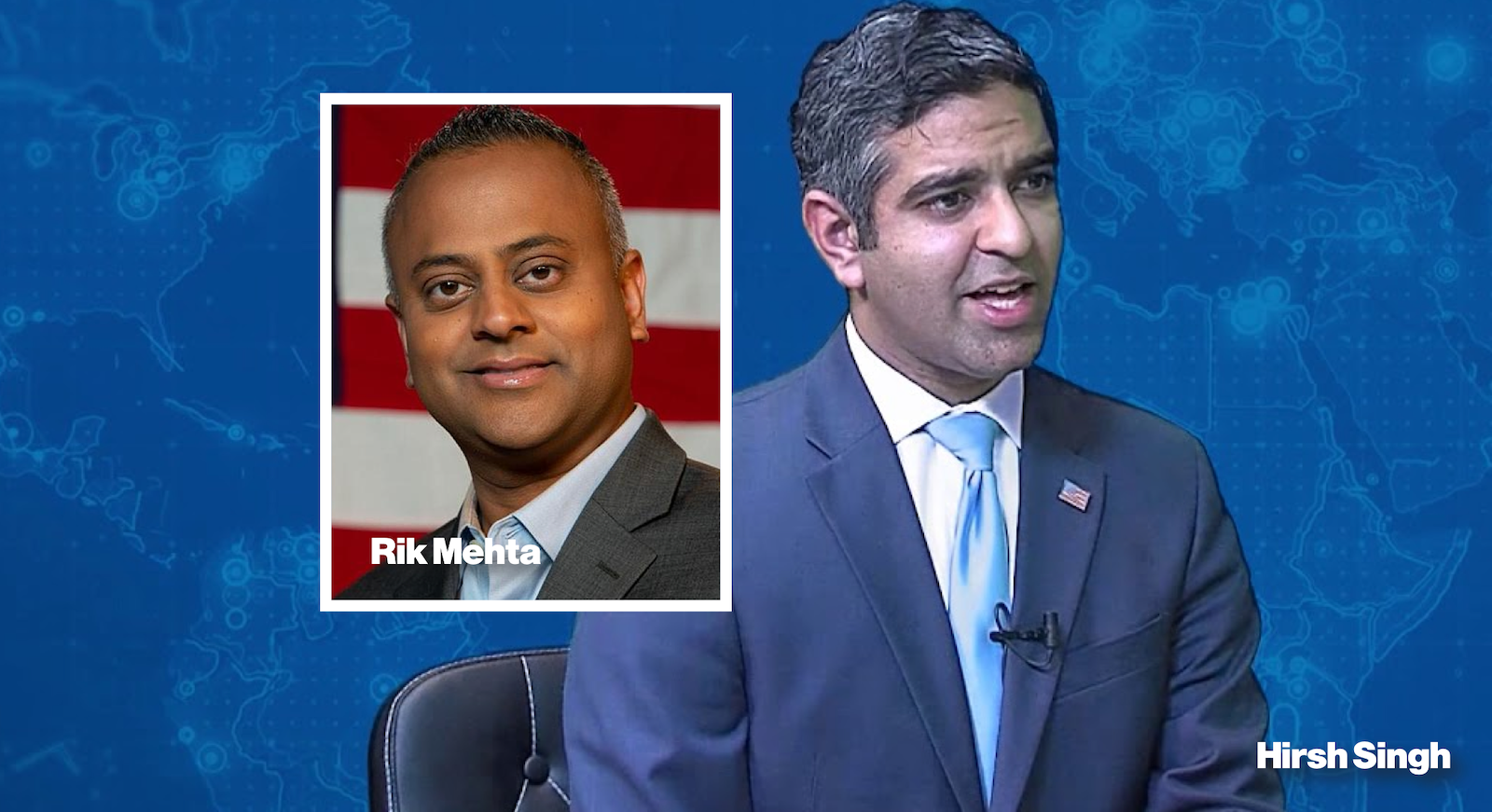 Although Mehta and Singh have both moved ahead with their political aspirations — Mehta seems to have not forgotten Singh’s alleged mudslinging campaign and has filed a defamation lawsuit against him.

Mehta filed his suit on Jan. 14, but submitted an amended complaint on Jan. 27, that dropped one of the original defendants, Shore News Network. “The initial complaint accused Singh’s campaign of using the South Jersey website as a conduit for misleading headlines and articles against Mehta,” northjersey.com reported, adding that the “allegations were abandoned without explanation in the updated suit.”

Local news reports including northjersey.com, New Jersey Globe and Insider NJ say that in the lawsuit, Mehta accuses Singh of spending more than $300,000 on a “smear campaign to flout the truth and create a series of repeated lies” through press releases, digital advertising and mailers. It alleges that Sing’s campaign targeted Mehta’s background as a pharmaceutical executive, accusing him of promoting dangerous opioids for Big Pharma and labeling him a “baby-killer” for selling “abortion pills.”

Northjersey.com says “Mehta, a political newcomer, had sought to become the first New Jersey Republican since 1972 to win election to the U.S. Senate.” Previously, he served as a consumer safety officer and deputy division director at the U.S. Food and Drug Administration under President Barack Obama from 2008 to 2012. NorthJersey.com says Mehta “switched parties because he was alarmed at what he called the ‘globalization of the medical supply chain while so many companies in New Jersey were shuttering’.”

In the lawsuit, Mehta says that Singh seized on that experience in the Obama administration and painted him as a closet Democrat, who was “involved in a conspiracy with the Democratic party to hurt President Trump,” northjersey.com said. Beginning in late 2019, Singh’s campaign allegedly distributed information calling Mehta an “Obama-era Administrator” and claiming he had deep ties to the Democratic Party despite being a registered Republican, the lawsuit says, as per northjersey.com.

By May, the attacks shifted to COVID-19, the lawsuit says. Things reportedly got worse when Mehta attended an October fundraiser at Donald Trump’s Bedminster golf course the day before the president tested positive for the coronavirus. “Mehta tested negative two days after the event, but refused to quarantine, drawing the ire of Gov. Phil Murphy” northjersey.com said.

Mehta wants Singh to reimburse him for money spent to counter the alleged defamation, as well as for alleged injuries to his reputation as a pharmacist, attorney and business owner.

Alan Zakin, Mehta’s lawyer, told Insider NJ that “Singh’s false charges forced Mehta to use resources in the primary that could have been saved for the general election against Booker.” He said his client “has to professionally overcome being called an ‘opioid pusher’ as a pharma executive who built a reputation making drugs safe and focusing on over the counter nutrients.” He added that Mehta “wants to take a stand in favor of facts and against candidates who spend lavishly on falsehoods.”

Both Mehta and Singh remain active in politics.

On Feb. 1, Mehta announced his intention to seek the Republican nomination for Congress in New Jersey’s 7th district in 2022 against two-term Rep. Tom Malinowski (D-Ringoes).

“When I ran for U.S. Senate against Cory Booker last year I made a promise, a promise that I said I would keep,” Mehta said on his Facebook page, announcing his Congressional bid. “I said that no matter what the turnout of that race will be that I would continue to fight to save small businesses, help struggling families, protect our most vulnerable, honor our veterans, secure opportunity for our children and defend our freedoms.”

Adding that the message “resonated across the state and the nation,” Mehta said “we went on to receive more than 1.8 million votes, more votes than any other Republican candidate in New Jersey history.” He continued: “But our mission is not yet complete, our goal to save small businesses, defeat COVID-19, and get people safely back to work must continue and be realized. So today, I am announcing that I intend on continuing that mission and keeping that promise to take the fight to Washington on behalf of all New Jerseyans who are demanding change.”

Announcing that he will be running for Congress in the 7th Congressional district, Mehta said He “will continue to fight on your behalf because the survival of our state, the well being of our family, and the future of our children depend on it. I will not back down from either side, I will put the people first always and together we will win this battle for the sake of our state, our nation, and our Constitution.”

Singh, an Atlantic County businessman, is bidding for the GOP nomination for governor this year, seeking to run against Phil Murphy.

On his Facebook page, he says: “President Trump got at least 1.8 Million votes in NJ during the 2020 election. Murphy in 2017 got 1.2 Million Votes. The Republicans that are in ‘leadership positions’ are trying to sell the narrative that only a Never-Trump Pro-Choice ‘Republican’ can win NJ.  If those that support President Trump and a Conservative Pro-Life agenda do not vote in 2021 do you think Republicans can win?  I don’t believe so and that is why I am running. Republicans can actually win if we have a conservative candidate instead of a Chris Christie Shill.”