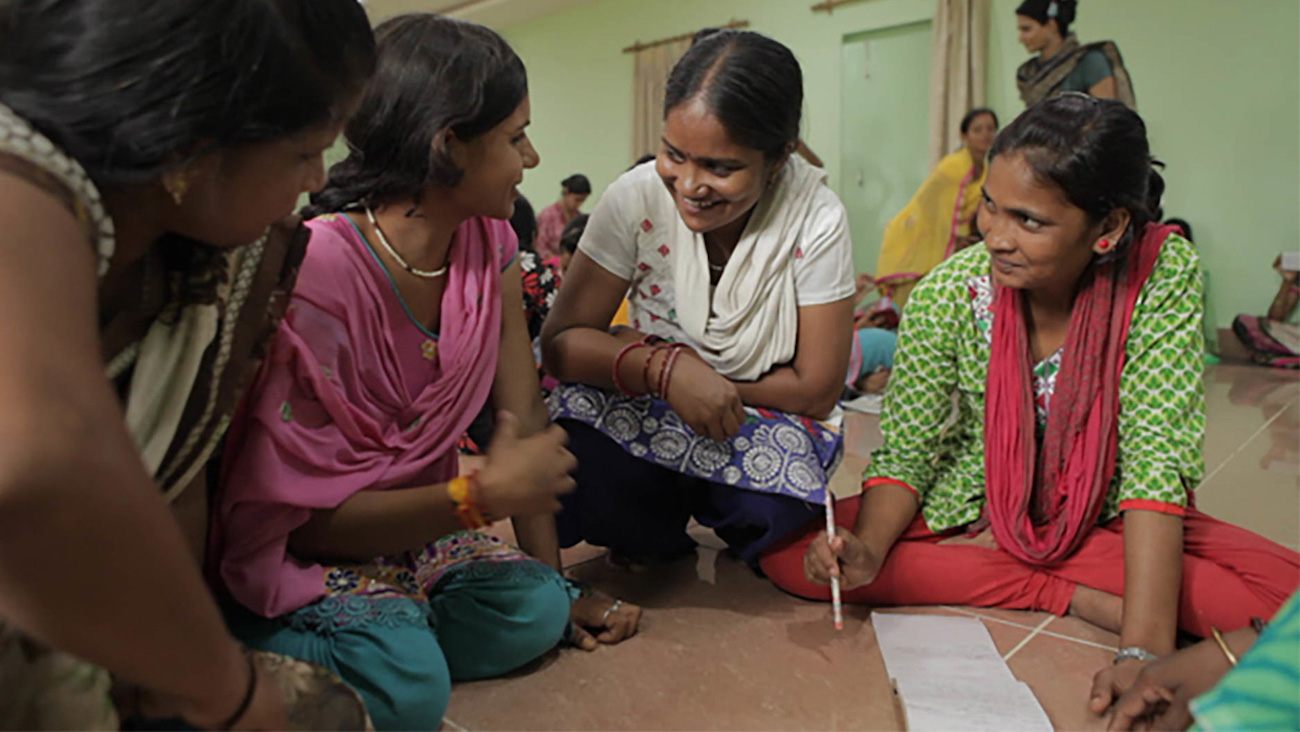 The Education of Kamala Harris?

All the three films representing India at this year’s Sundance Film Festival have a common theme: powerful stories of and about women. Two of them also deal with caste discrimination. Rintu Thomas and Sushmit Ghosh’s documentary “Writing With Fire,” follows the Dalit women behind news organization Khabar Lahariya; while the short film “Lata,” directed by Indian American Alisha Tejpal and written by Tejpal and Mireya Martinez, follows the daily routine of a domestic laborer in an upper-class home in Mumbai. Ajitpal Singh’s feature debut “Fire In The Mountains,” centers around a woman, the sole breadwinner of the household, who scrimps and saves for her son’s medical treatment.

The Sundance Film Festival began on Jan. 28 in Park City, Utah, and will run till Feb. 3. The festival is being held virtually because of the coronavirus pandemic. This year’s festival included 72 titles, including Rebecca Hall’s directorial debut, the race-themed “Passing;” Robin Wright’s first feature “Land;” the Casey Affleck starrer “The World to Come;” Sion Sono’s “Prisoners of the Ghostland,” starring Nicolas Cage; and Ben Wheatley’s virus movie “In The Earth.” Around half the films in the two narrative competition lists are by women filmmakers, according to the festival’s website.

“Fire In The Mountains,” premiered at the festival’s World Cinema Dramatic Competition section, the only Indian film among the 10 in this section. The 82-minute film is “about a mother who toils to save money to build a road in a remote Himalayan village to take her wheelchair-bound son for physiotherapy but her husband believes that a shamanic ritual (Jagar) is the remedy,” according to the film’s synopsis.

On the film’s social media handles, Singh said the story was inspired by a personal incident in his life. “The idea of ‘Fire In The Mountains” came from a personal tragedy, when my cousin sister Amarjeet Kaur died because her husband didn’t take her to the hospital thinking she was possessed by a ghost,” Singh said. “The film is about the clash of two world views — traditional and modern with a strong woman at the heart of it and I hope my film will make people ask some relevant questions about their blind faiths.”

The film is set in the Munsiyari region in Uttarakhand, and centers around a woman (Vinamrata Rai), “the sole breadwinner of the household, who scrimps and saves for her son’s medical treatment, while her alcoholic husband believes that an expensive shamanic ritual is the answer to all their woes,” Variety says. According to the Variety review, the film “also the brings out the stark divide between urban India, as represented by tourists, and the hardy hill folk in the film.”

Singh told Variety that he understood his own prejudices, “how it’s so deep-rooted, and how just with education and by reading books, it doesn’t just go away. You have to identify and then you have to work on it and it’s a constant process. You need to learn to question these power dynamics on a day-to-day basis, how just by being, we are unfair to women.”

Variety says that it was “Singh’s self-realization has resulted in a film that is deeply empathetic to women, yet doesn’t reduce men to caricatures.”

The film was part of the work in progress lab at India’s Film Bazaar, where it won an award in 2019. It is produced by Alan McAlex and Ajai Rai of Jar Pictures alongside Mauli Singh and Amit Mehta. Singh, who had previously directed several shorts, including the Oberhausen festival-winning short film “Rammat Gammat.”

Selected in the World Cinema Documentary Competition section is “Writing With Fire,” directed by Rintu Thomas and Sushmit Ghosh. “In a cluttered news landscape dominated by men, emerges India’s only newspaper run by Dalit women,” the film’s synopsis reads. “Armed with smartphones, chief reporter Meera and her journalists break traditions on the front lines of India’s biggest issues and within the confines of their own homes, redefining what it means to be powerful.”

These women belong to Khabar Lahariya and the documentary follows them as they make the transition from print to digital, shooting stories on their mobile phones and disseminating via their YouTube channel. “The three women the film primarily follows — chief reporter Meera and reporters Suneeta and Shyamkali — needed no empowerment from the filmmakers,” Variety says in its review. “The journalists are from the Dalit community, a so-called ‘lower’ caste in India’s old and entrenched caste system, a barrier that they triumphantly surmounted along with their sex in a deeply sexist part of the world.”

The Hollywood Reporter says “the documentary is best at offering a peek into the lives of Khabar Lahariya’s scrappy, self-made women, who are well aware that they are claiming for themselves a profession largely occupied by upper-class men.”

The documentary was shot over five years and charts the rise of Khabar Lahariya and how the women overcome numerous obstacles in their paths. “En route it takes in the rise of militant Hindu nationalism, India’s endemic rape culture and numerous other burning issues, without editorializing, but using Khabar Lahariya as a meta structure,” Variety says.

“It also avoids the trap of portraying the women as victims.”Ghosh told Variety that “Writing With Fire” “cannot be a victim story because whenever you hear ‘Dalit,’ more often than not, it’s either going to be a caricature or a victim. And for us, Meera and all the journalists, they embody a sense of power that Indians and the world need to witness. Because I believe that they’re showing us new ways of looking at an old world.”

Thomas told the entertainment portal that as filmmakers it was important that “these women tell that story, to become like a film that can amplify that voice, was the guiding light for us.”

Previous documentaries by Thomas and Ghosh include “Dilli” and the National Film Award-winning “Timbuktu.”

“Lata,” the 22-minute short focusses on a domestic laborer in an upper-class home in Mumbai. “Honing a quiet strength, Lata, a 23-year-old domestic worker, navigates her way through an upper class home in South Mumbai,” the film’s synopsis says. “Doors consistently open and close, giving Lata selective access to the various contending realities that occupy this space.”

In its review, IndieWire hopes that “Lata” can change Americans’ understanding of “India’s deeply entrenched caste system.” Comparing the film’s “delicate humanism and visual style evocative” of Alfonso Cuarón’s “Roma,” IndieWire says “Lata” a powerful and promising debut” from director/writer Alisha Tejpal and co-writer Mireya Martinez. “Sometimes Lata toils on the edge of frame, sometimes she takes center stage as she silently sweeps and folds ornate rugs,” IndieWire says. “As doors close on her face and conversations are had about her as if she isn’t there, we see and hear what she is allowed to see and hear.”