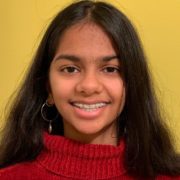 Trump’s Loyal Aide Kash Patel Did Not Get His 15 Minutes of Fame. He Got 14 Minutes of It

The South Asian diaspora has lately celebrated the appointment of Rishi Sunak, the first person of color as well as the first practicing Hindu, as the prime minister of the U.K. This might seem like a win for brown representation, however once seen more closely, does it really hold up? Is this diversity “win” simply a win for a member of an elite caste or class? Does it represent a real change?

Sunak has done several things which are unworthy of being celebrated. For one thing, some of his cabinet appointments are questionable. He reappointed Suella Braverman, days after she was forced to resign over a security breach. Soon after she was reappointed, she faced criticism for referring to refugees seeking asylum in England as an “invasion” on the country. The Times also reported that Braverman allegedly ignored legal advice that thousands of asylum seekers were being illegally detained in Manston, a processing center in Kent.

Sunak also appointed Dominic Raab as deputy prime minister and justice secretary. Raab had previously championed the Bill of Rights, aiming to replace the Human Rights Act of 1998. The bill would ensure that the Supreme Court in London would have ultimate power over human rights issues. The bill would also create a “permission stage” where claimants would have to prove they have suffered significant damage to be able to proceed, to avoid “trivial” legal actions. The United Nations said the bill “may undermine the enjoyment of human rights … in particular, the rights to a fair trial, effective remedy, equality before the courts, equality before the law, and non-discrimination.” Elizabeth Truss has since shelved the bill, however, Sunak’s willingness to appoint the man who championed it, as well as reappointing Braverman, says something.

Sunak and his Chancellor, Jeremy Hunt’s stealth tax raids will cost every household in the U.K. £5,000 according to the Labour analysis of the Office for Budget Responsibility predictions. Freezing tax thresholds means more people will fall into higher thresholds and will have to pay more. It is estimated that 3.2 million new taxpayers would be created by the six-year freeze and 2.6 million more would find themselves in high tax brackets. This puts the onus on working families instead of those who can afford it. While putting in place these stealth tax raids, Sunak also protects non-domiciles and private schools.

The non-domicile status means one does not have to pay taxes on their overseas income. Sunak’s wife, Akshata Murty claimed this status and it may have saved her up to £20 million. The fact that this was revealed at a time when Sunak was raising taxes seems a little hypocritical. Sunak also refuses to budge on the issue of private schools’ tax breaks. Private schools in the U.K. can claim charitable status, enabling them to gain tax relief. Labour leader, Keir Starmer, recently questioned Sunak on this saying, “Winchester College has a rowing club, a rifle club and extensive art collection – they charge over £45,000 a year in fees … Why did [Sunak] hand them nearly £6m of taxpayers’ money this year in what his leveling up secretary calls ‘egregious state support’?” Sunak himself attended Winchester College, making Starmer’s attack more personal. Sunak tends to target the working population in his attempts to save the economy rather than the economic elite, which he happens to be part of.

Sunak remains out of touch with the working people. His rich banker background and his recent embarrassing interaction with a homeless man on Boxing Day prove that. With wealth like that, would Sunak be able to relate to the average person suffering from the cost-of-living crisis? Nesrine Malik writes beautifully for The Guardian on “the emptiness of elite diversity.” Sunak’s appointment as the first prime minister of color and the first practicing Hindu has been touted as something that must be celebrated, leaving no room for meaningful criticism as to why his appointment is a problem. Labour MP Nadia Whittome was ordered to delete her tweet saying, “Black, white or Asian: if you work for a living, [Sunak] is not on your side.” Whittome, who like Sunak also comes from an Indian origin background, however, was ordered to delete her tweet due to the ways in which the elite have co-opted the diversity movement to keep themselves in power. Sunak may be the first British-Asian PM, but let us also remember that he was the richest MP in history and the first PM to be richer than the king.

This phenomenon of empty representation extends beyond Sunak’s leadership. A few months ago, Priyanka Chopra interviewed Kamala Harris. Both Chopra and Harris have been seen as major figures of South Asian representation in the U.S. and the interview was also endorsed as two brown icons (with Harris also being half black) having a conversation. However, what meaningful change has either of them really created for the brown community? In the interview, they discuss important issues like abortion rights, mansplaining and gun control. But they do not really add anything new to the conversation or go too far beyond the surface-level discourse that has already been had.

Chopra’s politics have always been mainly about what is convenient for her. She has met with Modi, given a confusing statement on the CAA-NRC protests and tweeted her support for a nuclear war on Pakistan. Essentially, she chooses to be woke whenever it fits her, leaving her lacking as a pillar of brown representation. As Chopra and Harris are considered to be South Asian icons, Rohitha Naraharisetty writing in The Swaddle, says, “… Priyanka Chopra and Kamala Harris are already progressive wins by default, by virtue of just existing within these spaces.” She goes on to say their conversations are “thus safe, in that they are acceptable opinions to voice in public, with no repercussions.”

Naraharisetty also explains that the main issue with South Asian representation is that it “caters to a white, Eurocentric gaze, without changing anything structurally about white supremacy or other forms of power.” As Naraharisetty said, simply being brown in a white space is already considered to be a win, so Harris and Chopra don’t go any deeper and instead end up becoming part of the white supremacist spaces.

Ghalib of Our Time: My Brief Meeting With the Man Whose Lyrics Made My World a Better Place

Brown representation also tends to be often upper-caste Hindu representation. The main characters of the popular Netflix show “Never Have I Ever” are upper-caste and at times, Islamophobic. In one episode, the protagonist’s cousin, Kamala, meets a woman named Jaya at a Ganesh puja. Jaya tells Kamala she regrets her marriage to an American Muslim now that she has become an outcast in the community and her parents have cut contact with her. She advises Kamala to marry inside the community.

Mindy Kaling, the show’s creator, could have challenged the casteism and Islamophobia in the Indian community, especially in the arranged marriage system, but she chose not to. In another example, popular rapper, Raja Kumari has faced criticism over lyrics indicating her Brahmin pride. She has not apologized for this but has instead tweeted, “I’m not casteist. This is a misunderstanding and I am willing to continue to have this conversation. Cancel culture does nothing for the culture.” She has never done anything to continue the conversation, showing a lack of interest in actually understanding why she was called out and educating herself. Dr. B.R. Ambedkar once said, “If Hindus migrate to other regions on earth, Indian caste would become a world problem.” This can clearly be seen happening with the diaspora today.

After years of talking about issues like “chai tea”, it is time for the diaspora to create more meaningful discourse around what it means to represent brown people. If we continue to celebrate “wins” such as Rishi Sunak and Priyanka Chopra, we will only be hurting ourselves. We are allowed to criticize our representation; it is the only way for our representation to improve in the future. If the seats being occupied by the white elite are only being replaced by the brown elite, it defeats the purpose. While brown faces in politics of white-dominated societies and shows like “Never Have I Ever” are a start for much-needed South Asian representation, it is important to make sure that representation engages with the diaspora thoughtfully and with nuance.

Iman Mannathukkaren is a grade 11 student in Halifax, Canada. When she’s not doing homework she likes to read, write and dance.