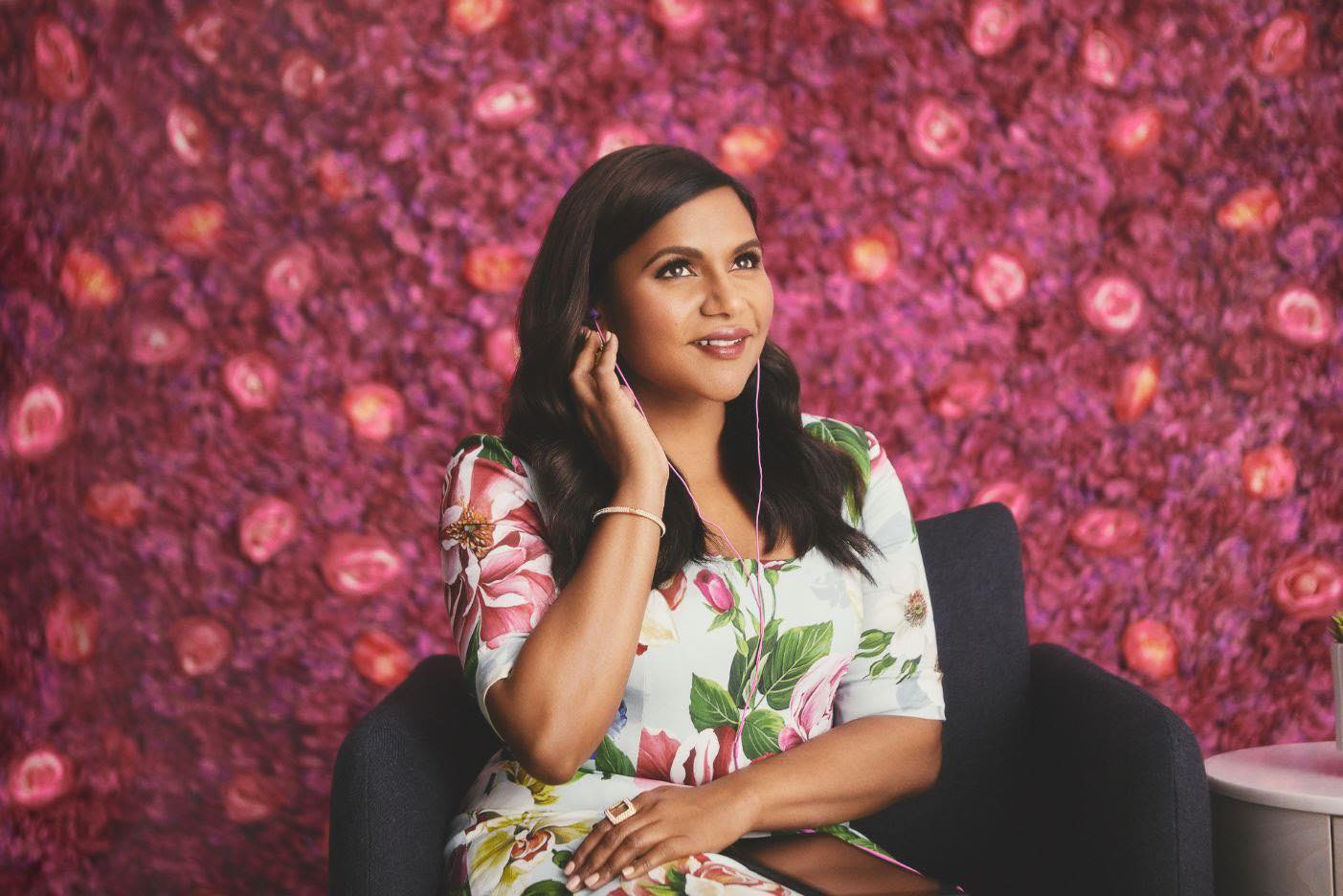 Vera Mindy Chokalingam, better known as Mindy Kaling, has never completely identified herself as a Hindu. “I am a kind of Hindu,” she writes in “Nothing Like I Imagined (Except for Sometimes),” a collection of essays which came out on Oct. 6. Growing up in Cambridge, Massachusetts, Kaling’s Hindu identity was synonymous with attending pujas “once or twice a year,” and since she moved to Los Angeles, it meant feeling “uniquely qualified” to order Indian food when out with friends.

But that changed once her daughter, Katherine Swati Kaling was born. “Even if I don’t exactly care if my daughter is Hindu, I definitely don’t want her to be some other religion,” she writes. “So, I looked down at my sleeping eight-month-old baby and I whispered, ‘You will not be a member of the Hillsong Church!’”

Personal anecdotes like this offer a glimpse to a side of the 41-year-old Indian American’s life that she’s never shared before. Through the six essays, Kaling opens up about important moments in her life after she became a mother. She writes about her decision to raise her daughter as a Hindu, why she hired a baby nurse and the pros of being single. She recalls how her Tamil father, Avu Chokalingam, an architect, and Bengali mother, Swati Chokalingam (née Roysircar), an obstetrician/gynecologist, met in Lagos, Nigeria, and how, for a lack of having a common language, it was English that became their medium of communication.

The essays make an interesting read, as the otherwise vocal Kaling has always been extremely private about her personal life, especially when it coms to her kids. She even managed to keep the birth of her second child, Spencer Kaling, a complete secret. The writer, actor and producer recently revealed the birth of her son on “The Late Show with Stephen Colbert,” on Sept. 8. “I’m telling it for the first time now, I gave birth to a baby boy on September 3,” she told Colbert, adding that she named him Spencer. Her daughter, Katherine, is almost 3.

In the first essay, “Mindy Masala,” Kaling gets the most personal, sharing details of her first year as a single mother to her daughter. She writes about her decision to have a ‘Mundan’ for Katherine, and how she went about coordinating it. She writes about how having a daughter forced her “to grapple with questions” she “could ignore” when it was just her. “How Indian do I want my daughter to be,” she wondered. She even contemplated to start “being more Indian really quick, like right now,” so she could “trick her into believing this has always been my deal.”

The ‘Mundan’ episode, however challenging, enables Kaling to make a few decisions in her life as well. After she managed to perform the ‘Mundan’ ceremony by combining the Hindu rituals and an American style party, she places a Ziploc bag of her child’s hair next to a photo of her late mother in her 20s. And then the sobbing starts, she writes. “It finally dawned on me,” she writes.

From Trousseau to Traditions: How Bollywood Impacts Indian Weddings in the Diaspora

“I have a child who will never know her grandmother, the person who was the closest to me in the world. And I was about to start this journey with my daughter by myself.” But while the thought of raising Katherine without the help her mother “terrified” her, the traditions her mother raised her with, “comforted” her. “The reason I’m ‘Kind of Hindu’ and will raise my daughter to be ‘Kind of Hindu’ is to have this connection deep inside my own heart to other people who look like us and have shared key experiences, thousands of miles away… As long as Kit and I are ‘Kind of Hindu’, we will never be alone.”