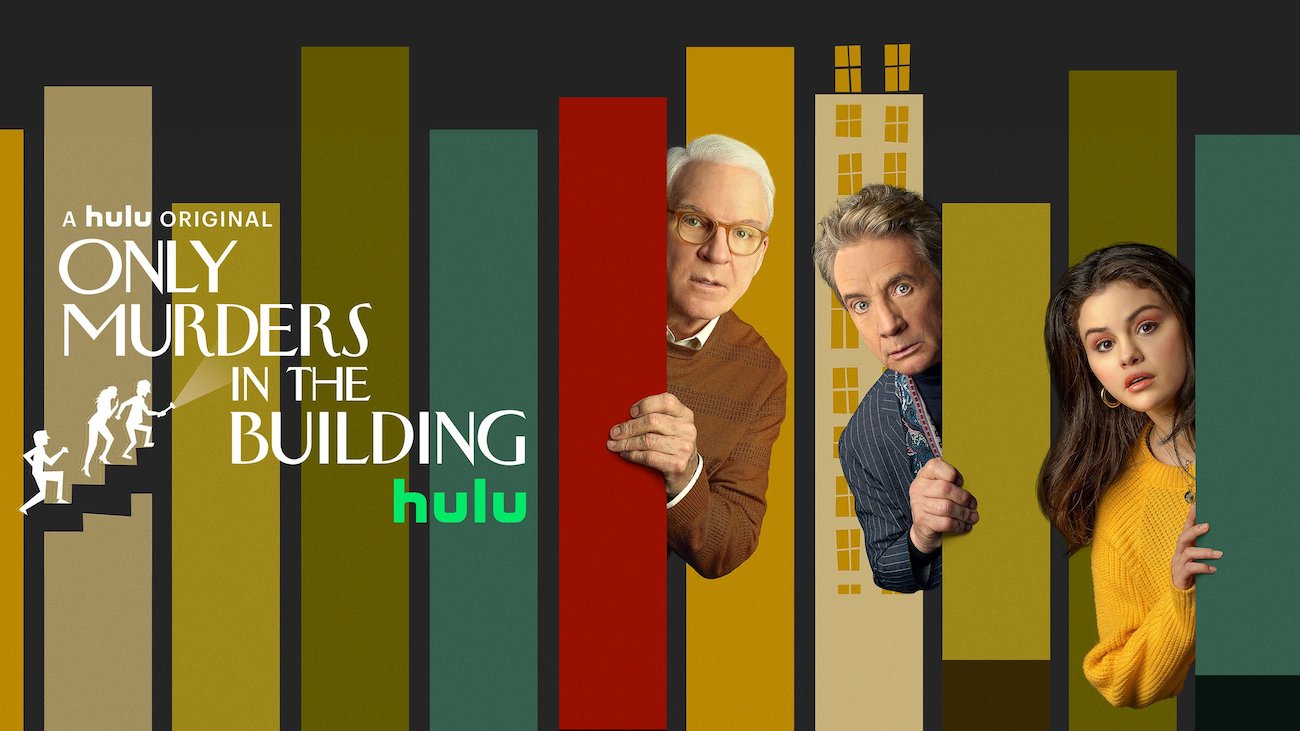 “Only Murders in the Building” is a television series created by Steve Martin and John Hoffman. The show started streaming on Hulu on August 31, with new episodes dropping every Tuesday. Being an avid fan of the mystery genre, I immediately subscribed to Hulu. Addicted to Agatha Christie, Sir Arthur Conan Doyle, Louise Penny, Ann Cleeves, David Baldacci and more, I have scanned the streaming services for old and some new TV mysteries like “Money Heist” and “Lucifer” during the pandemic months.

Last year, I even started a podcast with my friend called “Motives, Clue and Alibis” on Spotify! So, I am a fan. I watched the inaugural episodes with unabashed excitement with a bowl of buttered popcorn and a bubbly Perrier. “Only Murders in the Building” is an implausible story of three strangers, played by Steve Martin, Martin Short, and Selena Gomez, who live in the Arconia building in New York City. They find out that they share an obsession for a true-crime podcast.

Steve Martin plays Charles-Haden Savage, a 1980s actor of the detective drama who lives in oblivion but his eyes light up when someone recognizes him and mentions the show “Brazzos”! Charles arbitrarily clings to his waning celebrity status in a characteristic “disarming” Steve Martin style. Martin Short is Oliver Putnam, a struggling Broadway director, who is even more confused in his purple cloak and extraordinary ability to contradict Charles in every frame but has unusual gumption!

When they find out that Tim Cono is murdered, he rallies up the unlikely trio and promotes the idea of a murder podcast playing their confident but extremely eccentric director. Singer, songwriter and actor Selena Gomez as Mabel Mora is a cool, hip and abrasive renovator/decorator. She adds a delicious edge to the two veteran actors’ easy/ bumbling comedy. They take potshots at each other all the time. And improvise with ease. Also, there is generational humor. “When did an ice cream flavor become like hand-lotion?” Unique.

Going up and down the building elevator, the three self-made sleuths discover that their neighbor “Tim Cono”( Julian Coho) is murdered! Like many New Yorkers who live isolated lives, the trio in this show also has no idea who Tim Cono was? They try to gather clues by talking to other neighbors, surreptitiously breaking into his apartment and also attending a “funeral meeting”, where they find that the neighbors were not very sad about losing Tim Cono. The New Yorkers were more contrite about the death of “Evelyn the cat,” than poor “Tim the guy”.

The law enforcement believes it is a suicide, but the three think that it is a homicide. They are curious about a “frantic phone call” and a package addressed to Tim Cono with an engagement ring. They decide to start a podcast titled “Only Murders in the Building” as they continue to investigate. It is revealed that Mabel was once friends with Kono as evidenced by an old photo of herself and her friend group dubbed “My Hardy Boys.” In the episode that aired on Tuesday the 14th of September, Charles and Oliver go on a wild car chase in a flamboyant Toyota along Long Island Expressway. They make some insane limericks/ rhymes about their last trips to the Burroughs. But they are very serious about following Mabel who is seen with a guy in a tie-dye hoodie. Their car breaks down. They hitch a ride with two horticulture enthusiasts who have a popular podcast with several thousand followers.

A Teachable Moment: Netflix Series ‘The Chair’ is a Captivating Exposé of Life in a Liberal Arts College

So far, “Only Murders” has received great accolades from viewers and critics. Everybody loves a thrilling whodunnit but when you add an esoteric comedic approach to crime fiction, the result can be unexpected. I think they are a bit tongue-in-cheek like some droll murder podcasts: My Favorite Murder, A Very Fatal Murder, This American Life. So far they are hilarious! I am anticipating that they will build up momentum similar to Inspector Clousseau of Pink Panther fame. Or they might be even better. I will continue to watch. I much prefer this series over the other show streaming on Hulu “Nine Perfect Strangers”.

With one foot in Huntsville, Alabama, the other in her birth home India and a heart steeped in humanity, writing is a contemplative practice for Monita Soni. Monita has published many poems, movie reviews, book critiques, essays and two books, My Light Reflections and Flow through My Heart. You can hear her commentaries on Sundial Writers Corner WLRH 89.3FM.