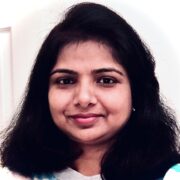 Blame Modi? Health is a ‘State’ Subject and Lambasting the Central Government Will Not Do

India is gasping for breath. Death is everywhere! People are helpless, frustrated, angry and crying, ‘Hope’ isn’t in sight. No one is saying “don’t worry everything will be alright”, because they know the reality, that that’s the lie. No one knows when this will stop, will by the time they will be alive to see any light. I really have no answers.

Some people are saying this is not the time for politics, do not blame the government, and just help other people if you can. But that’s wrong. This is the exactly the time you ask the government the accountability of the failure of governance and take responsibility of the deaths which could have been avoided.

These deaths are not just deaths, these are murders. A majority of lives are lost not due to covid, but due to lack of treatment, lack of ICU beds, lack of medicines, and lack of oxygen.

Some are blaming Prime Minister Modi for being incompetent as he could not control or protect India from this catastrophe. Yes, incompetency is dangerous for health and growth of the country, but knowingly pushing the country into the mouth of death is a criminal act.

As per the World Health Organization (WHO) the predominant lineage of B.1.617 was first identified in India December 2020 and an earlier version was spotted in October. This brings to people questioning, why didn’t the government release this information and act accordingly.

Mamta Kashyap is a New Jersey-based woman rights activist, teacher, non-profit and Real Estate professional. She is a mother of two children. Mamta is the recipient of the Ford Foundation International Fellowship. She alumnus of the London School of Economics and Political Science.