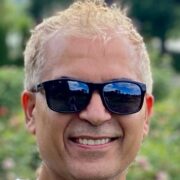 It is probably time to retire the tired old phrase ‘as American as apple pie.’ Here is a suggested replacement: ‘as American as mass shooting.’ Because apples grow all over the world and pies, too, are plentiful. Real American heritage manifests in our unique penchant for mass shootings. And this equal opportunity activity ensures that no venue is left behind.

You ask about schools? Of course. In many ways, schools are where this trend really got going in the late 1990s. We see the full range too, from kindergarten all the way to high school and university. And then there are churches, temples, concerts, movie theaters, clubs, malls, offices, etc. Hard to keep up with the ever-expanding embrace of this trend. There is nothing more American than the constant possibility of a mass shooter exercising their 2nd amendment right at any place, at any time.

However, alas, there is no dearth of naysayers wanting to take the sheen off this inimitable American phenomenon, seeking to credit mental health issues or violent video games, among a litany of other wannabe show-stealers.

Of course, it is easy for anyone to see through their humblebrags. Mental health illness afflicts people all over the world and video games are omnipresent. But to be able to act out with such ease on your hate, mental illness, derangement, isolation, or psychopathy with a glorious display of the prowess of AR-15s and similar fine products is a storied American tradition. A tradition is so well-seared into our psyche that when my wife informed me of the latest such ‘news’ (an arguable description, one could say), I remarked nonchalantly, ‘it had been a while since we had the last one.’

Somehow these events still dominate the news cycle for a couple of days. Well-rehearsed rituals of ‘thoughts and prayers’ and ‘let’s not politicize the shooting’ compete with calls to address gun violence, deep dives into shooter psychology, and the eulogies, the shelf-life of whose emotional appeal diminishes with every shooting.

And in a salute to American capitalism and entrepreneurial spirit, an entire cottage industry thrives off this collective American endeavor: from bulletproof backpacks and DNA identification labs for the littlest ones, to private security agencies and lobbyists on every side of this perennial gun debate.

Mashallah!  Ms. Marvel’s Eyes Sparkle, Her Heart is in the Right Place and the Bangle Fits

As first-generation American immigrants, we now feel truly assimilated, having thoroughly internalized the all-American desensitization to these mass shootings. We have adapted just the right lingo to participate in the obligatory, sanitized water-cooler discussions at work. With so many opportunities presented to us every year, we have perfected this cherished American cycle: rinse the blood, wash our conscience, repeat.

Haters may say we have lost part of our souls, but that is a small price to pay when our hearts truly bleed platitudes draped in red, white and blue.’