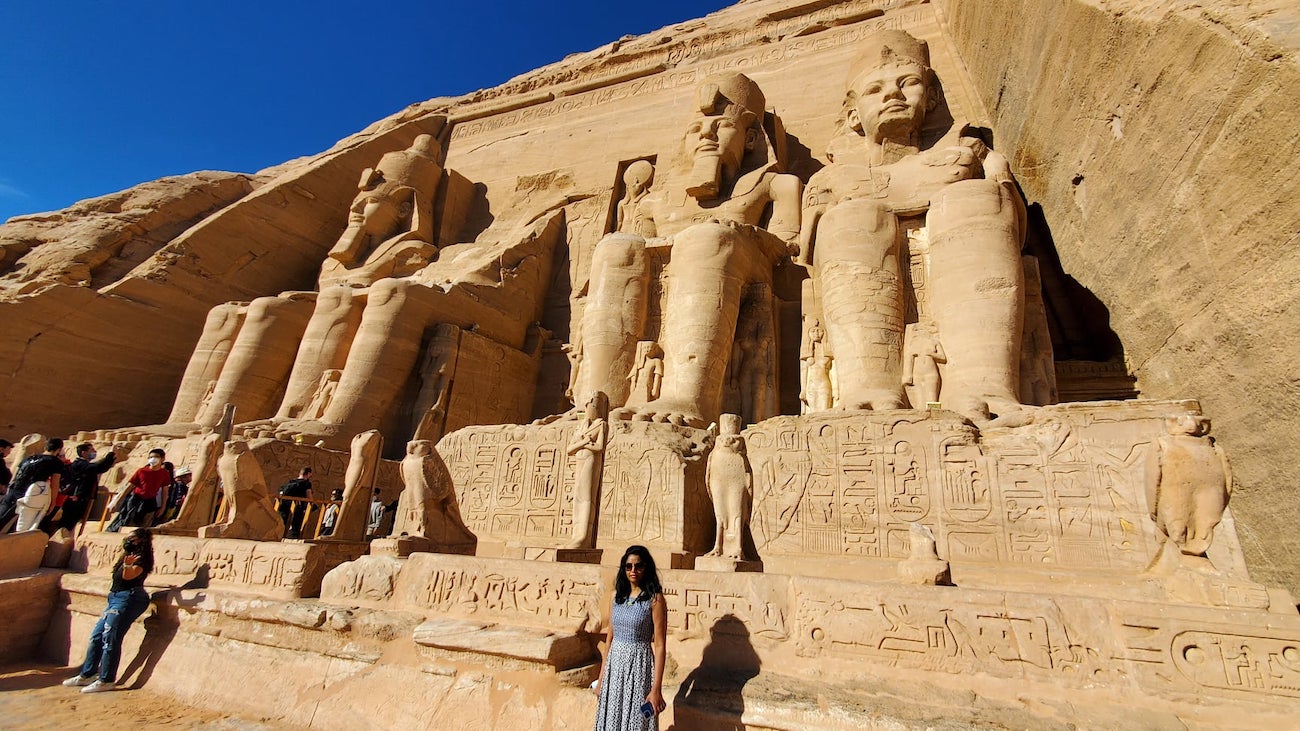 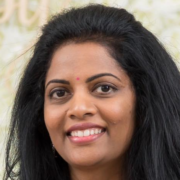 Indian Family of 4 Succumbed to Freezing Weather While Crossing Illegally Into the U.S. From Canada

The trip felt like a crash course on ancient Egyptian history and mythology. I remember complaining to my son how confusing it was for me to tell the difference between history and mythology, how there were many Pharaohs, many more Gods and Goddesses, and how they all come up together in every story, making it impossible to separate facts from fiction. I wanted to deliberately ignore some, owing to my limited memory cells, but they all had built something great or had some special power that I couldn’t disregard any information thrown at me. At the end of it, I realized that even if I had a lifetime to spend researching the land, its people, and its rich history, I wouldn’t have learned a fraction of it. And don’t even get me started on hieroglyphics!

Egypt is called the Gift of the Nile (pronounced “Neel” which made my son Neel feel very special during the trip) for a reason. The entire country, other than Nile’s delta region, is a desert with very few oases. The river not only provides water to the entire nation but is also used as a means of transport. The annual flooding of the river Nile has special importance and is celebrated for multiple reasons — the silt deposits that made agriculture possible for early Egyptians and also for the transportation of limestone and large pieces of granite used in building the monuments. Egypt owes its civilization and even its survival to the river Nile.

Cairo is a busy city with more than one-tenth of Egypt’s population of a hundred million calling it home. Traffic dictates your itinerary, so plan to stay longer or be prepared to give up on a few things from your wishlist. Our day started with a trip to the city of Memphis, one of the first capitals of Egypt before the Pharaohs moved further down the Nile to Luxor and other southern cities. The ruins here are definitely in ruins as they belong to the old kingdom which was around 2,700 BC.

The necropolis of Saqqara is a stone’s throw away from here and is home to the first pyramid ever built — the Pyramid of Djoser, also referred to as the Step Pyramid. Saqqara also has several more pyramids and mastabas. The former were exclusively used as final resting places for Pharaohs, the latter are flat-roofed and were meant for other nobles. Both the structures, however, have several tunnels built to confuse tomb raiders and a burial chamber where the Pharaohs were laid to rest along with food, gold and other treasures to help them in the afterlife, “Ka,” the ancient Egyptians’ concept of the soul.

After the Great Pyramid, they started getting smaller and smaller and eventually replaced by less conspicuous tombs during the New Kingdom because of labor-intensive construction and heavy costs involved; not to mention that they were being plundered anyway. Ironically, the three Giza Pyramids that were believed to have bankrupted ancient Egypt are now giving back in tourism money.

After a quick trip to the Mosque of Muhammad Ali, we spent our entire afternoon at the Egyptian museum. Everything in the museum was impressive, but the highlight was the boy-king Tutankhamun’s collection — his mask, throne, and tomb, all in Gold. Mummies of his grandparents Yuya and Thuya were, let’s just say, interesting. What was more intriguing to me, more than the mummification process itself, was the fact that the Egyptians had mastered it centuries ago. At this point, I was wondering how the Pharaohs had such immense wealth and resources, but they spent it all on themselves – mummifying themselves and being put to rest in great tombs with food and treasures. The height of narcissism, even in the afterlife.

It gets really interesting as you move down the Nile to the city of Luxor, which has more than one-third of the world’s ancient monuments. And they are in better condition than the ones in the northern cities of Memphis and Giza as they were built by the Pharaohs from the New Kingdom around 1,500 BC. Contrary to what its namesake hotel in Las Vegas looks like, Luxor does not have any pyramids but has many temples that take your breath away. Interestingly the structure of these temples, with separate sections — the outermost for common people, the middle section for priests and kings and the inner sanctuary for Gods, is very much like the Hindu temples I grew up visiting. Some of the religious rituals such as offering food and burning incense are very similar to Hindu rituals as well.

Luxor sits on top of an ancient city called Thebes which was a bustling city during a period known as the Golden Age, when Egypt was at its peak with civilization. A center for trade, art and culture, this city has prospered for centuries. As is with most ancient Egyptian cities, Thebes has two parts — the eastern bank with its temples and main city, and the western side where structures relating to the afterlife were built. This is based on their belief that life begins in the East where the Sun rises and ends in the West where it sets.

Karnak temple has a huge compound with many sub-temples, pylons, obelisks and other structures within, the main one being the Temple of Amun-Ra, the Egyptian Sun God. The significance of this temple is that its construction went on for two thousand years with each Pharaoh adding a thing or two to it. The bigger-than-life temple with its pillars, great halls and sphinxes takes your breath away. The nearby Luxor Temple is equally magnificent and many annual festivals tie the two temples together. One ritual involves carrying a statue of Amun-Ra down the Nile in a boat for a short stay with his wife Mut.

On the west side, which is meant for everything related to the afterlife, the Valley of the Kings and the temple of Hatshepsut are the most significant. Several rock-cut tombs of Pharaohs, the current count at 65, have been excavated in the Valley of the Kings and are now open for public viewing. Although the inside of each tomb is different, the general plan is to have one or more corridors, a burial chamber and a few smaller side rooms to hold treasures.

Needless to say, the walls of the corridors and burial chambers were decorated with glorifying images of the King and the gods. The Temple of Hatshepsut, another architectural wonder, was built to showcase the achievements of Queen Hatshepsut but was destroyed by her successor and step-son Thutmose II. Renovated since then, the template has multiple statues of the Queen dressed as a man, for Egyptians to accept her as their Pharaoh.

I am not sure how I was able to manage so far not bringing up Horus, one of the most popular gods who is known as the Avenger as he avenged his father’s death by defeating his evil uncle Set. The temple in Edfu, which is mostly intact as it was built during the Ptolemaic period, is a temple dedicated to Horus and its walls have multiple combinations of Horus being honored by the Pharaoh with his protective mother Isis watching over him.

The most interesting thing about the temple of Kom Ombo in Aswan is that the entire temple is duplicated, one entire side is dedicated to Horus, our popular Falcon God and the other to Sobek, the crocodile God of death. The temple was spectacular but I was more fascinated by the mummified crocodiles in the museum next door. These crocodiles were kept in the temples and worshiped before they were mummified.

As we woke up at 3 am to get started on the 4-hour drive to Abu Simbel, I was wondering if the day trip was worth the effort. The temple simply blew my mind! These two massive rock-cut temples, one for King Ramesses II and another smaller one for his wife Nefertari, are not like anything I have ever seen. I was further overwhelmed when I learned that this entire temple, including some parts of the mountain, have been relocated from a place that was expected to be submerged because of the construction of the Aswan High Dam. The temple was cut into large blocks, numbered and reassembled like the pieces of a puzzle. The interior walls depict King Ramesses II triumphing over his enemies in battles.

Our trip came to an end with a quick tour of the High Dam, unfinished obelisk, and Philae Temple, another temple relocated from an island that was sinking. If I have to describe my experience in Egypt in one word, I would say humbling. I was able to gain some knowledge but it felt like there is much, much more to learn about this civilization that dates back to 3,000 BC. If you were overwhelmed by what I shared, I want you to know that I barely scratched the surface!

Padma Nadella is an IT professional who lives in Eagan, Minnesota with her husband and 15-year-old son. She manages a Facebook group for Minnesotans to collaborate on events and activities related to health and fitness. The group now has over two thousand members. Jack of all trades, she enjoys playing volleyball, traveling the World, and entertaining mostly, but dabbles in everything else.