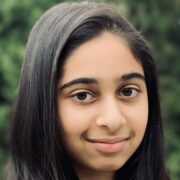 Those who face injustice are being held back and cannot move out of the “caste” system. I will focus on the intersections between Dalits and African Americans in the United States based on the American caste system.

In South Asia, the caste system has been the dominating feature of social organizations for thousands of years. Dalits, also known as the untouchables, are considered the lowest group of people in India. They are the lowest part of the caste system and are excluded from basic human rights. Dalits perform jobs such as manual scavengers, and cleaning toilets and sewers by hand. They work under slave-like conditions and work in fields or factories for less than $1 U.S. dollar a day. India’s population is around 1.3 billion with 200 million being Dalits.

India’s caste system was abolished in 1950, yet the Dalits are still faced with a lot of discrimination today. India’s National Crime Records Bureau indicated that in the year 2000, 25,455 crimes were committed against Dalits. Dalit children are normally forced to sit in the back of classrooms and continue to face discrimination.

The Black population in the U.S. is also faced with discrimination. On December 18, 1865, the 13th amendment was adopted and officially abolished slavery. However, although slavery may have been abolished, there is still segregation.

At a rally in Washington D.C, in 2010 Harry Belafonte said, that “although slavery may have been abolished, the crippling poison of racism still persists, and the struggle still continues”. “Black Codes” were the first official steps toward segregation. They were laws that indicated where Black people could work and live and ensured Black people’s availability for cheap labor. Segregation was enforced by Jim Crow laws that segregated schools, colleges, residential areas, public parks, theaters, pools, cemeteries, and jails.

In 1964, President Lyndon B. Johnson signed the Civil Rights Act which legally ended segregation. However, to this day the black population still faces discrimination. Laws that led to segregation and discrimination have been abolished. Yet these people still face it.

Campaigns, organizations, and groups of people have come together to tackle this problem. Some powerful people who fought for these injustices include Martin Luther King Jr. and Mahatma Gandhi. Gandhi was a leader of India’s non-violent independence movement to fight for the civil rights of Indians against the British. Martin Luther King Jr. is known as one of the most important leaders of the civil rights movement. He fought to end racial segregation in the United States.

Even though King never had the chance to meet Gandhi, he was still influenced and inspired by him and his approach to non-violence protests. These campaigns intersected and influenced one another while both fighting for these injustices. When Martin Luther King Jr. visited India and was visiting a high school in Kerala the principal said “young people” “I would like to present to you a fellow untouchable from the United States of America.”

King at first was shocked and did not understand the connection of why he would be referred to as an untouchable. He then thought about the lives of the people that he was fighting for and how they were considered the lowest rank in America for centuries is when he confirmed to himself, “Yes, I am an untouchable, and every Negro in the United States of America is an untouchable. ”It was at this moment when King realized that America had imposed a type of caste system different from the one in India. The suffering that the Dalits have endured, is parallel to the enslavement of African Americans. The slaves of the United States were called upon to do the most basic jobs and work under similar conditions just as the Dalits did back in India.

Both groups of people had to experience segregation in schools and society. The Dalits followed the American civil rights movement and felt a strong kinship that they created the Dalit Panthers, which was inspired by the Black Panther Party which fought to help African American communities.

Social justice reform is leading a path for people to start waking up to what has been the reality for African Americans for centuries. This discrimination towards African Americans needs to stop at the roots of the mindset that was built by white people who are the dominant caste. The United States needs to stop this caste system and raise equality for all, regardless of color. George Floyd’s death never would have happened to a person born to the dominant caste.

The person responsible was given a guilty verdict, but the system that it originated from was not given a guilty verdict. The system is broken and needs to be rebuilt in order for a new path forward without a hierarchy. Gandhi once said, “be the change that you wish to see in the world”. If the change is re-setting the mindset, then that is what we must open our minds to do.

Amani Taneja is an 8th-grade student and a second-generation Indian American from Washington state. Her hobbies include playing badminton, tennis, reading, and traveling.