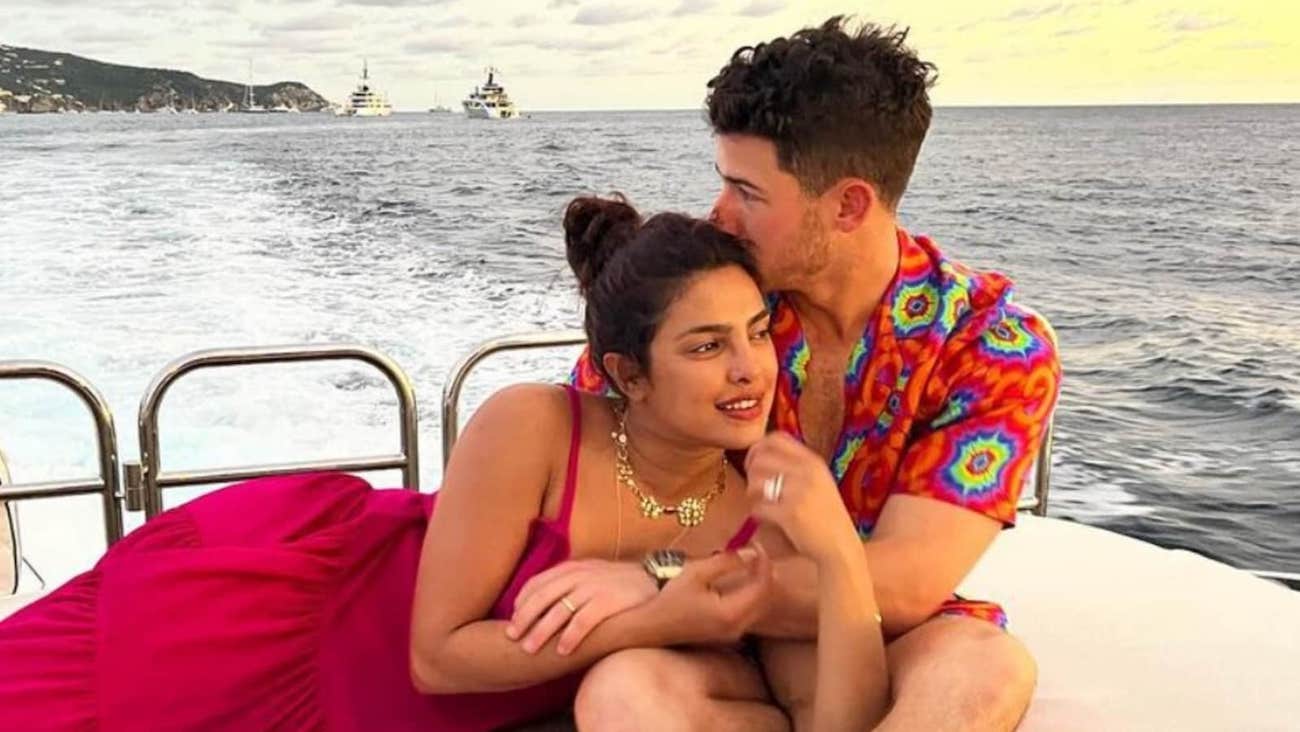 Twitter erupted with mixed reactions to the news of the birth of Priyanka Chopra and Nick Jonas’ daughter via surrogate. The couple took to their respective social media handles to announce the news on Jan. 21, three years after their marriage.

“We are overjoyed to confirm that we have welcomed a baby via surrogate,” the couple posted on social media, “respectfully” asking for privacy “during this special time.” The couple hasn’t announced the baby’s name yet.

Quoting sources, TMZ reported that the baby was born prematurely on Jan. 15 in a Southern California hospital. The tabloid also reported spotting Chopra and Jonas “near San Diego at Del Mar Dog Beach just the day before she was born.”

In her memoir “Unfinished,” Chopra, 39, writes about being a mother. Towards the end of her memoir, she takes the reader on a tour of her house, talks about family and children. She writes of “the large extended family that Nick’s and my union has already created, and the more intimate one that we hope to create in the future. Where I can sit one day with our children, nieces and nephews and tell them about their amazing grandfather and how he helped make me who I am today.”

In several interviews as well, she expressed her excitement on motherhood. In a June 2018 interview with People, before their nuptials, the actress told People that they were “taking it day by day.” She said the two “definitely want kids, when the time is right.”

The following year, she told InStyle that children were definitely on the horizon when the time was right: “I want my existence to have meant something. I want my kids to turn around and be like, ‘Yeah, that was my mom.’”

As soon as the news broke, Bollywood and Hollywood celebs, fans and well-wishers took to social media to congratulate the couple. Kal Penn offered to babysit, while Lilly Singh said she couldn’t wait to cuddle the baby.

Bangladeshi author Taslima Nasreen created a Twitter storm as she criticized the process of surrogacy. Without mentioning the couple, she said surrogacy was “a narcissistic trait of rich people,” and called surrogate kids “ready-made babies.”

“How do those mothers feel when they get their ready-made babies through surrogacy,” she tweeted. “Do they have the same feelings for the babies like the mothers who give birth to the babies?https://twitter.com/taslimanasreen/status/1484781389770035200

In another tweet, she wrote: “Surrogacy is possible because there are poor women. Rich people always want the existence of poverty in society for their own interests. If you badly need to raise a child, adopt a homeless one. Children must inherit your traits—it is just a selfish narcissistic ego.”

Her tweets have evoked different reactions on social media. Some users pointed out that many people opt for surrogacy because of medical reasons, while others pointed out that choosing options for pregnancy is a personal choice. While some users said people should adopt, some were critical of Nasreen to use the term “readymade.”

A user named Neha, in reply to Nasreen’s tweet, wrote: “I think it’s an individual choice. surrogacy or adoption. if a person is not able to do justice to the adoption then one should not adopt. for some having a blood connection is important to be able to feel the feeling. in such cases, it is better not to adopt & do injustice to the child.”

Although not a fan of the “Quantico,” actress, a user named Ranganayaki defended her and blasted Nasreen. “A woman is a woman no matter how she is! Can we stop glorifying motherhood, uterus, pregnancy and marriages? Wtf should someone be judged for #surrogacy.”

However, it was not just Nasreen who was critical of the decision. A user named Anirudha Garg tweeted: “Surrogacy as an option for those to whom pregnancy is a risk is logical but rich ppl just opting for surrogacy without going through the phase of pregnancy and just paying someone to carry their baby is just becoming a norm…a bad precedent indeed.”

Some like Anvesha Das said that Chopra’s decision to opt for surrogacy was un-Indian. “#Surrogacy is not the culture of #India but #Bollywood and #MONEY-minded couples are destroying our culture.#Shame on #PriyankaChopra for giving up her values after going abroad. What a mother is she will never understand. She doesn’t deserve the icon of India’s daughter.”

Calling Chopra a hypocrite, author Ruchi Kota tweeted: “Advocate about accepting yourself, your body just as it is but the fear of losing your shape, size, elasticity & accepting natural changes that comes with pregnancy is not for you. Someone else bear that while you enjoy the bought motherhood.”

Fans were quick to come to their favorite actor’s rescue. They wondered the reason for the sudden negativity over surrogacy.

“When everyone else does anything, it’s considered cool and normal,” tweeted a user named Sib. “When Priyanka Chopra does it, it becomes problematic. Icon behavior, if you ask me.”

Some talked about other celebrities like Aamir Khan and Shah Rukh Khan who had a child via a surrogate and called out the haters for singling out Chopra.

“Pardon if Shahrukh Khan or Amir Khan and their partners can choose surrogacy for having kids then why not priyanka chopra..why she, as woman, can’t embrace the way she wants for her motherhood.”

“Desis always have an opinion about the way priyanka chopra lives her life. Many Bollywood celebs have gone the surrogacy route and no one bats an eye. instead everyone becomes obsessed with those star kids. but priyanka does something and suddenly everyone is personally offended!”

“People be acting like they are #PriyankaChopra ‘s doctor. You never know why the couple chose #surrogacy and it is none of anyone’s business.”

Vishav Kirti has advice for all the haters – live and let live. “She married a younger man,she was judged. She decided to be a mother by surrogacy,now it has started again! Why are these social norms so strong that a celeb can’t even live her life according to her own choice.