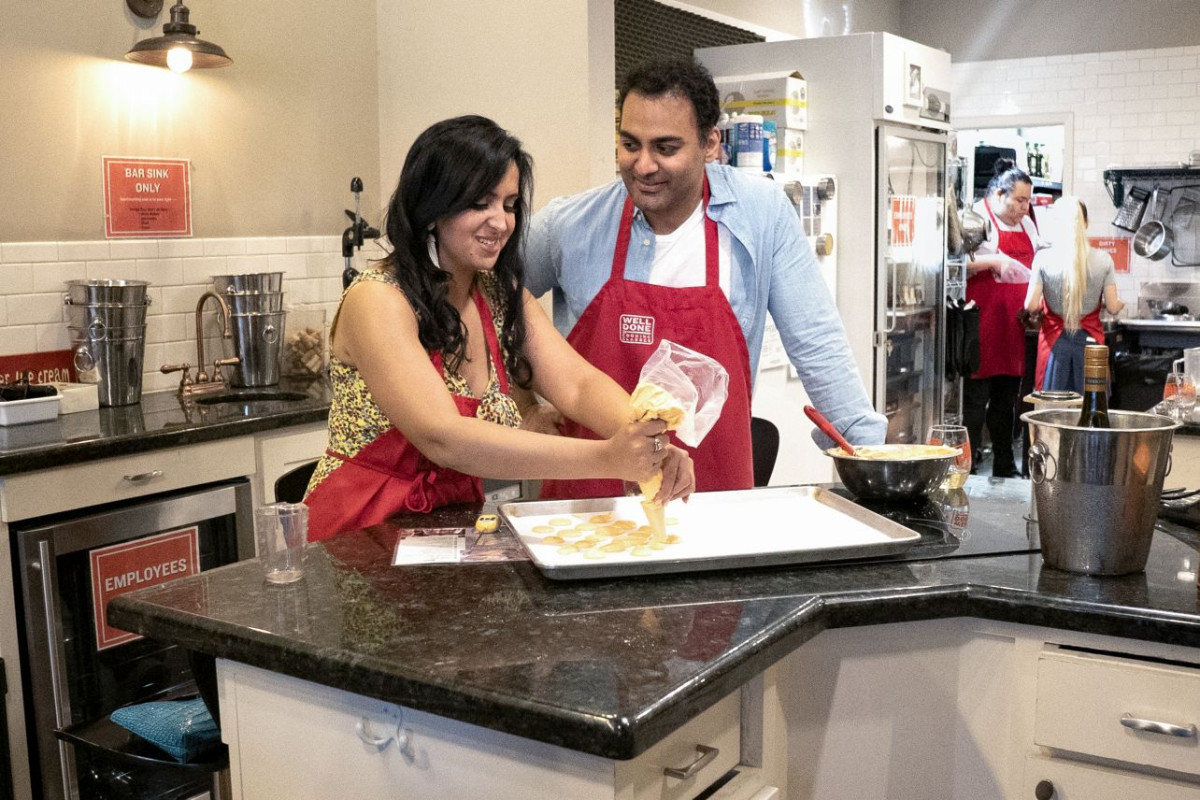 “Indian Matchmaking” is the reality television show on Netflix that has everyone talking about. Eight episodes of a modern day take on the traditional Indian concept of arranged marriage have Sima Taparia, a professional matchmaker from Mumbai, traveling across America and India, striving to “arrange” a match for her clients, has opened a can of worms. You may love it or scorn at it, but you will definitely find it hard to ignore.

The series was executive produced by Oscar-nominated director Smriti Mundhra, who is also the creator of “A Suitable Girl,” a 2017 documentary exploring arranged marriages in India. Speaking to the Los Angeles Times, Mundhra talked about the limited and sometimes outdated perception people have of arranged marriage, confusing it with forced or even child marriage: “For me this show is an opportunity to show what it really is … the diversity in the diaspora. That we’re not a monolith. That we have all sorts of different backgrounds, different ideals and ideologies. But also, we don’t have to be defined by the stereotypes of our culture.”

Throughout, there are constant regressive undertones of gender bias, colorism and classism. Girls identified as fair, pretty, slim and trim, labelled ‘too picky’ and ‘demanding’ if they have their own set of expectations from the future partner that go beyond the usual are exactly the notions we need to subvert, not proliferate.

There is also an unnerving double standard in Taparia’s approach toward men and women. She is quick to quip how hard it will be for a divorced woman to get a husband whereas divorced men, even when they hide their divorced status from a prospective match, are given the clean chit. It’s not just fraught with gender bias, but it’s an insult to the very concept of equality.

The entire premise of the match making seems to rest on the imperativeness of ‘adjustment and compromise,’ words used far too often for the girls, but rarely for boys in most part.

“They may be rich, spoilt brats themselves, the quintessential ‘mamma’s boys,’ but have the audacity to want an educated wife willing to adjust and forego all ambitions to be a home-maker,” fumes Anju Kalra, an event and fashion photographer from New Jersey. One mother asking her molly coddled son to marry so that “his wife may make his lunch and pack his tiffin” reduces women to a position of servitude.

There is, of course, a disconcerting element of truth in it. “All this cringeworthy depiction of a stereotypical mindset may have been highlighted for the added drama, but the sad part is that it is true in actual life in India,” says Sisma Chintalapudi, an IT professional from Seattle. “In the more affluent world,” says Zarna Garg, a stand- up comedian, “this is matchmaking. And it’s even worse off camera.”

The series fails to acknowledge the modern Indian working and middle class, which constitute a majority of the Indian population. The uber rich, Porsche-driving privileged Indians featured are hardly a true representation of India.

Thankfully, the Indian-American ensemble featured in the series is more relatable.

“The show also plays into the model minority myth,” Neha Mahajan an RJ at Radio Mirchi points out talking about the scene in the show where a mother recalls ingraining in her daughters never to let her down and be over achievers, earning three degrees instead of the usual two.

Saumya Verma, an IT professional from Maryland, found Sima Tapadia to be the bearer for all things parochial. She is always quick to judge and march on the prejudice bandwagon at the first instance. “For Sima, it’s harder for women to find a man because of their shortcomings, be it their past or in their heritage, but a man will find it hard only because he can’t ‘make up his mind,’ Saumya says.

These reiterations of the woman constantly forced to swim against the current begs the question — if the show was meant to break stereotypes, why does it keep reinforcing them?

Despite all the nays, the series does delve into some of the lesser discussed issues and often considered taboos influencing marriage. Some of these include, the story of the Nadia whose Indian family migrated to Guyana 150 years ago facing identity issues of being “less Indian;” school counselor Vyasar, bogged down by the criminal past and incarceration of his father affecting his present; the issue of single mother Rupam looking for a partner again; and Ankita, the entrepreneur who refuses to give up her dreams just to find a husband, are encouraging trends that we need to hear more of.

“We also get to see how the pressure of marriage works in our communities, when independent men and women can go to any lengths to find their ideal match. The series also shows the evolution of the person in the pursuit of the partner,” says Bhargavi Kulkarni, a journalist from New Jersey. “But it doesn’t delve too much into the factors that bring about the change. The life coach adds an interesting dimension, but the face reader and astrologer again feeds into the regressive narrative,” she contends summing up her experience saying, “It was so obnoxious, it was entertaining.”

For Nivedita Chandrappa, founder of Wishwas, a New York City-based not-for-profit organization, “It was good to learn the equations, what people want in a marriage, why they want to marry. We know marriage among Indians is based purely on material things, it is never or rarely for love.”

Yes, arranged match making is an intrinsic part of the Indian social fabric. The show manages to identify nuances of the well-oiled machinery that it is, with family members guiding and sometimes persuading decisions, its evolution in the number of choices one is exposed to and the freedom to choose, or not. Indian Americans wanting to stick to their roots while choosing their life partner is interesting as well.

But, at the end of the eight episodes, one is left pondering over the real objective behind creating “Indian Matchmaking.” We are in a phase of the 21st century where there is a need to bring change, reform our social pathology and break stereotypes. Any victory against colorism, sexism and gender inequality is brought face down to the ground when such shows, with the power and reach to transform thought, reinforce obscurantism instead of confronting it.