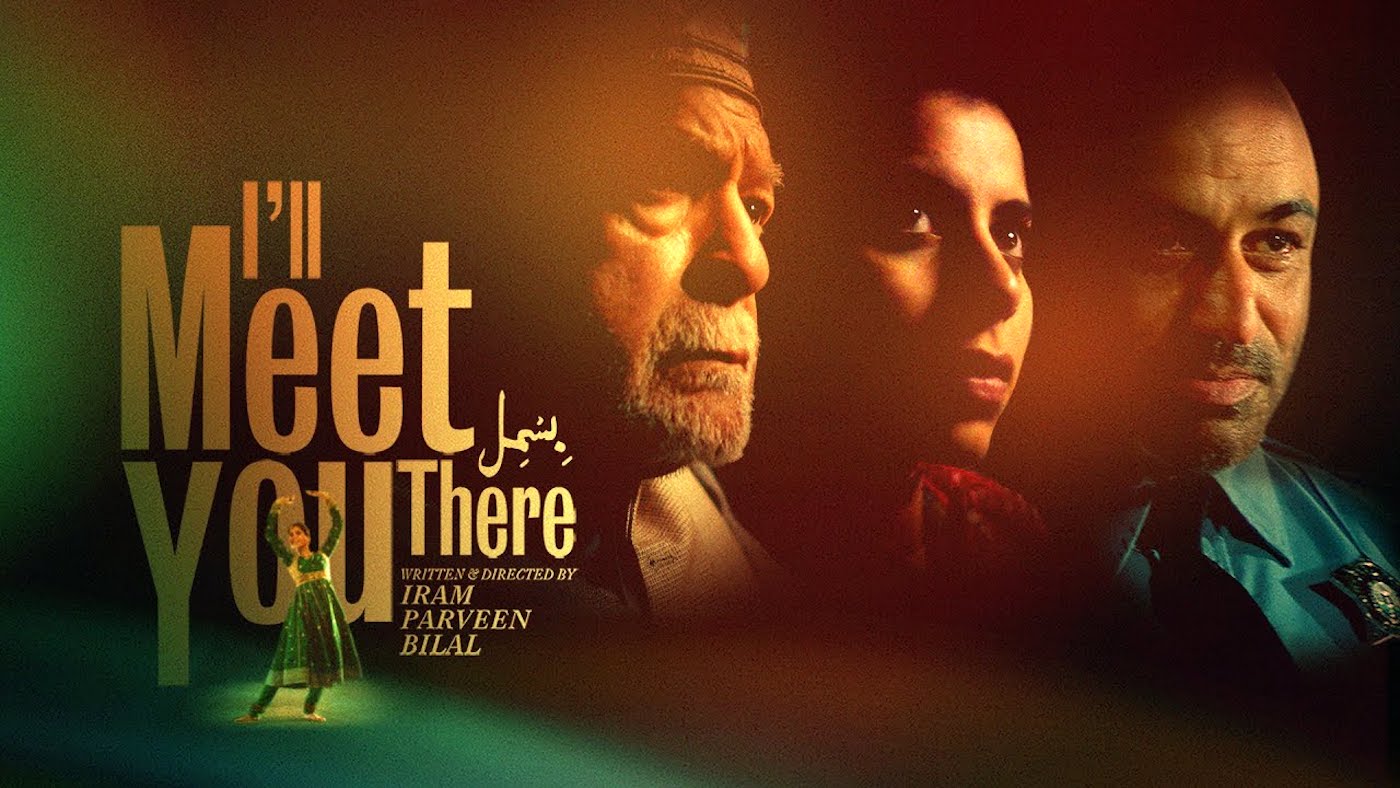 Iram Parveen Bilal’s “I’ll Meet You There” is a poignant and self-reflective drama that examines racism and religious tradition present in America. The film is a moving portrayal of an estranged family trying to reconnect with each other. The domestic drama follows three-generations of a Pakistani American family living in Chicago, in a largely Pakistani immigrant community.

Majeed (Faran Tahir – “Ironman,” “Star Trek”) is a widowed cop, raising a teenage daughter on his own. His daughter, Dua (Nikita Tewani – “Divorce, “The Affair”) is an aspiring ballerina who secretly worships Kathak like her mom (a dance form frowned upon in the Muslim religion and so told to her by her grandfather in no uncertain terms) and is in line to go to Juilliard. Dua also teaches dance therapy at a senior center run by family friend Shonali aunty (Sheetal Seth), whose tentative romance with her father is on hold (cop dad has some unresolved issues with the death of his wife).

And to complicate matters further – Dua, unbeknownst to her father, is learning Kathak, a dance style her mother used to perform, from Shonali. Used to being a teenager in America, not shackled by the rigorous expectations of her religion, Dua must hide her lifestyle choices from her beloved but judgmental grandfather.

Dua, her widowed cop father and her grandfather, who arrives unannounced from Karachi after a 12-year estrangement, spark collisions between the past and present, and faith and freedom, making up the framework of this film.

There are two stories that run parallel and examine race and religion throughout the film and bear mention.

The first follows the racial tension experienced by Chicago Police Officer Majeed as he goes undercover in his local mosque to gather intel on its members, who the police believe “on good authority” are laundering money for terrorists (who else?). It’s a great career opportunity but it also means he’ll have to bridge the divide between his faith and his dedication to his job while also betraying his community. A real humdinger of a choice!

Though displeased by his father’s sudden appearance, he finds that he can use him to explain his sudden interest in spirituality. Majeed’s misgivings are heightened when his devout father begins frequenting the mosque, bringing his son and granddaughter back into the fold after years of relatively secular detachment. More unresolved issues here.

As one may expect, this doesn’t go exactly the way Majeed planned when he accepted the assignment. The complexity of life depicted in “I’ll Meet You There,” is a part of America that immigrants, especially brown immigrants, experience daily. Majeed’s loyalties with his job and his community are strong and suddenly at odds.

However, the inherent racism in the case is another complexity that only makes the facts harder to swallow. His is not an uncommon conundrum. Being an “other” on the job and in the community (because he is “the cops”) is. His situation differs from Dua’s only on the surface as hers is steeped in first-generation immigrant complexity. “I’ll Meet You There” delves deep into the heart of these issues revealing some sides of the immigrant existence that those outside of it won’t know.

The second follows religious and societal gender oppression in Majeed’s own household as his father, Baba (Qavi Khan – “Aangan”), who has some strict Islamic dos and don’ts especially for women, comes to visit and influences Dua into reacquainting herself with her faith.

Baba introduces a set of ideals that Majeed has guarded Dua from her whole life. He’s then forced to reconcile as Dua finds herself interested in forming a relationship with her grandfather and the culture her father has kept from her.

Baba motivates her to read the Quran – although the translated version since the second generation Pakistani-American reads no Urdu. He encourages her to cover herself and find her way into the kitchen to cook…biryani of course.

But as she connects with her Muslim faith, Dua begins to realize that her culture and passion are at odds with one another. Dua is torn between her love for Kathak and the conflicts of it with Islam.

Both elements exploring the multifaceted dynamics of race and tradition are brought together by one central theme: family and its own unique dimensions. Writer-director Bilal explores this with tremendous depth, continuously exploring how far one can go to retain their faith while respecting the trajectories of others.

“I’ll Meet You There” is in its essence a beautiful meeting of two cultures. Majeed is more than happy to keep with his new western ways at the beginning of the film. He raised his daughter to do the same lest she face any additional prejudices. Despite his differences with Baba and the hurt buried deep into their relationship, Majeed can find beauty in his heritage once more after seeing what it means to his community and his daughter.

That exploration of faith and culture is wrapped up in a tale of dance via Dua’s story. When she finds herself caught between two worlds, she starts to pull away from her craft. However, her actions cause far more harm than good. At one point, it’s noted that “dance is a healer of trauma.” Dua’s  narrative proves that the notion couldn’t be more accurate.

Faran Tahir takes the lead here with a wonderfully compelling and robust performance. Tahir’s range is on show, not only via the actor’s emotional depth which he brings to the character but his screen presence and emotive delivery that could very easily drown in exaggerated excessiveness is on point.

That being said, the actor’s co-leads, Qavi Khanand Nikita Tewani, equally hold their own with individual character depths, unique emotional conundrums and plight. Tewani’s character, in particular, holds a considerable amount of thematic weight for a role engulfed in emotional trauma and adverse decisions against her family values versus her lust for the American way of life. The arc of a young rebellious religious woman finding herself and wrestling against her own desires and values offers a distinctive and profound element to see such an integral aspect of a religious coming-of-  age story to the forefront of American cinema.

Ultimately, this cements “I’ll Meet You There” not only as an engaging and profound story on race in America but a captivating story of the multifaceted dynamic of what religion means in the household. Director Bilal makes sure to center the Pakistani Muslim experience by staying inside this community. The only time we leave the community is to go to the precinct with Majeed and to Juilliard with Dua. We are also reassured that this is still Chicago in so many ways that it still doesn’t impede the culture.

“I’ll Meet You There” takes the audience to a place where black and white perceptions do not hold up. Where everything is an identity attack, and yet, there’s no avoidance, quitting, or denial. It’s all part of life. Majeed, Dua, and Baba can’t get away from any of it. They aren’t white enough for such an escape. The only thing left is to follow them through.

The film wraps itself up in an easy ninety minutes, the perfect run time and will leave you with one hell of a craving for biryani! ‘I’ll Meet You There” is playing on Prime.