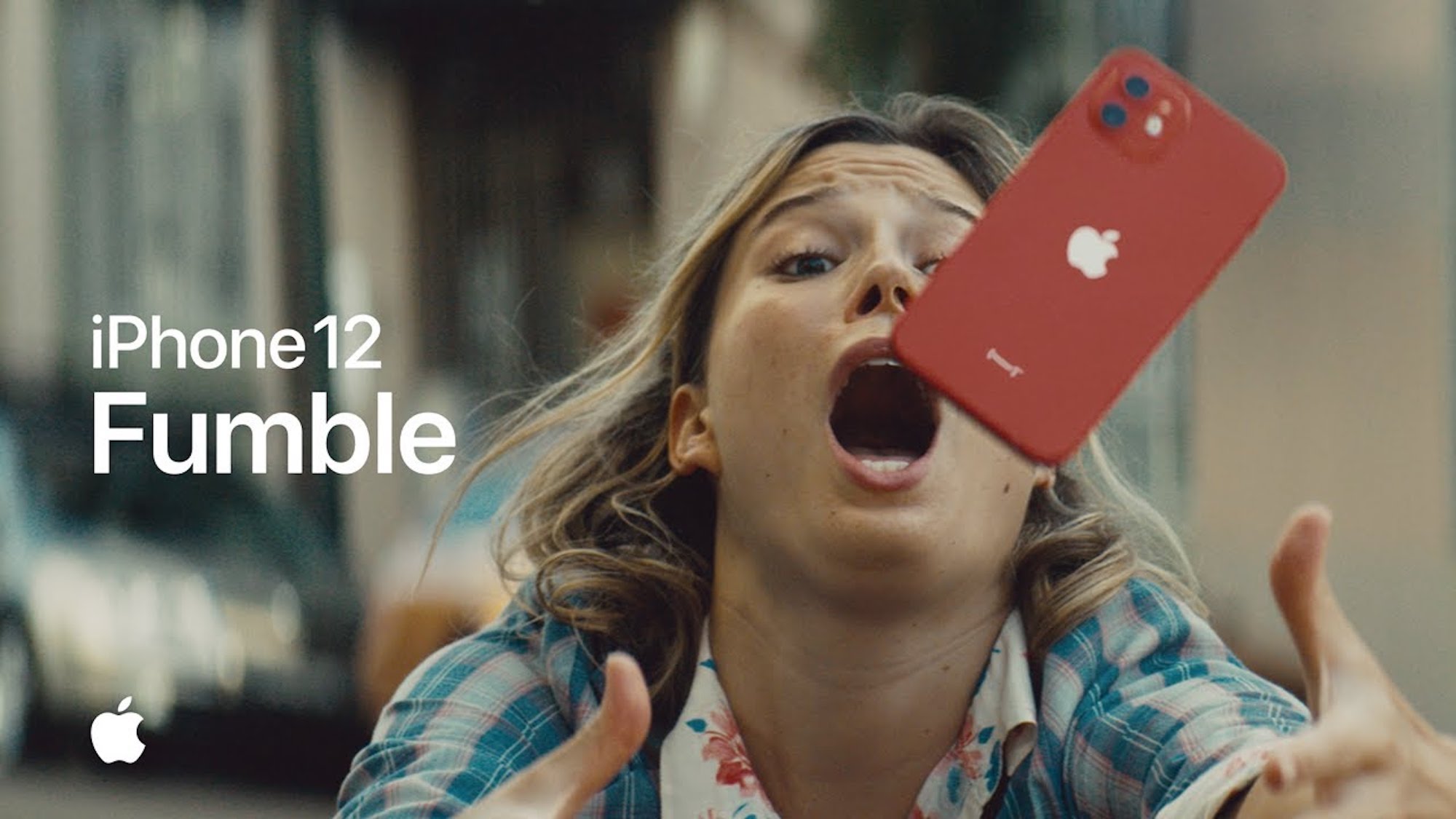 Since it released almost two weeks ago, a new ad for Apple’s iPhone 12 has gone viral. In the 38-second ad titled “Fumble,” we see a woman juggle her phone from falling down to synchronous beats of the tabla. She eventually drops her phone, but the phone’s ceramic shield glass saves it from cracking. The ad, released on Apple’s YouTube channel has so far garnered 2,102,584 views

Now back to the tabla beats playing in the background. That is from the song “The Conference”  by British-Indian musician Nitin Sawhney. Sawhney took to Twitter to share the video. “Ha. They used my track “conference” for the new @Apple #iphone12 ad,” he wrote. “Never thought I’d see that.”

As a composer, producer and musician, Sawhney is known for combining Asian and other worldwide influences with elements of jazz and electronica. His music explores themes such as multiculturalism, politics, and spirituality. His latest album “Immigrants,” is said to be driven by instances of racism in his own life. It is peppered with interludes featuring upsetting news clips, a wide range of collaborators and spoken-word recollections of real migrant experiences. He is also active in the promotion of arts and cultural matters, and is a patron of numerous film festivals, venues, and educational institutions.

Sawhney was born in 1964, a year after his parents moved to Rochester, Kent, England, from Delhi, India. He was raised listening to traditional Indian music at home, and was exposed to different styles of piano and guitar, which he learned to play, according to his website. As a British Asian growing up in the 1970s he was the only Indian student at his school, where he was bullied and had to endure daily racial abuse. He was banned from the music rooms at school because he played Indian ragas, a form of traditional Hindu music.

Sawhney spent several years in England, where he began producing music, and went on to attend Liverpool University as a law student. While there, he shared an apartment with Sanjeev Bhaskar, and together they developed a comedy act called “Secret Asians.” It eventually became a radio show that overturned ideas of Asian stereotypes and led to a contract with BBC radio, and to the Ethnic Multicultural Media Award (EMMA)-winning BBC-TV sketch show “Goodness Gracious Me.”

While touring in 1988, Sawhney was reunited with old school friend and acid jazz keyboard player James Taylor, and he subsequently left the BBC series in order to pursue a career in music. He then returned to his traditional roots by forming The Tihai Trio with percussionist Talvin Singh.

In 1993, with the assistance of an Arts Council Grant, Sawhney released his first album, “Spirit Dance,” which was recorded for World Circuit Records. He soon signed a contract with Outcaste and released “Migration” in 1995 and Displacing the “Priest” in 1996. In 1999 Sawhney released his fourth breakthrough Gold-selling album, “Beyond Skin,” on London’s Outcaste Records,

Sawhney has released 10 studio albums. He has received 17 major national awards for his album work and is a recipient of the Ivor Novello Lifetime Achievement award.

In addition to his music, Sawhney often writes articles about music and his own life experiences for various publications, including the London Observer and London’s Daily Telegraph.He is a member of the Academy of Motion Picture Arts and Sciences and BAFTA. He has served as member of an appointed advisory committee to the UK government on national musical education policy, is an associate artist with London’s Sadlers Wells dance venue and has served as trustee on numerous boards including London’s Somerset House and the Whitechapel Art Gallery.