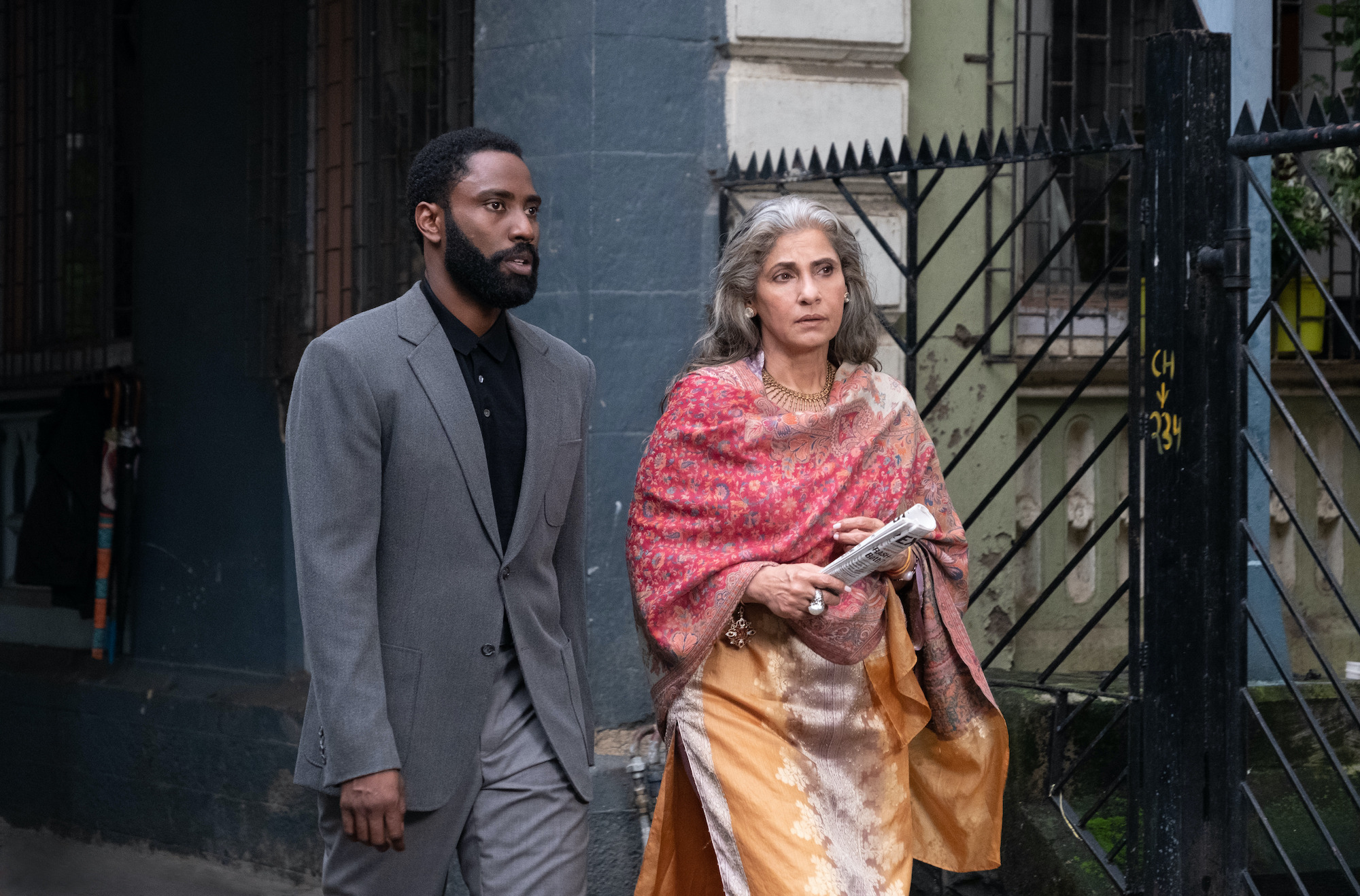 Veteran Bollywood actress Dimple Kapadia says Christopher Nolan resurrected her. “He pulled me out of my grave.” She was referring to Nolan’s espionage thriller, “Tenet,” which marks her Hollywood debut. Along with Kapadia, “Tenet” stars Robert Pattison, Elizabeth Debicki, John David Washington, Clémence Poésy, Kenneth Branagh, and Himesh Patel, among others, and was shot across seven countries, including India.

The film is getting a staggered release across the world due to the coronavirus pandemic. It was originally slated to release in July but was postponed multiple times as cases of the virus continued to surge. In the U.S., it was released in theaters over the Labor Day weekend. Variety reported that “Tenet” generated $20.2 million over Labor Day weekend in U.S. theaters. Globally, the film is nearing the $150 million mark, “thanks to a stronger showing at the international box office,” the magazine said.

Speaking to American Kahani from Mumbai, Kapadia talked about her experience working with Nolan. She didn’t delve too much into her character in the film, except revealing that her name is Priya, and that her role in the film is “lovely.” She continued: “I want people to go and be pleasantly surprised.” And despite being Indian, she notes that Priya’s character is not stereotypical. “Its is not caricaturish.”

Working on the sets of “Tenet” was a “great” experience for the Bobby actress. She is glad she didn’t let her inhibitions get the better of her when she was called for an audition for the film. Recalling her surprise at the call, she says she almost dismissed it as a crank call. “Thank god I got over my insecurities and fears,” she says. Kapadia did go for the audition when Nolan went to Mumbai, but she was sure she wouldn’t be selected. She even took her nephew along, and promised him a photo opportunity with the acclaimed director. “I was completely stumped, when I met Nolan,” she recalls. “He is so down to earth, and not at all intimidating.” And when she got the part, she couldn’t believe herself. “The experience was absolutely surreal.”

Although it was her first film outside Bollywood, Kapadia didn’t feel like she had to transition into a different world. “It is just a matter of discipline,” she says. “Once you have that, you can go anywhere. The craft remains the same.” Her work ethics and discipline matched with that of the unit. “It was a fantastic experience,” working with Nolan and the team, she says.  When he (Nolan) auditioned me, he knew exactly what he was looking for, and he found it,” she says. “He didn’t need me to do anything extra.” Kapadia says Nolan’s films are “a massive experience. He transports you into a different world. Of course, it’s hard work, it’s long hours, but it’s fantastic.”

“And there were two Gujaratis on the sets,” she says with a laugh, referring to Himesh Patel. She, however, doesn’t have any scenes with Patel, who most recently appeared in Danny Boyle’s Beatles dramedy “Yesterday.”

Those who have seen the film can’t stop raving about Kapadia’s performance, including her daughter Twinkle Khanna. On Sept. 3, Twinkle, who was visiting the UK with husband Akshay Kumar, posted a photo of Kapadia’s scene from the movie on Twitter. “Finally saw ‘Tenet’ in the theater, and though my mother is so laid-back that she refuses to do any publicity around it, she has a wonderful part and is completely incredible,” she wrote.

Twinkle also shared an excerpt from Variety’s review of the film that praised the veteran actor’s performance. “’A sinister whisper network of international arms dealers emerges, with one of them, Priya (the wonderful Dimple Kapadia, in the film’s wiliest performance) serving principally to coax the protagonist through the corridors of Nolan’s storytelling,” the report said.

Similarly, actress Sonam Kapoor also took to Twitter after watching the film in London. She wrote that the experience of watching a movie on the big screen is “unparalleled” and secondly, Dimple Kapadia’s onscreen presence gave her “goosebumps.”

As the film is gradually releasing globally, appreciation for Kapadia keeps pouring in on social media. “That time of the year again where Nolan makes a movie that everyone pretends to understand and love,” Twitter user Ranjini wrote. “But hey mad props to Dimple Kapadia tho. You go queen #Tenet.” Other users shared a similar sentiment. “Forgot to mention one of my all time favorite Dimple Kapadia,” one tweet said. “That woman is really aging like a fine wine and what an actress, it was amazing to see her in a big Hollywood blockbuster.” Another tweet said: I don’t think enough people are talking about Dimple Kapadia in #Tenet she really killed it and had a bigger role than I expected.”