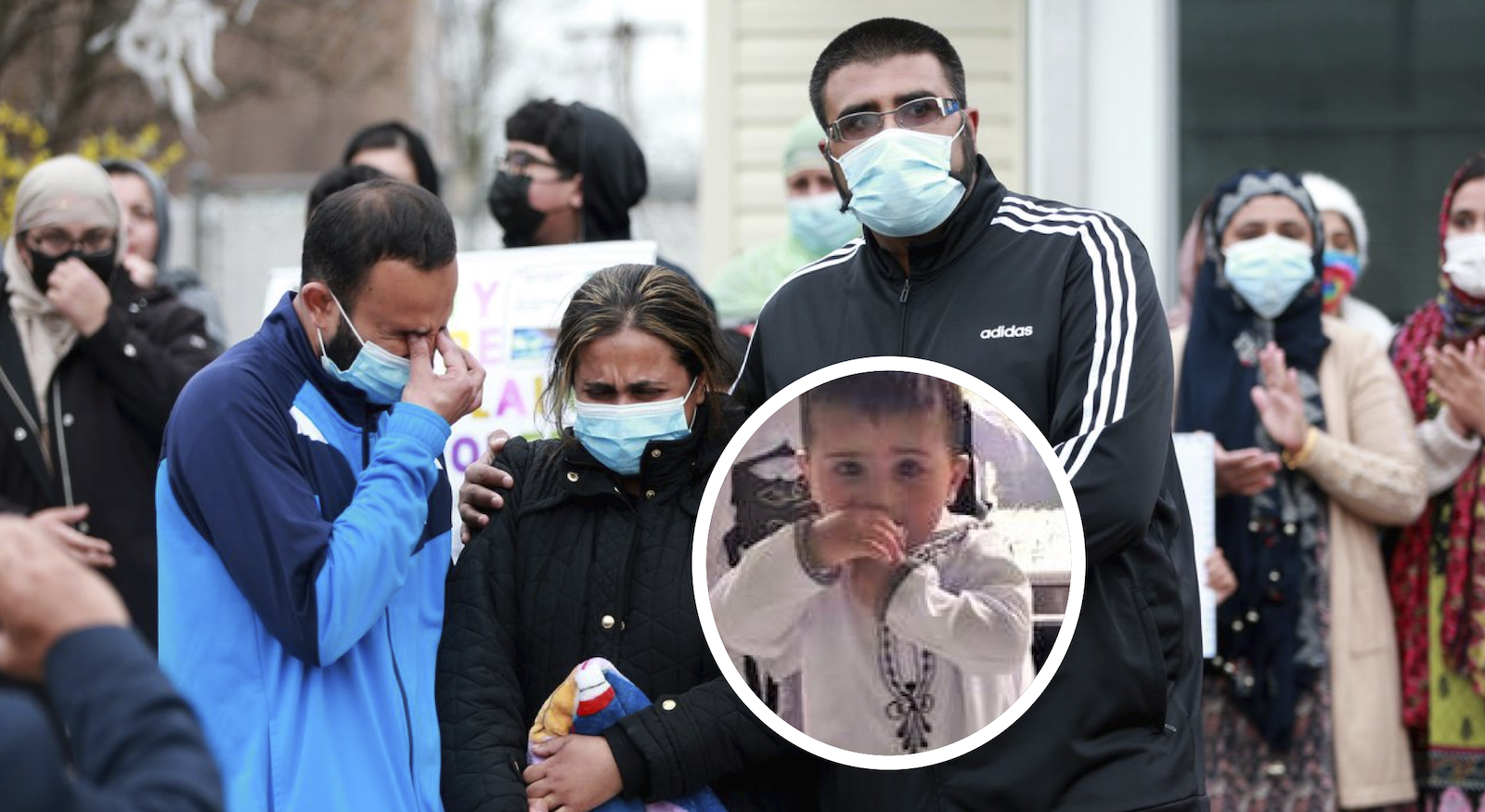 April Recipe: Mediterranean Stuffed Eggplant that Tastes Even Better Than It Looks

Shabana Mohammad, the mother of Aziz Ahmed, the 3-year-old Pakistani American boy killed in the March 16 pit bull attack in Carteret, New Jersey has spoken against the Middlesex County Prosecutor’s decision not to file criminal charges in the case. Ahmed was playing in the backyard of his home with his two brothers, when he was mauled to death by his neighbor’s two pit bulls. Mohammad, who tried to save him, was badly injured, and is currently recovering. “It was one fatal bite that did Ahmed in, as Mohammad bore the brunt of the attack,” the family told the Woodbridge Patch. Aziz died after he was airlifted to Robert Wood Johnson University Medical Center in New Brunswick.

Mohammad is married to Tanveer Ahmed, who works in management at Coney Island Auto Parts’s offices in Carteret. The family had moved to Carteret a few months earlier from Brooklyn, New York.

“Nothing is being done and it is very hurtful,” the Woodbridge Patch quoted Mohammad as saying. “We have not gotten justice. I don’t want any other family to suffer what we have had to go through,” she said. “Why can’t she charge them with negligence?” she asked. “If someone owns a gun and someone is hurt while they are in their home, who is responsible? The gun owner. When I’m driving in my car to Brooklyn and I get into an accident and hurt someone, who is responsible?”

Mohammad was referring to Middlesex County Prosecutor Yolanda Ciccone’s decision to not press criminal charges against the owners of two pit bulls. In a public letter issued on March 23, Ciccone said her team investigated and found the dog’s owner, who has not been named, did nothing criminal, either intentionally, knowingly or recklessly. She also said there had been no prior complaints made that the dogs were violent. At the time, Mohammad told the Woodbridge Patch that Ciccone never sent the family the letter directly. Her family had to learn that charges would not be filed through media reports and from the public. A petition “to get justice for the Ahmed family,” asking Ciccone to file charges has 21,395 signatures so far.

Carteret spokesman Jon Salonis told the Woodbridge Patch that there were no calls, emails or any sorts of messages to the mayor’s office or the Health Department about the pit bulls. ‘There was only one report of the two pit bulls running loose on Oct. 23, 2020; the dogs were not violent in that incident, were picked up by Carteret Police and were returned to their owner,” the report said. However, as the dogs were unlicensed with the town, the owner could face a fine. “The Carteret Health Department will suggest the maximum fine to the prosecutor, who will ultimately decide on the fine amount,” Salonis told the Woodbridge Patch.

But Mohammad lived in fear of the two pit bulls for months, she told the Woodbridge Patch. She complained “multiple times” to the dogs’ owners, who live directly behind her house. The dogs who barked “24/7,” scared her, she said. Several neighbors agreed with her. Some told ABC 7 that the pit bulls were known as a menace in the area. “Those pit bulls [have] bit people all in this area,” a neighbor said. ‘I’m aware of certain houses, so I try to walk a different path when I know that they’re on that block.” Another neighbor said she called the police about the dogs several times.  On social media, the pit bulls have been identified as Logan and Rocky. Both dogs were reportedly shot by police officers at the scene of the attack.

Mohammad told the Woodbridge Patch that her family “is basically broken because of this.” On March 16, Mohammad said she pushed her older two boys into the house, and threw her body on top of her 3-year-old son’s, as the dogs lunged at both of them. Her oldest son called 911 from the window as he watched his mother and little brother be mauled. “My 10-year-old son has to live with the trauma of what he saw that day,” she said.

Photos taken by news outlets after Aziz’s death, showed Tanveer Ahmed, bursting into tears upon entering his home on March 17, a day after the attack. Prayer services were held for the 3-year-old at the Mosque Al Wali in Edison, on March 18. Photos show  a grieving Ahmed, following Aziz’s small, wooden coffin, as it was carried out of the mosque.

Meanwhile, Assembly Speaker Craig Coughlin and Assemblywoman Yvonne Lopez, both Democrats who represent Middlesex County, are backing a bill called the “Responsible Dog Ownership Act.” The bill “requires the establishment of leashing and fencing requirements by the Department of Health, to be implemented by municipalities throughout the state, that provide for the protection of the public, especially children, from unrestrained dogs.” Anyone who allows their dog to roam unleashed in a park or other public area where a child may be present — and if the dog seriously injures or kills a child — could be found guilty of a third-degree crime.

From My Rasoi: Kulfa (Purslane) Gives an Unforgettable Dimension to Bone-in Mutton Curry