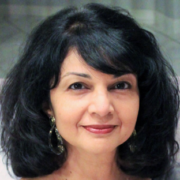 Ahimsa, Non-violence. What’s the first thing that comes to mind when you hear that word? For most people, it is Mahatma Gandhi. Whether you were born in India or America, the circumstances of Indian independence are a part of your consciousness, your history. We walk with our heads held high, without cowering to the saheb, because we are the heirs to the Gandhian principles and its victories.

We are law-abiding citizens, a model minority. Guns and their associated violence, whether for hunting or as a hobby, have never been a part of our interest or culture. Each of us would flinch at the sight of a gun-toting individual in our community library, in an affluent city that we have chosen as our home for its schools, its safety, and all the trappings of suburban living that we covet.

My state has ‘open carry’ rights. It is perfectly legal for a person with a permit to openly carry a gun into a community library. There is even pending legislation that would allow a person to carry hidden guns into the places where our children nurture their minds. The Second Amendment on steroids has walked into our sacred spaces. The question we must face is: is this what we wanted in our splendid American lives?

Logic says we don’t, but instead, in my city live a shocking number of Indians who are proud of being Republicans. By default, they salute the gun culture. The heirs to Gandhian principle of ahimsa are now in collusion with a party that promotes reckless gun laws, propagation of assault weapons, and obscene gun rights. This straying from our core beliefs is startling.

Sarvodaya, Welfare for All

With so many ways to address ‘welfare for all,’ the American healthcare system comes to mind. We all see a fair share of life-threatening maladies in our lives. My husband is a cancer survivor, and so is my aunt, my brother died after a stroke, and my brother-in-law received a heart and kidney transplant. There is no escaping the need for coverage.

And yet, secure in their employee insurance plans, Indians, who are well aware of this critical need for the less fortunate, support Republicans who have tried to dismantle the Affordable Care Act again and again. Don’t they realize that bundled in that plan is protection for pre-existing conditions and coverage of their precious children until they are 26? Their selfish needs met, are they so far removed from the needs of others that they don’t care?

In today’s America, truth is struggling for air, and a thousand truths are suffocated by a tweet. It’s another Gandhian principle assaulted daily by the Republican President of the United States. A stunned population which awoke the morning after Trump’s inauguration to his lies about crowd size, heard a short while ago his false claims that Democrats had removed the word ‘under God’ from the Pledge of Allegiance at their convention. And these are merely two book ends of the daily assault on truth.  And we, who have been hardwired with ‘Satyameva Jayate’ — Truth Alone Triumphs —have watched our tribe shred their values in their embrace of Trump and dregs of the Republican Party. This is not a platform, not a policy, not an issue — this is a violation of a basic moral principle. For what cause have they surrendered to this darkness?

The vehicles of Indian independence, driven today by Black Lives Matter, are coming across daily on our television sets while the all-caps twitter rants of the Republican President demonize the moral majority of the oppressed and their supporters. The same inflammatory language is awakening extremists who march the streets with assault rifles, and those who choose to loot and pillage because they feel marginalized and suffocated.

Through which lens do we analyze this? Just one, in all seriousness! The Black Lives Matter protests as the pandemic rages on should awaken us to the gut-wrenching reality of the Black American. It should be a moment of reckoning, a moment of understanding the history of our own good fortune. For those of us born in India, the sacrifices of our forefathers allowed us to be born in a free country. For all Indian Americans, the sufferings of Black people for over 400 years have given us the expansive rights we enjoy as American citizens.

We are the accidental heirs of these fortunes, privileged to be born at just the right moment to exploit the riches of these two legacies. But it’s incumbent upon us to identify ourselves in the cries of these peaceful protesters, to recognize their pain, and honor them with our support. What good is our monumental success story if we don’t understand that we got there on a path slicked with blood and sweat of others?

Trump’s Republican Convention turned its spotlight on a white suburban couple who brandished guns at peaceful protesters walking by their home. They fabricated a tale that they were ‘protecting their property,’ and this act earned them a prized role at the convention. The story encapsulates everything about today’s Republicans: violence-inducing liars who do not care about the welfare of the peaceful marchers. It is a single bitter pill for all of us who believe in Ahimsa, Sarvodaya, Satya and Satyagraha.

All this to say the obvious: Vote your conscience. Vote your values.

Ratna Rao is a grassroots organizer for the past twelve years, in and outside of the Indian American community. Co-founder of SAMOSA (South Asians of Michigan Organizing for Serious Action), board member of local Democratic Club and a passionate advocate of participating in the political process.