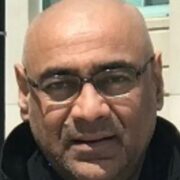 Turkey: My Cruise Through Greek, Roman, Christian and Islamic Civilizations and Empires

I have always been a bit cynical of the American media pompously proclaiming every U.S. election as nation-transforming or even world-changing. I must grudgingly concede though, that the claim is not entirely untrue, even if exaggerated.

After all, the U.S. is the world’s largest economy and its currency, trade and military power impact many a nation’s balance sheet or survival or both. Every country watches the U.S. elections anxiously, trying to guesstimate the potential impact on their own relationship with the winning administration and make appropriate adjustments to their strategy and approach. Pandits have been long playing the gloom and doom violin about the decline of American dominance and the changing of the world order with China and Russia as the new fulcrum, but for now, the status quo has not shifted much.

The last few elections in America have been highly tumultuous, beginning with Barack Obama’s in 2008 and then Trump’s victory and defeat in 2016 and 2020. Obama’s election was the first to be touted as transformational and it did seem for some time that the U.S. had finally put behind racism and made the change it had been striving for since independence. Unfortunately, that honeymoon was short-lived and America went back to its white supremacist history with a vengeance, electing a man like Donald Trump to the presidency in 2016.

There are now no footprints left of Obama’s eight years in office. It is as if the tide of Trump’s policies has overwhelmed and erased them from the memory sands of the nation. Even Affordable Care Act, Obama’s defining healthcare legacy, is on a permanent ventilator, surviving only because the Republicans have been unable or unwilling to come up with an alternative. If anything, Obama’s rule has been so vilified by Trump and his Republicans, that I wonder how long it will take America to elect a black man again, if ever.

In the meantime, the U.S. enjoys the distinction of being a superpower that keeps shouting itself hoarse about race and equality but has never elected a woman leader in its history and one that regrets its racial experiment so acutely that it may never elect a black President again.

Having said all that, I must admit to having been an almost Quixotic optimist about America. That optimism has taken several hits to the head since 2016. Joe Biden’s victory in 2020 did nothing to redeem it. After all, 75 million people voted for Trump and even Biden’s victory margin of 6 million votes is mainly due to the ultra-liberal populations of California and New York.

The midterm elections are now just a couple of days away. Even by the time this piece is published, we may have the results. For the first time, my constant sense of hope has been replaced by a sinking feeling in the pit of my stomach. As an American living far away in India, that feeling of helplessness is doubly overwhelming even though I am glued to CNN, Fox News and MSNBC. I cannot go to the polling booth, physically feel the atmosphere and draw hope from it. Voting by mail just makes the feeling of having only one vote all the more real.

Several issues are hanging in the balance this time. Abortion laws have already been overturned a few months back. The Republicans are gambling that the outrage over that decision has abated by now. If they win the House and/or the Senate, you can bet your last dollar that LGBTQ rights, civil marriage, voting rights and immigration will all come on the chopping block. Social Security, Healthcare, Medicare and all such welfare schemes will also be in danger of cutbacks. The flow of aid to Ukraine will be throttled back and Russia, which has been on the back foot for some time now, will be allowed to surge ahead in its plans. Ukraine’s worries may become existential. Hunter Biden’s laptop will be thrown open and there will be a move to impeach Joe Biden for it, though I am not sure it will find much support even among Republicans.

And above all, if there is a red wave as the Republicans are predicting, it will mean that the country is ready for another Trump presidency. That indication will be disastrous for the Justice Department’s investigation and may spell the death knell for the January 6th committee. If Trump is indicted after the midterms, it may well increase his support among the Republicans. If there is no indictment and the investigation ceases, Trump will thump his chest in victory, continue injecting the poison of his Big Lie into his faithful supporters with impunity and make sure they vote him into power in 2024. I have no illusions about it.

Till a few years back, elections in the U.S. have been issue-based to a great extent, even if corrupt, bitter and rancorous. Presidents and parties have gradually found a way to move to the center of the political divide as their terms progressed. Trump has obliterated that center. If the Republicans gain control of the Senate and House in these midterm elections and later elect him in 2024, America will have, not a President, but a cult leader at its helm for the first time. The country and the Congress will become his commune.

I am always yearning to go back to the U.S. This election will also decide if I have to finally take a pillow to that yearning.

Sundar Viswam is an American citizen currently living in Bangalore.