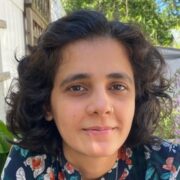 Visiting Pakistan for two weeks has been as dramatic as one would expect in the diaspora. From the overwhelming love for family and food to the triggering realities of horrific incidents that happen on a daily basis, it’s been nothing but another episode of my love-hate relationship with the homeland.

As I watched the news this morning, the first headline was about Ayesha Akram, who got brutally assaulted by alleged TikTok fans and other men at Minar-e-Pakistan on Independence Day, and how the relevant authorities are responding to the incident. Third news on the bulletin was about a mother-daughter duo raped by a rickshaw driver in Lahore, followed by the news of a female student being sexually assaulted for years by the principal of a seminary in Rawalpindi.

While some blame the victims and others indulge in conspiracy theories of how such incidents are highlighted intentionally to defame the country, I try hard to bite my lip, but the agony is real as it stems from personal and collective trauma that a lot of Pakistani women have experienced at some point in their lives. After “politely” discussing these incidents in drawing rooms, Twitter spaces, and social media for days, I’m now tired. Tired of repeating the same things over and over. Tired of explaining the simple definition of “consent”, dissecting it letter by letter, filling each syllable with empathy and vulnerability.

Though it shouldn’t surprise me anymore, I still experience sporadic rage, crying spells and numbing silence as I realize how much our society has dehumanized the experiences of women and perpetrated the culture of rape and gender-based violence. From a chaiwala to a bureaucrat, every man has the privilege to take the space and mansplain feminism as the “Western propaganda” in this country. What’s sad is that it’s not even limited to men; many women — who are either privileged by class, education, social status, or mere lucky — equally subjugate women in the name of religion, safety, izzat, culture, etc.

Gender-based violence is not an issue of one country or community; it’s a public health crisis on a global level. The WHO estimates that about 736 million (or 1 in 3) women all over the world have experienced intimate partner violence, non-partner sexual violence, or both at least once in their life. Around 155 countries in the world have domestic violence legislation in place, however, Pakistan is yet to be included in the list. The Domestic Violence (Prevention and Protection) Bill 2021 is still not “reviewed” by the Council of Islamic Ideology (CII), despite the ever-increasing number of incidents on a daily basis.

Even though the authorities are following the due course of arresting the identified men from the mob that assaulted Ayesha Akram on August 14th, 2021, more preventative strategies are needed on a structural level, in terms of policies and laws, so that the country can curb such violent incidents before they even happen. Wishful thinking it seems, but hope is what keeps us alive!

(Top photo, Ayesha Akram speaking out after a mob of men groped and assaulted her in a Pakistan park on the country’s Independence Day on August 14.)

Sehrish Rashid, originally from Karachi, Pakistan, is a Philadelphia-based writer who is currently pursuing her graduate degree in Public Health. A single mother of two, Sehrish is passionate about youth, women, and LGBT health issues, and hopes to change narratives through empathy and consistency.