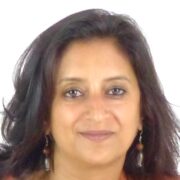 Here’s my reflection on the first 25 years of what I call my health story. I have synced the next 25 years of ‘my healing journey’ to the Omni Wellness story where I elaborate on my discovery of the ancient healing arts of Yoga and Ayurveda. I lead up to the COVID-19 pandemic and the eventual decision to create an accessible online wellbeing platform.

One of my early memories is when I was about 5 years old. I was admitted to the army hospital with a jaundiced liver. My mother would drop my older sister to school in the morning before cycling over with home-cooked food and sugarcane juice. She would spend the greater part of her visit nourishing me.

My mother’s nurturing was key to my healing.

By the time my father took premature retirement from the army, I was 10 years old. I had lived in 5 different states and stayed in 10 different homes and studied in at least 5 different schools. I would be remiss if I did not share that I was prone to constipation during those years. After a few years of living in the same city, I prided myself on becoming adaptable and resilient as I began to make friends without the fear of losing them to yet another move.

Our frequent moves impacted my nervous and digestive system.

In high school, I became a vegetarian to protest inhumane slaughterhouses. Instead of adding more vegetables or lentils to my plate, I chose to focus on refined carbohydrates, while paying lip service to nourishing home-cooked meals. Around this time, I was prescribed medication for a thyroid condition.

I doused my digestive fire with refined foods.

I worked hard during my college years and ignored signals of ill- health, most of which surfaced in the form of skin rashes and respiratory allergies. Post-college, I moved to Brussels to work in an international youth organization. I read the Gita because friends and colleagues probed me about Hindu philosophy. By the end of my two-year work stint, I had traveled to over 30 countries. Despite my increased self-awareness, I had compromised sleep, food, and exercise.

I was yet unaware of my Ayurvedic constitution.

I returned to India while I wrote a paper for a UN organization. I enrolled in a 30-day cleansing and rejuvenating program. I lasted 3 weeks of the rigorous regimen which involved daily yoga and Ayurveda. When I went back to Paris to submit the paper, I was amazed at my newly developed appetite and craving for healthy food. I was able to wean off the thyroid medication.

The Ayurvedic treatment regulated my metabolism.

I continued to neglect exercise while working a high-stress job in Hong Kong; though I was fascinated as I watched the locals practice Tai Chi in open parks. I had noticed the lingering colonial impact of demeaning native medicine in India. I marveled at the Chinese for the pride in their heritage. I developed hay fever.

My immunity was further compromised by stress.

I returned to India at the age of 26 with a renewed interest in my roots. I began a serious yoga practice and opted to attend the Sivananda International Teacher Training Course in Kerala. During a month-long stay, I settled into a routine that encompassed all aspects of yoga- the physical practice, the Vedic theory, the spiritual devotion, and the ethics of service. I was proud to receive the title of Yoga Siromani.

My body, mind, and soul were healing.

Soon after, I moved to my husband’s country, America. I founded Omni Wellness to teach yoga, alongside my day job of opinion research and volunteer management. I was amazed at people’s work ethics and their spirit of volunteerism, though I was disturbed to see that they were compromising rest and nourishment. I witnessed the impact of time management on a population’s circadian health.

I lamented America’s culture of health.

As a natural extension of my interest in India’s healing arts, I began my studies in Ayurveda in the year 2000. I was validated by simple truths that rationalized my family and cultural heritage. I learned about the human potential for health and our inherent ability to self-heal. In 2002, very pregnant with my first child, I graduated as a Clinical Ayurvedic Specialist from the California College of Ayurveda. I began teaching maternity yoga and consulted in Ayurvedic childcare, even as I, myself, learned all about what it means to be a mother.

All I know, I learned through Ayurveda.

Omni Wellness became a full-time practice of community yoga classes and Ayurvedic consultations. I now understood the struggle of working parents and the toll it takes on family health. After a couple of years, I internalized the unique nature of each human life when our second child was born in 2004.

My early practice revealed the universality of Ayurveda.

Around 2006, we had the opportunity to live in Bangalore. I immersed myself in the laidback lifestyle while I designed employee wellbeing programs for companies that were noticing the health impact of foreign work culture. At the tail end of our stay, I escaped to Kerala to do a month-long Advanced Yoga Teacher Training. I attained the title of Yoga Acharya.

I embraced the four pillars of health: nourish, move, rest, and connect.

I discovered a different part of America when we moved to the Greater Boston Area in 2008. Omni Wellness began children’s yoga classes and engaged the community in seasonal living through workshops and family consultations. I truly tuned in to the energy of motherhood as our youngest was born from our hearts and brought home in 2011.

After establishing my practice in Palo Alto in 2012, I was fortunate to join the first cohort of the Stanford Health 4 All Fellowship in 2014. I organized community-based participatory research with a local Gurudwara. Through a uniquely designed approach that incorporated mindful eating, the congregation was encouraged to cook their heritage whole foods for the weekly langar. Omni Wellness had stepped into the world of community health.

My practice evolved from consulting to coaching.

I studied more Ayurvedic techniques to support those on the path toward optimal health. I empathized with and coached many as they struggled with behavior change. I volunteered in local leadership roles where I could influence the culture of health. Omni Wellness programs extended guidance to teens, young adults, women, and families to discover their motivation and their health potential.

During the covid pandemic, and after 20 years of teaching and consulting, I was inundated with a renewed interest in yoga and Ayurveda from around the world. Drawing upon my unique combination of knowledge of the ancient healing arts and cognitive behavior therapy, I re-invented Omni Wellness as an accessible and affordable online wellbeing platform.

Sumita Vasudeva’s mission is to inspire all to live their best life, with intention. Join her to enhance energy, reduce stress, and discover peace through Omni’s pillars of health. She invites you to explore and maximize your health potential by becoming a member of Omni Wellness where you may choose to attend workshops in real-time; practice along with recorded videos; connect with your peer health community; and receive personalized guidance or Ayurvedic coaching. http://www.omniwellness.org