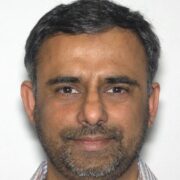 An Officer and a Filmmaker: A Bureaucrat’s Journey From the Theater of War to ‘Music School’

As noted Indian Muslim activist Afreen Fatima and her family had anticipated, India’s most populous and influential state Uttar Pradesh used state apparatus to unleash its fury against them. On June 12, the state government razed their family home to the ground, two days after protesters in Prayagraj (formerly Allahabad) demonstrated against the vilification of Islam’s Holy Prophet by two BJP officials.

The demolition and preceding detention of Afreen’s father, mother and sister, are widely believed to be acts of targeted retribution. It is the price Afreen’s family has been made to pay for the activism she and her father have been engaged in against India’s ruling dispensation and its persecution of India’s minorities. The brazen manner in which the UP state government has given short shrift to due process is outdone only by the complete genuflection of major news media outlets in peddling the state’s narrative. Any doubts that the demolition is essentially a response to the family’s daring to speak truth to power was dispelled by the State Superintendent of Police who referred to the father-daughter duo as being involved in “propaganda.”

Bulldozers are increasingly the Indian state’s tool of choice for subjugating Muslims. They have been deployed with devastating effects in multiple locations around the country including Jahangirpuri near New Delhi and Khargone in Madhya Pradesh. While religious minorities are the primary victims of Hindutva’s violent ultranationalism, it is important to assess what this means for the rest of India’s 1.4 billion people.

Growing up in India, two fundamental realities about my country became apparent to me. One is that the essential struggle of the vast majority of Indians is a struggle for survival against economic deprivation and systemic injustices. The other is that the resurgence of India, where over 280 million citizens are classified as religious minorities, can be contemplated only by building on the founding ethos of pluralism, and a constitution that, in principle, holds all citizens to be equal before the law. This ethos is in peril, as Hindutva continues to advance its agenda — not of uplifting the lives of millions who have not had a fair share of opportunity and resources for generations, but on fundamentally altering the Indian society and institutions to reflect an ethnoreligious majoritarian dominance.

India accounts for one in three of the poor population worldwide. Before the pandemic, 270 million Indians were living below the poverty line. The ranks of the poor have now swelled by an additional 230 million, as 84% of Indian households saw a decline in income in 2021. This is the scale of devastation wrought by the pandemic and the government’s criminally negligent response.

India’s rich traditions of religious pluralism and cultural syncretism have been celebrated around the world. India is home to more Christians than the population of Sri Lanka and more Muslims than the population of Russia. That this diversity is a source of strength as well as tensions is clear. However, at this defining moment in India’s history, a focus on the latter is one of the biggest obstacles to India’s resurgence. The fixation on remaking the country as a Hindu majoritarian state on the basis of a dangerous rewriting of history is leading to an atrophy of the country’s economy and institutions that serve all Indians.

In December last year, Hindu hardliners openly called for killing two million Indian Muslims. While experts have warned that such a genocide is a possibility, the effects of a gradually intensifying and carefully calibrated persecution of minorities need to be analyzed. Villagers pledging not to buy from or sell to Muslims, Hindutva groups running online campaigns to boycott Muslim mango wholesalers, and the Vishwa Hindu Parishad urging Hindu farmers to sell only to Hindus via Hindu middlemen are not minor disturbances in an otherwise healthy economy. They represent a pursuit of the fallacy that some Indians can marginalize other Indians without the country and the system declining as a result.

When Muslim girls in Karnataka are denied access to education on account of a head-covering, it is a loss not only for the individuals concerned. A less educated populace does not augur well for any society. It is inconceivable for an entire community of 200 million Muslims to remain positive contributors to the economy while being besieged by economic boycotts, frequent lynchings, call for their genocide and denial of access to education for women who choose to dress differently.

At the heart of India’s Constitution, widely considered a great success story for its ability to stitch together a nation from the most diverse populace in the world, lies the guarantee of life, liberty and equality for all its citizens. In truth, the Constitution has long been at variance with the lived reality of millions of Indians due to deeply entrenched inequities based on religion, caste and gender. State-sponsored atrocities like the 1984 massacre of Sikhs in Delhi under the Congress government and the 2002 pogrom against Muslims in Gujarat under the BJP represent two among many failures of the Indian state to implement the Constitutional guarantees in practice. However, at no point in independent India’s history have threats to India’s constitutional democracy been as existential as they are today.

Unless Indians arrest this decline themselves, international opprobrium of any kind will have only a limited impact. India can be resurgent, but only when all its religious communities are in it together. Her moral standing in the comity of nations is based on accomplishing unity in diversity. Today India is on the brink of potentially irreversible disunity. For the country to fall over this precipice would be a disaster for all Indians and a monumental loss for humanity.