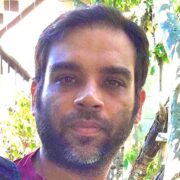 A few years ago, shortly before the 2016 U.S. presidential election, my son and I had the unfortunate experience of being subjected to racial abuse by a white woman at a Safeway grocery store not too far from my home in San Francisco. She backed off only when I informed her that her actions would have been recorded on the store’s CCTV system and would almost certainly land her in jail, especially since her aggression had also been directed at a minor. In a trice, she bolted out of the store and probably drove off in haste.

The woman’s behavior was an example of the overt racial violence that was endemic in the era of Trumpian misrule as well as the months leading up to it. Along with this tragically familiar form of racism, the Trump years also gave rise to a new form of racism, which I term ‘alt-racism’. Although some of the roots of alt-racism predate the high noon of Trumpism, it was during Trump’s reign that alt-racism was consolidated, amplified, and even refined.

Alt-racism is marked by a few key features: it often hides behind the mask of apparent reasonableness; it strategically uses wokeness even as it mocks minorities and liberals for being woke and complains incessantly about cancel culture; it feeds and feeds off the grievances of a white majority even as it skewers identity politics based on race, gender, and sexual orientation; and it falls back on old tropes such as IQ as a measure of group ability, eugenics, biological differences as the ground of human traits, and the denial of the very existence of race or ethnicity as social facts.

Alt-racism is a broad church, encompassing the so-called ‘intellectual dark web‘ or the group of thinkers who portray themselves as independent-thinking, renegade contrarians, the ‘alt-right,’ as well as an assortment of disgruntled Americans, including anti-vaxxers, Covid-19 deniers, white supremacists, and those who participated in the Capitol riots of January 6, 2021.

In the universe of alt-racism, critics of identity politics who attack identity-based demands for rights, such as the LGBTQA+ movement, or criticize movements for social justice, such as Black Lives Matter, are either unable or unwilling to examine their own assumptions, social location, and origins. The critics typically fall into two categories: one, privileged white elites, like Bill Maher, Tucker Carlson, or Richard Dawkins, who have the luxury of acting as if they have transcended race, and, two, whites from a more modest socioeconomic background who feel they have been deprived of their due which has been handed to racial minorities, through policies like affirmative action.

In a remarkably prescient and insightful essay, “Refiguring Social Space,” written in 1995, the scholar Cindy Patton described how the American New Right had co-opted the political rhetoric and strategies of progressive civil rights movements of the 1960s and 1970s to push back against so-called political correctness and demands for sexual equality in the culture wars of the 1980s.

The Trumpian base reprises this history: it represents a movement that is simultaneously grounded in white disaffection while claiming it is opposed to racial preferences. For all the accusations of the supposed cancel culture of the Left and woke minority groups, terms like “virtue signalling,” are habitually used in alt-racist discourse to shame and shut down minorities and voices speaking for social justice. The long and short of it can be summed up thus: alt-racism, in its crude and sophisticated forms alike, is essentially a backlash against the change in the terms of political discourse and social behavior in America.

It is not so much aimed at the specifics of what can be said or not said or what can be done or not done as at who should decide the parameters of acceptable speech and behavior. Groups, such as racial, ethnic, and sexual minorities, who have been historically shut out of mainstream public and political discussions, who have been the target of prejudice, mockery, and jokes, and who have been subjectedto relentless symbolic violence and humiliation are now speaking up against the overt and covert biases that inform routine speech and actions in American public and political life. No coincidence, then, that many of the prominent figures in the alt-racist space invoke the suppression of free speech in defense of their words and deeds. What they are asserting, in fact, is the right to be the final arbiters of speech and behavior in public space, online or otherwise.

It remains to be seen how all of this will pan out. Will it lead to new norms and codes of speech and behavior? Or will any such shift be temporary? Whatever the eventual outcome, as an Indian American who has lived in America for over two decades, I am struck, though, by one ugly irony embodied in the present state of affairs. Alt-racism very closely resembles and mirrors a similar trend in the Indian American community, a trend that can be termed ‘alt-casteism’. Indian Americans and more recent Indian immigrants alike tend to be drawn overwhelmingly from the privileged castes in India. Like alt-racism, alt-casteism takes several forms, including familiar forms of casteist prejudice.

Indeed, the brutal realities of casteist violence and exploitation of Indian society often follow the diaspora in America: the scandal involving the Swaminarayan temple in New Jersey, which is run by the Bochasanwasi Shri Akshar Purushottam Swaminarayan Sanstha (BAPS) trust, is a case in point. The trust, which has a history of seeking to deny Dalts entry into temples, is under investigation by the FBI for bringing workers from marginalized caste backgrounds to the US and forcing them to work on a temple construction project for a fraction of the minimum wage.

The more enlightened form of casteism, if one may use that phrase, is manifested in the belief, widespread among privileged Indian Americans, that they have transcended caste itself. This belief is paradoxically coupled with assertions of upper-caste pride, manifested in community events that typically exclude those from other, usually marginalized or oppressed, caste backgrounds. The vehemence with which sections of Indian-Americans, and organizations like the Hindu American Foundation, are opposing a civil rights initiative to make caste a protected category, like gender and race, in Santa Clara county in California, is truly dismaying as is their bizarre logic that such a move will lead to discrimination against Hindus.

If we Indian Americans and Indian immigrants are to successfully combat racism targeted at us, whether in old or new forms, we must welcome and support struggles that recognize and seek to address inequality and discrimination within our own communities. Otherwise, we will be rightly judged guilty of perpetuating the same kinds of hypocritical prejudice and violence against the most vulnerable and marginalized among us.

Rohit Chopra is Associate Professor of Communication at Santa Clara University. He is the author, most recently, of “The Gita in a Global World: Ethical Action in an Age of Flux” (Westland Books, forthcoming 2021) and “The Virtual Hindu Rashtra: Saffron Nationalism and New Media” (HarperCollins 2019). He is the co-founder and co-host of the IndiaExplained podcast (www.soundcloud.com/indiaexplained).