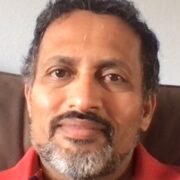 The Washington Post recently covered Tanuja Gupta and the canceling of an Equality Labs sponsored talk at Google. The article details what happened to the planned talk and the eventual departure of Gupta who was a Diversity, Equity and Inclusion (DEI) volunteer involved in organizing the talk. The article itself has several points of contention but what is most interesting is the substance of Gupta’s farewell email. The email is a troubling piece in the larger puzzle of a well-oiled divisive machine that is designed to sow discord and divide folks of the Hindu faith.

Gupta and Equality Labs claim to ally or represent a marginalized group, and as an organization appears to have significant mainstream press coverage including the Washington Post and Business Insider. It’s not surprising that the article referenced above and the leak of her letter seem to be more than a coincidence. They appear coordinated and well-timed. The articles curiously fit a pattern of self-certified victimhood that hijack legitimate causes of women in tech and whistleblower retaliation.

The means to send out an email to an 8,000+ group within Google hints at privilege. Funnily enough, Gupta’s farewell email details being able to criticize Google HR who were handling complaints in confidentiality. For an ally of a marginalized group, this is an unprecedented abuse of company infrastructure and position of power in the sensitive area of DEI. It seems Gupta was served multiple breaches of confidentiality warnings which would suggest overarching reach within the Google organization.

One would expect the role of DEI and volunteering from a high management position would mean the voices of concerned employees are handled with care and empathy. The majority of Hindu tech workers are in fragile situations dealing with overbearing highly skilled immigration policies tied to employment. To directly attack those employees and dismiss their concerns as “misinformation” is appalling. To be in a state of constant distress about legal visa status is one thing, but to be harassed by well-organized hate groups is insulting and traumatizing, to say the least. It is quite clear from her statements that the DEI setup has been hijacked to further hate propaganda and divide a micro-minority community.

Gupta’s actions are hypocritical on several levels. As per the self-described track record, Gupta seems to enjoy the fruits of her labor when things are going well, establishing her credibility when citing for example the Superlative Award. However, Gupta quickly turns track and raises the alarm of being oppressed when challenged by employees with genuine concern. A simple google search will reveal multiple sources of data on the bias of Equality Labs and their flawed research methodology. One would hope important feedback such as this is easily received for someone working with DEI.

The Code of Business Conduct and Ethics is quite clear about how one should act as a people’s manager upon receiving concerns from reports and other employees. Equality Labs is infamous in the Hindu American diaspora for its rhetoric on Dalit issues. It would seem Gupta is disconnected from the community, which is a pity given her position and work with DEI. It is more likely however that Gupta has turned a blind eye. In one part of the email, Gupta mentions being made aware of employee concerns about the questionable Equality Labs. In other parts, she seems to keep questioning the reasons for canceling the Equality Labs talk. Employees have raised concerns with easily accessible public domain information about Equality Labs. It would seem Gupta is unable to do her own research. The email even goes as far as claiming Sounderajan of Equality Labs is an expert on the topic.

The farewell email is designed to appeal to the reader’s emotion as opposed to guiding thought with facts that cannot be contested. “Caste follows where South Asians go” is a familiar Hinduphobic statement that is not based on reality. The email also calls out 1.9 billion humans affected by the caste system. This is a fact that side steps diminishing Hindu populations in Bangladesh and Pakistan that are subject to religious persecution.

The email also fails to mention the prior associations between Tanuja Gupta and Equality Labs. Soundararajan is proclaimed to be the real victim while the email conveniently fails to mention Equality Lab’s letter to CEO Sundar Pichai. The top leadership is called out to be oppressors, accusing them of caste privilege, in lockstep with Soundarrajan’s email. Gupta’s email is provocative and seems to sidestep facts in an attempt to manufacture outrage. It would seem that the email was written as a call to action demonizing legitimate concerns reminiscent of Hitler goading fellow citizens to turn on their Jewish compatriots. As a DEI volunteer, this is the wrong example and precedent to set in 2022 side-stepping easily accessible facts, and conflating reality and fantasy.

Corporations should take note of this email and the machinery that enables an echo chamber of division. It is quite easy to steer well-meaning employee initiatives such as DEI into a brick wall. The call to action in Tanuja Gupta’s email to include caste as a protected category is Hinduphobic devoid of fact and rooted in campaigns run by dubious organizations such as Equality Labs. The reality is that caste discrimination is covered under existing laws and corporate policies. We have a long way to go in understanding Hindu history, including the contributions of leaders from Hindu Dalit and Bahujan communities. The struggles of the community are varied, from immigration challenges to hate campaigns that consistently run against their faith.

Madhu Hebbar, an engineer, is an IIT graduate, living in the greater Los Angeles area. He is a practicing Hindu, and an avid reader, who is interested in Eastern philosophies and their general application to Western challenges. He is engaged in coaching youngsters interested in Hindu civilizational history, universal values and its modern-day relevance. He has contributed to many intellectual engagements for a decade-plus in the Hindu community across the U.S.