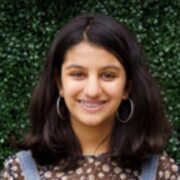 Lighting up the Fairway: 19-year-old Indian American Akshay Bhatia is a Gifted Golfer

A lot of people believe that the Civil Rights Movement only benefited African Americans. However, the benefits were much more widespread than we may think. We owe immigration rights, voting rights, the ability to marry outside of our race, and so much more to the movement. Restrictions that anti-civil rights groups imposed on all people of color were lifted. The effects of this movement were sweeping, and need to be discussed more.

Unfortunately, anti-African American stereotypes are not uncommon in the Indian American community. I’ve heard one of my older relatives saying that they don’t work hard and shouldn’t be getting “handouts.”

I think that shows a severe lack of education. When their generation immigrated  to America, African Americans were portrayed negatively in the media. Even though the  civil rights movement abolished many restrictions and segregation, it’s extremely difficult to get rid of deeply rooted and racist ideologies. As young people, we may think our ideas about equality among all races are a given, but they’re not.

It’s necessary for us to talk and write about progressive ideas such as social justice and equality. I’ve also heard older relatives and even friends say African Americans need to “get over” slavery because that it was a long time ago, and things are different now. “Just look at Barack Obama or Oprah!”, they say. However, we know that the effects of slavery weren’t just short term. They linger today in systemic racism, and anti-blackness is still a stain on this country we have yet to confront.

Writing about these kinds of ideas as a young person is extremely important. Getting your words and this information out to a larger audience is going to make anti-racism and equality more widespread. Getting your voice out there by addressing events in history can and will reach people in a different way. Additionally, learning to express yourself by talking about your identity gives people the ability to understand it more, as it can be confusing as an Indian American. I definitely feel split between my two identities at times. Writing about my identity is a cathartic experience, in which I am able to address both parts of my identity.

A great opportunity to express yourself while talking about your identity and the civil rights movement (and to possibly earn a cash prize) is right here. The organization Hindus for Human Rights and Indian American Muslim Council is holding an essay competition (you can also enter an art piece). It’s pretty open ended, and you can really speak about your identity regarding the civil rights movement in any area you’d like to. This is the full prompt:

Students are being asked to express how their identity informs their understanding of and response to the struggle for civil and human rights. Some of the suggested areas for consideration are: How are they benefitting from the efforts of those who fight for such rights? What does non-violence as a core principle of  such struggles mean to them? How do the Civil Rights Act of 1964 and the Voting Rights Act of 1965 relate to their experience as a South Asian-American today?

How does their cultural or religious upbringing affect their engagement with the challenges of our present moment for social justice and human dignity? What are their moral obligations in the face of these challenges? How does their identity intersect or conflict with contemporary civil and human rights issues: e.g. anti-black racism and the Black Lives movements, casteism, Islamophobia, LGBTQ+ communities and gender injustice, gun violence, economic disparities, etc.?

Deadlines and logistics are on https://drive.google.com/file/d/1KYVK-bb-zmW9c9gXRNJHTUTpK7Ye0WfD/view

Anokhi Mehta is a first-year high school student in the Bay Area. She enjoys singing, debating, and writing.

South Asian Youth Initiative to Take Down Structures of Casteism, Anti-Blackness and Islamophobia

I’m Half Indian and Half Black, Yet I’m Made to Feel Only Black, Within My Own Family