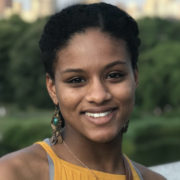 I support the protests against the police killing of George Floyd wholeheartedly. Floyd was an innocent man who was killed for no reason. We need to acknowledge the fact that white privilege exists, and people are being murdered for nothing other than their skin color. I believe, without a doubt, that if Floyd was white, he would be alive today.

Derek Chauvin and the other officers involved need to be held accountable and charged to the highest degree. America has a history of releasing and acquitting people who have murdered black people, especially if they are in the police force.

Very often, black people cannot peacefully go about their daily life without being murdered in cold blood because someone thought they were a “threat.” There is no reason why black kids should not be able to play games or go for a run without getting murdered.

The ongoing protests across the country are a fight against the injustices that black people have been facing for centuries. Decades upon decades of systemic racism and oppression have caused generational trauma and anger within the black community.

Police are biased against black people. Due to centuries of false stereotypes and negative portrayals by the media, many people, especially the police, have come to view blacks as thugs, criminals, and drug dealers.

Even the “positive” portrayals on African Americans only have them as rappers or athletes. These representations of the black community create the idea that black people cannot contribute anything else other than crime or entertainment.

When police pursue a black person suspected of a crime, they automatically assume that this person is dangerous and deceitful, making them more likely to shoot and kill. This has been proven by the number of black victims of police brutality and violence, even though most of them are not guilty of anything to warrant such a response. The rate of black people killed by the police is several times higher than the rate of white people.

I believe black people face systemic racism more than other non-white minorities. Of course, other minorities also encounter racism and oppression by the majority in this country, but racism against black people has been ingrained in the system for over 400 years at this point.

While all races are victims of police brutality, black people are subjected to police violence and murder at much higher rates than other minorities. Nonblack minorities have certain privileges that black people do not have.

For example, an Asian is much less likely to be killed by the police as a black man simply because Asian people are not seen as a threat as much as black people. The concept of the “model minority” is the idea that a certain demographic group is perceived to be much more successful than other minority groups.

This myth fosters a sense of superiority among non-black people of color against black people. These ideas cause the anti-blackness prevalent in other minority groups, especially in the Asian community.

The idea of the model minority was created to pit non-black people of color against African Americans in the hope of breaking up the unity among people of color as minorities in the United States.

Indian Americans have racist attitudes towards African Americans. This issue is as close as my own family. My mother is Guyanese Indian, and my father is Nigerian. From the beginning of their relationship, my parents received opposition from my mother’s side of the family against the fact that my father is a black man.

The racism from the Indian side of my family caused my parents to elope and get married without parental consent. Anti-blackness in the Indian American community also stems from colorism back in India, where dark skins are treated much worse than light skins, where whiteness is the beauty standard.

Even today, I have never truly felt like I am a part of the Indian community. I know that I am half Indian, yet I feel black in this country and only black. I feel less Indian among other Indians than among white people.

I always sense an air of superiority from other Indians, as if they are better because they are purely Indian and I am only half Indian. I especially get that from my own family, like my cousins. It is almost as if they are saying, “I’m Indian and I’m a minority, but at least I am not black.”

I know many Indian Americans do not actually feel this way, or are not trying to come off that way, but we cannot deny the internalized racism and anti-blackness in the Indian American community.

Nanda Maiki is a junior at Stony Brook University majoring in biology and is on pre-med track.