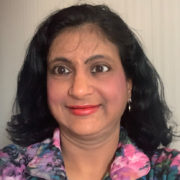 Random Thoughts About America the Beautiful, Even During the Pandemic

For my 8th birthday, I asked my parents for a “Dancerella” doll.  Trendy in the early 1980’s, “Dancerella” featured a ballet-performing doll.  So, my father visited the biggest toy store in downtown Boston and bought it for me. When I opened my gift, I laid my eyes upon a Black doll. Slightly influenced by society’s preference for light skin, I flinched for a second. Soon, however, I gave her all my love, just as I did my other dolls.

My father later told me that he bought the Black doll on purpose: he wanted to teach me that black is beautiful. Always ahead of his times, my father hoped to impart the same lesson to people back in India. When we visited India the following year, we bought a few of these Black beauties as gifts. Sadly, the plan backfired. While the young recipients enjoyed their treasures, the doll’s “color” shocked the older generation. “I thought the doll would be skinny and pretty and not black and ugly,” one relative said.

A few years later, we visited India once again. As a sassy 12-year-old, I was keen to show people how glamorous I had become.  Unfortunately, as soon as I landed, relatives remarked on how “dark” I had become.  They then proceeded to nag me on rituals I must undertake to look fairer.

“Put some milk skim on your face,” one person told me, while another mocked me for not drinking enough milk. They also ordered me to eat papaya, drink a honey-lemon concoction and of course, apply the famous Indian “lightening” cream Fair and Lovely ®.

They scolded my mother for taking me to swimming lessons, since chlorine makes one “dark.”  (Another “myth” about chlorine, since it is the sun’s reflection and not the chemical that tans one’s skin.).

As an Indian American, this was not my first or worst encounter with racism.  Yet, I was disappointed.  Why was my “wheatish” hue unacceptable to people who I shared genes with?  I sadly internalized the message that I was not good enough. I began “fixing” this by plastering on lighter-colored cosmetics or gloating when I encountered darker-skinned Desis.

But through my father’s influence, I outgrew this flawed mindset in my adult life. I embraced the value that melanin-rich skin had no bearing on character, intelligence, or attractiveness. This led me to developing a sensitivity toward those oppressed for having “darker” colored skin.

Throughout my career, I have worked closely with African American professionals and had the honor for serving as a speechwriter to civil rights icon Congressman Elijah Cummings. I’ve chosen an African American man as my long-term partner and have many close friends who some would say present a darker skin tint.

Super Bowl LVI: For Desis, American Football is an Acquired Taste But With Benefits

Yet, I am far from perfect. Today, almost 40 years later, those deep-rooted insecurities often creep up when I least expect it. While drinking cold milk on a warm evening, I envision becoming “lighter.” Or, I get irritated when a saleswoman at the Origins ® cosmetic counter pushes me to buy a “darker” shaded product that “matches” my skin. I then catch myself and strive to overcome society’s conditioning that fair skin equates to superiority.

This leads me to reflect upon these attitudes. Who are we to blindly follow such dogma? Why is “fair” considered “lovely?”

With the Black Lives Matter and Trump-induced white supremacy movements taking center stage, Indian Americans can no longer afford perpetuate the outlook that lighter is “better.” As model minorities, we must set an example for racial justice. In this short series, I invite you to a new paradigm where “fair” is an action and not a beauty mark.

Devika Koppikar is an Indian American freelance writer who is currently living and working as a high school teacher in China. Her parents immigrated to the United States in the late 1960’s. She holds a master’s degree in journalism and previously worked as a speechwriter to the late U.S. Congressman Elijah E. Cummings.