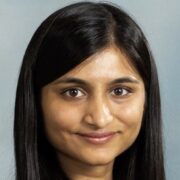 While the world has come to a grinding halt due to the COVID-19 pandemic, the Quadrilateral Security Dialogue, or Quad — a strategic dialogue between the United States, India, Japan and Australia — has gained traction as a response to this crisis. While countering China ranks high on the Quad’s agenda, the shifting security environment makes it appear to have become the key agenda. That is to say, while the Quad has not stated it explicitly, China is indisputably the elephant in the room. The fact that Beijing is excluded from the four-member grouping itself quantifies the very logic behind the making of the Quad. In this case, the Quad can be seen as a new kind of 21st century security alliance.

The increasing polarization generated by the U.S.-China schism adds to the group’s complexity, with both countries appealing for others to “join” their side. The Quad is being pushed to play a bigger role in combating nontraditional and traditional security threats by the expanding contingencies. Here, the key queries remain: Has the Quad adopted a “fire-fighting” mode? If so, does that make China anxious? What is the role of India in the Indo-Pacific?

In the Indo-Pacific, India’s geographic and geopolitical significance provides a counterbalance to China’s expanding presence in the Indian Ocean. India’s security concerns, centered primarily on China’s encirclement policy through port facilities in India’s neighborhood—particularly Gwadar and Hambantota—and the desire to maintain and protect open and free sea lanes of communication against concerns about China’s choke point in the South China Sea and increasing maritime presence in the Indian Ocean under the guise of antipiracy operations, are driving the need for such a counterbalance.

The challenge for India is that, despite its heightened suspicions of China and the rebooting of the Quad, it must balance a number of long-standing and competing security, diplomatic, and economic calculations. India’s vision of the Indo-Pacific rests more on the Indian Ocean and less on the Pacific Ocean, where Chinese assertiveness arouses the most concern from the United States, Australia, and Japan. India is also uncomfortable with any conception of the Quad as an anti-China “alliance of democracies” (as U.S. President Joe Biden has put it). After the end of the Cold War, India purportedly abandoned nonalignment, but it is still unwilling to form an alliance with any country or group. India is undoubtedly concerned about a developing China, but it must also contend with the fact that, as of this year, China has surpassed the United States as India’s top commercial partner.

Another problem for India is that any formal grouping of democracies through the Quad could increase expectations that it will be a strong proponent of democracy promotion internationally. However, India, which has long avoided campaigning for democracy and democratic ideals in its foreign policy, will be offended. It is also exceedingly sensitive to criticism, and any references to the Modi government’s developing authoritarianism and illiberalism might potentially rupture relationships. Finally, while the U.S.-India partnership has progressed rapidly over the past few years, in some quarters, India remains a little wary of the United States as a long-term reliable and trustworthy partner.

India places a high value on the Quad. It can provide a long-term plan to dissuade China in the region, especially considering that China’s policy has so far focused on economic entanglement rather than security encirclement. China, for example, is a crucial actor in the global supply chain, not just through the Belt and Road Initiative, but also through activities like vaccine diplomacy, exporting essential minerals, and setting up people-to-people knowledge networks. India can have a greater impact on defining the global order and constraining China through the Quad. At the same time, the Quad allows India to pursue close defense cooperation without the need for a security alliance.

Nishi Patel is a student at The Bush School of Government & Public Service, Texas A&M University, where she is currently getting her Master’s degree in International Affairs. Her area of focus is the Middle East and South Asia. She aspires to join the intelligence community and in her free time, she runs and paints abstract paintings.