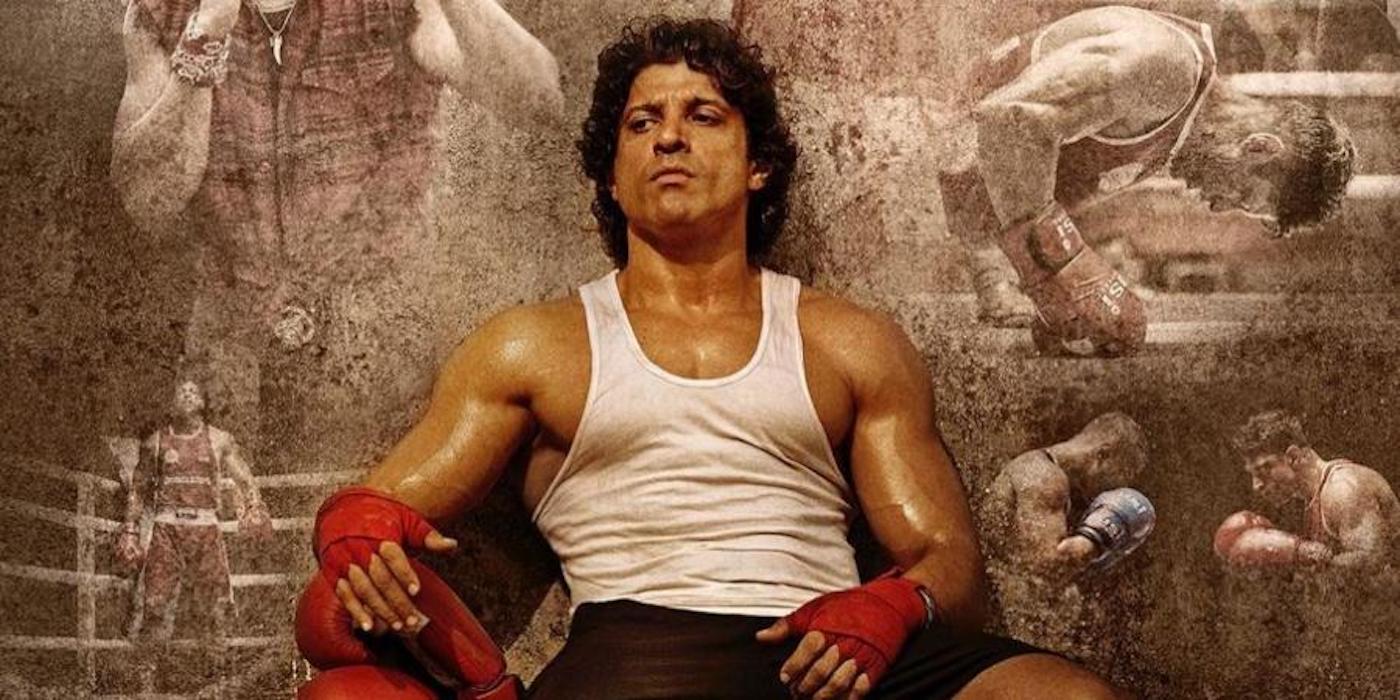 Spouses of a Lesser God: How the Biden Administration is Failing Those With H-4 Employment Authorization

Rakeysh Omprakash Mehra’s latest sports drama “Toofan” is a poor man’s “Rocky” meets “Million-Dollar Baby,” Mumbai-ishtyle, with a little “Dangal” thrown in for masala. Add to that a beefy Farhan Akhtar, an affable Mural Thakur, and a rags-to-riches, feel-good love story, and you have yourself a fairly watchable fare.

Despite the predictability of the film, replete with cliches — the underdog, the personal tragedy, trials and tribulations, the training montage (every good sports story has one, right?), the supportive circle, the every-sports-film finale — “Toofan,: despite some glaring holes (which we will get to), doesn’t disappoint.

Small-time gangster, Dongri ka mawalli Ajju bhai urf Aziz Ali (Farhan Akhtar), an orphan raised by local don (an underused Vijay Raaz in a cameo), is known for his strong punches in street fights, and his heart of gold, proven because he hangs out with orphaned kids, buying them
sunglasses and shoes, and teaching them to love one another and not throw punches.

Ajju, stumbles into the world of boxing, after a well-meaning doc, Ananya Prabhu (Mrunal Thakur), who works at the local free clinic, points him in the direction, after berating him for his life choices. After seeing videos of the great Muhammad Ali…the deal is sealed. The boxing ring becomes his new home and his newfound passion.

Once he makes up his mind, there’s no stopping Ajju. He goes from extorting money to realizing his true calling in life…boxing. And with the support of his trusty side-kick, dost Munna (Hussain Dalal), Ajju sets his sight on becoming nothing short of a State-level champion, a glory most spend years and hours to achieve, but Ajju is going to achieve overnight. Snag, No. 1.

He practices with such dedication that he manages to convince sought-after khadoos Marathi manoos, renowned boxing coach Narayan Prabhu (Paresh Rawal) to take him on as a student. However, we are never privy to what makes Prabhu such a great coach…other than his brusque, tear-you-down-to-build-you-up philosophy. Glaring snag No. 2.

Coach Prabhu seems more there for the free-ka-gyaan and less for coaching. Big, bombastic words do not make up for the lack of depth in his character. A huge oversight by the director and writer. Prabhu is blatantly prejudiced towards Muslims (on account of his wife being a victim of a heinous terrorist attack), sneaking in his bigoted thoughts in casual conversation with daughter Anaya and pal and drinking partner, neighbor Bala (Mohan Agashe). While he won’t even order from a Muslim-owned restaurant, he believes in Aziz’s potential as a boxer and chooses to train him over his Hindu proteges. Dronacharya has finally found his Arjun. The relationship between Nana Prabhu and Aziz takes a turn for the better, through numerous tropey training montages.

Now how did Ajju’s proclivity for violence translate into his prowess as a pugilist is never quite explained, but soon enough he finds himself state champion…naturally. Snag No. 3.

But things take a turn like they always do. Dr. Ms. Do-gooder spots Aziz charmingly chilling with the aforementioned orphans sowing the seeds of his redemption in her eyes (she was totally against his fists-for-hire lifestyle). Predictably, this blossoms into the fruits of love. Who saw that coming, right? Peppered with soulful songs reminiscent of the ’90s, composed by Shankar Ehsaan Loy, this is a romance, though sweet and refreshing, which seems unnatural and unbelievable. Kahan gulli boy aur kahan doctor. Snag no. 4.

And then the shit hits the fan. The two, facing strict opposition leave home, perform a secular registry-type shaadi, face and overcome communal bigotry, become persona non-grata for papa Prabhu, get involved in a match-fixing scandal (no spoiler alert here), lose the license, have a child, settle into middle-class anonymity, tragedy strikes (again, no spoilers), the license is regained and boxing glory is regained, via healing of hearts and minds. Phew, that was a mouthful.

And “Toofan” ends up becoming a plea for communal harmony, and to boot, an exposé of India’s boxing federation and its ills, that just a tear-jerker of a rags-to-riches, love-story. Terms like the now-popular ‘love jihaad’ are discussed and the film shows that prejudices exist on all sides. Hidden prejudices in the professional space and the struggles an inter-faith couple goes through in India for something as basic as finding a home are aptly portrayed by Mehra.

In a pivotal scene, Aziz refuses his neighbors’ diktat that Ananya convert to their faith and change her name so that they can be married and live in their mahalla Their relationship too is dealt mostly with sensitivity — showing their love, compatibility, and light-hearted banter, and understanding for each other’s faith.

This is the film’s primary predicament: its religious commentary, which seems to be an embellishment tacked on to add token cultural relevance and lend the narrative an apparent bite that seems to be missing from the film’s lackluster bouts. Snag number 5.

But it is the performances of the actors that elevate “Toofan.” Akhtar’s hard work shows as he takes a long heartfelt journey from being a goon to a national champion to a regular Ahmed, tour operator, and back to being an athlete. Thakur is natural and endearing. Paresh Rawal is brilliant as usual. Hussain Dalal is wonderful too. One wanted to see more of other actors like Vijay Raaz and Supriya Pathak (a friendly and supportive nurse). Although the formulaic story and gratuitous runtime (a whopping 3 hours) are downsides, Akhtar’s masterful portrayal of goonda-turned-boxer-turned- family man and a few heartfelt moments hold the film together.

“Toofan” is streaming on Amazon Prime.