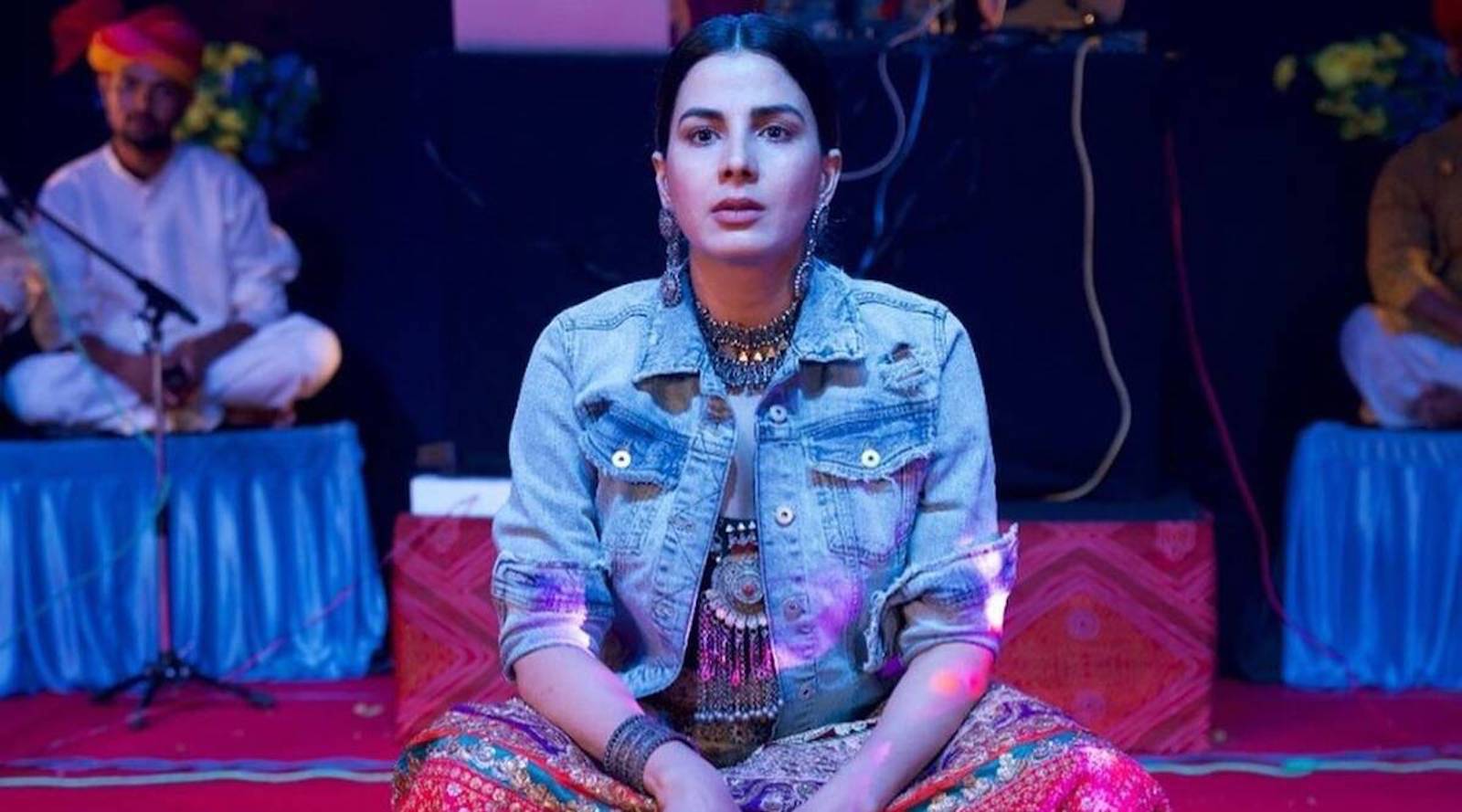 Sometimes, the best intentions are lost in inadequate execution. And that is precisely the case with the Kirti Kulhari starrer “Shaadisthan,” a film that talks of women empowerment, but whose lofty effort is burdened by shoddy storytelling that fails to hold audience attention.

So, here’s what you have. An orthodox middle-class couple (Rajan Modi and Nivedita Bhattacharya) want to get their nabalik 17-year-old daughter Arshi (Medha Shankar) married, much against her wish. They have to make a trip to Rajasthan on short notice, for their nephew’s wedding and their daughter’s mangni – a two for the price of one deal.

But Arshi runs away from the house and they miss their flight. They settle to go by road, along with the band who will be playing at the wedding, an arrangement organized by the dulha-to-be. The family boarded the psychedelic bus, with much trepidation, made worse by the constant drinking and smoking of the four. Uncleji clutching his bag full of money and gold (arre he’s going to a desi shaadi) conveys his displeasure very audibly to his hapless wife and daughter, shushing them up if they try to voice an opinion.

The four musicians in turn are cool and edgy, and wear their “I don’t’ give a damn” attitude on their sleeves, constantly pooh-poohing society’s rules. The lives of these free-spirits collide with that of the small-town couple as they travel together from Mumbai to Rajasthan, in an unforgettable road trip to end all road trips.

Arshi’s father is the archetypical desi baap who controls the women in his life, oblivious of their khwaishen (desires). He doesn’t let his daughter talk, and almost beats up one of the members who innocently tries to wish her happy birthday with an innocuous hug. His wife too is not spared his chauvinism – reduced to cooking his meals and washing his kachche (underwear), keeping a constant check on her ever-slipping ghoongat and waiting for the permission of her dear hubby, even to drink tea.

The morose and silent (and we find out later, suicidal) Arshi, who is also on a hunger fast, finally can take it no more, breaks down and tells Sasha (Kirti Kulhari) and her crew her woes asking poignantly, “Are your parents’ monsters too?”

From then on, Sasha plays messiah to Arshi and her brow-beaten, dabaoed mother. Sasha has the sensitivity of a battering ram and is always eager to let Arshi’s mother know that she has the privilege to marry whoever she wants, but she chooses not to, reveling in her freedom. All the while, this empowering discourse takes place while the women are making rotis, with Sasha pointing out, “I’m making food because I want to. You’re here because of your conditioning.” The conversation is almost painful to watch as Sasha asking her, “When was the last time you had sex?” She continues prodding, “When was the last time you hugged your ‘voh’?” Yet, after more preaching by Sasha, there is a sudden shake-up of mindsets, age-old beliefs are shattered, and personalities are rewritten. All in a matter of minutes. Happy ending for all. The journey becomes an eye-opener for the family. As the film ends, the parents realize — well, you must have already guessed what realization dawns on them – and amends are made. In short, this is a road trip flick that increasingly starts to look like a coming- of-age story dedicated to the narrow-minded, chauvinistic fathers of India.

Newbie director Raj Singh Chaudhary’s intent was obviously to narrate a simple story that drives home a powerful message about gender disparity, the lack of adequate importance being given to the female voice in an average Indian household, as well as the generation gap. He also wanted to portray the intrinsic societal disparity between two very different Indias – the more modern and the one, less so. But there is a difference between simple and simply unconvincing, and it becomes glaring as the story moves.

“Shaadisthan” could have dealt with these deeply layered issues with more sensitivity and grace. Oppression in lesser-privileged families, where women are constantly silenced cannot be waved away by a few condescending speeches. Sasha’s savior complex becomes a bit too much to swallow when she says, “Hum jaise auratein ladte hain taaki ap jaisi auraton ko apni duniya mein ladaai na karni pade.”

But the director saab has left some huge stones unturned. The characters are sorely underdeveloped. For example, we get to know little or nothing about Sasha’s back story save for the fact that she makes 2.5 lakhs a month (on a band income…I think not), looks after her aged parents, and has an older brother in the U.S., who’s shirking his financial responsibilities towards his parents and hasn’t even visited India in over two years.

Sasha’s personality too seems uni-dimensional – reduced to glaring, dour expressions, lofty bhashan’s and snarky comments. Still, the cast led by powerhouse actress Kulhari (terribly under used) is a sincere attempt to salvage an otherwise amateurish film. And it is Kulhari, particularly, who gives the film its stray engaging moments, as little as there is.

Speaking about her role, Kulhari told Midday, “My character Sasha is sorted and empowered. She came across as a person I am hoping to become someday,” adding, “I knew it was a small film, but I gravitated towards it because it’s the kind of movie that has to be made. The budgets and resources were limited, but our heart was in the right place.”

Stellar actor Kay Kay Menon makes a special appearance somewhere in between the story and would have been a pleasant surprise. However, I am still trying to grapple with what the point of his bit-role was other than speaking perfect Rajasthani and providing ganja-laced chai to all. Menon, incidentally, had a stellar role in “Gulaal,” the film that had marked “Shaadisthan,” director Raj Singh Chaudhary’s debut as a lead actor years ago.

Nivedita Bhattacharya is fantastic and very natural as the girl’s mother – caught between husband and daughter. Her role compliments Sasha’s empowered woman role very well with the dialogues and face-off between both, the highlights of this movie, although they do tend to come off as preachy.

Medha Shankar too is well suited for her role. Although she has very few dialogues, one gets to feel her pain through her expressive eyes. Rajan Modi is fine as the overbearing papaji. There are a few pleasant moments scattered here and there, like when the mother reveals shyly that she would like to go away on her own one day, abdicating just for a moment all her familial shackles and responsibilities.

Chaudhary has also captured the essence and spirit of Rajasthan well, portraying the characters authentically. The music is delightful and fresh, coming as a surprise. Great fusion of classical folk songs and modern music. ]

“Shaadisthan” had the potential. It could have been so much more. It could have been powerful and nuanced — a wake-up call for middle-class conservatism, chauvinism and a slap in the face for patriarchy, misogyny and the general “samajh kya kahega” way of thinking – deep rooted in Indian society. Instead, it just feels like an ingratiating sermon, that you tire of hearing in the first 30 minutes.

“Shaadisthan” is now streaming on Disney Plus Hotstar.