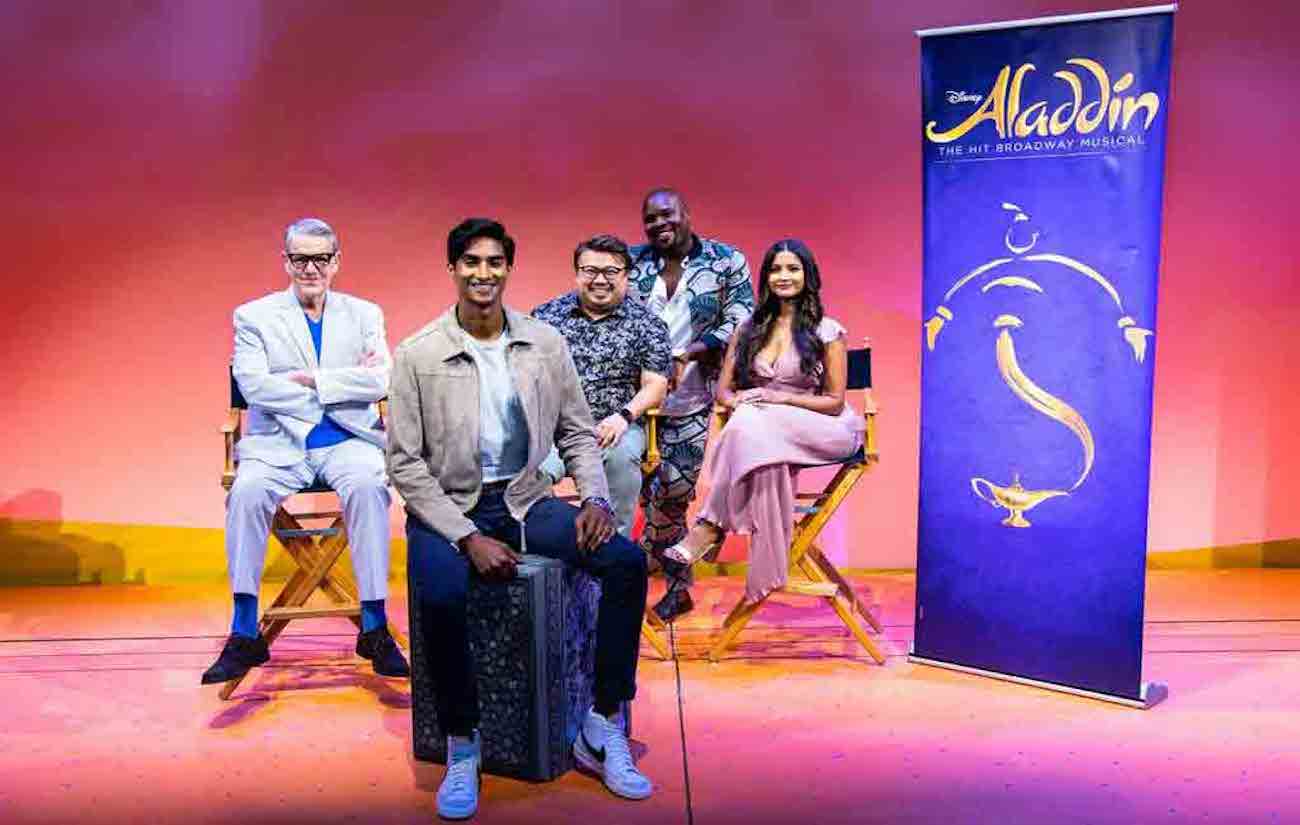 9/11, 1893: When Swami Vivekananda Spoke of a Tolerant Hinduism at the World Parliament of Religions in Chicago

Indian American actor Michael Maliakel makes his Broadway debut in “Aladdin,” when it resumes performances at the New Amsterdam Theatre, Sept. 28. Malikael, who stars in the title role, will be joined by another Indian American actress Shobha Narayan as Jasmine.

Based on the hit Disney animated film of the same name, the musical is directed and choreographed by Casey Nicholaw with music supervision by Michael Kosarin.

Maliakel was seen on the 25th anniversary national tour of “The Phantom of the Opera.”

Sharing a photo of the production’s press day on Instagram Maliakel wrote: “First time on this stage got me in my feeeeeelings.”

In an earlier post, announcing the project, he wrote: “Saddle up y’all, we’re going to Agrabah.”

A baritone, Malikael is quickly gaining recognition for his refined singing in repertoire spanning opera, art song, and musical theater. He was praised by the Baltimore Sun for his “smooth singing” as De Brétigny in Massenet’s “Manon” with the Peabody Opera Theatre.

Other opera credits include Monsieur Presto in Poulenc’s “Les mamelles de Tirésias,” the Shoe Salesman in Argento’s “Postcard from Morocco,” Raimondo in Donizetti’s “Lucia di Lammermoor,” and the baritone in Philip Glass’ “Hydrogen Jukebox.” He has several concert performances as well. Malikael recently took first place in the National Music Theater Competition and was a finalist in the Philadelphia Orchestra Albert M. Greenfield Competition.

A native of New Jersey, Malikael received his earliest vocal training as a treble in the American Boychoir before pursuing a BM from the Peabody Conservatory of Johns Hopkins University. In addition to his solo pursuits, Michael enjoys teaching voice privately and performing regularly with some of New York City’s finest vocal ensembles.

In 2019 December, Narayan became the first South Asian American to have a principal role in “Wicked.” In an interview with India Abroad before her Dec. 16 performance, Narayan, who plays Nessarose, said she was excited about her role. “It is not something I take lightly,” she said, adding that the role is a privilege and a responsibility.

As a little girl growing up, Narayan said she didn’t see anyone that looked like her on Broadway and decided that against all odds that she would try to create that space and break barriers for not only herself but for others like her to follow. “It has been amazing to meet and hear so many South Asian Americans express how much it means to see themselves represented on stage,” she said. “I’m proud that even for a small few, I’m able to be that person I wish I had growing up,” she said, and added: “I’m reminded of the power and privilege I have as an artist have to promote positivity and social change, and how much representation matters.”

Meet the Parents: Ajay Sahgal’s Comedy ‘The Son in Law’ Picked up by ABC as Pilot

Narayan’s previous Broadway credits include “Natasha in Natasha,” “Pierre & the Great Comet of 1812,” as well as Eliza in the North American tour of “Hamilton.”

On her Instagram Narayan says: “As artists, we all have that story, that moment, that character that inspired us to go down this wild, creative path. … Disney played a huge role in that inspiration for me. The princesses were role models of strength, courage and intellect.”

In another post on the first day of rehearsal, she wrote: “I am trying to find the right words to capture what this moment feels like, but sometimes words just can’t do justice to emotions. I’ll just say this. I am so unbelievably grateful I get to do what I love most. I am grateful I get to be in the room where it happens, with the most brilliantly talented community of individuals, creating art that makes people feel deeply and think critically. Lastly, I am grateful to every single person who put in the research and work for us to be here again, safely. Jasmine, I’m all yours girl.”

First produced as an animated film, “Aladdin” was released by Disney in 1992 and was a critical and box office smash, becoming the highest-grossing film of the year. The stage production, a hit musical based on that Academy Award-winning animated film, opened on Broadway to critical acclaim at the New Amsterdam Theatre on March 20, 2014. “Aladdin” is adapted from the animated Disney film and centuries-old folktales including “One Thousand and One Nights.”