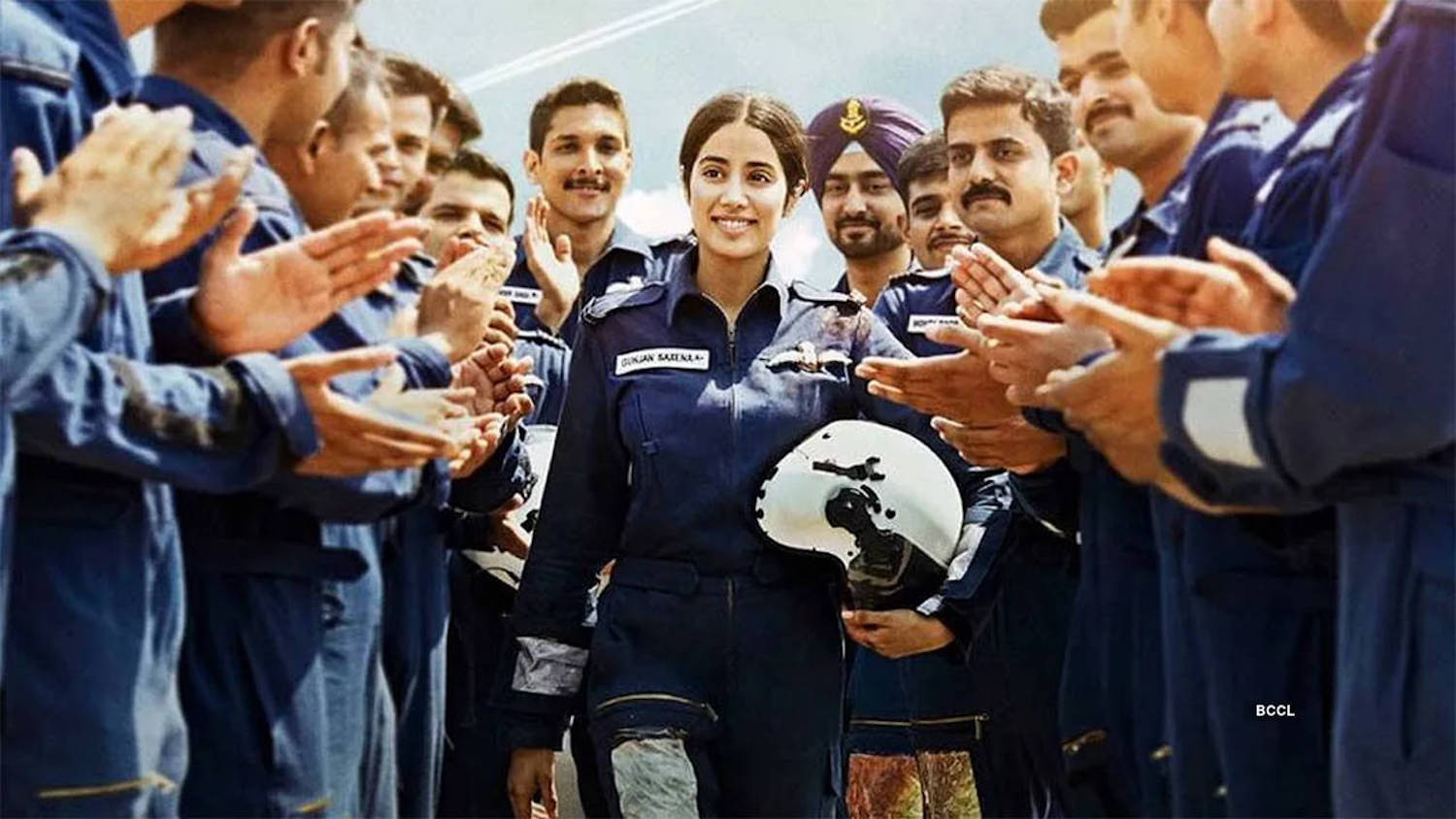 View From the Front Desk: How Indian American Hoteliers are Coping During the Pandemic

Janhvi Kapoor-starrer “Gunjan Saxena: The Kargil Girl,” is a different kind of war film. Set against the background of the Kargil conflict, the film, instead of dwelling on the usual doses of patriotism shown in prior films of the genre, chooses to highlight the struggles of a female Air Force officer in a male dominated space.

Directed by Sharan Sharma, the biopic of the first woman Indian Air Force officer to serve in combat, was released directly to Netflix on Aug. 12.

How Gunjan is faced with sexism, both at home and later at work, the steps she takes to excel in an all-male field, despite being told time and again that she doesn’t belong there, forms the crux of the film.

She eventually finds a mentor in Commanding officer Gautam Sinha (Manav Vij), who recognizes her talent and trains her and then sends her to Kargil, but the real wind beneath Gunjan’s wings is her father Anup, a retired Indian Army officer (played brilliantly by the versatile Pankaj Tripathi).

Gunjan’s story is every woman’s story. Be it in the Armed Forces or in a corporate setting, or in any other profession, it is a given that a woman has to go the extra mile to prove her capability.

Ever since she was a young girl, Gunjan has aspired to fly, which leads her to the Indian Air Force. The timing was right, as the Air Force was looking to train and recruit its first batch of women officers.

Gunjan soon realizes that clearing the physical and written tests and interviews and undergoing rigorous training and getting recruited into the Indian Air Force as an officer were not the real obstacles.

As soon as she gets her first posting, Gunjan faces hostility from her male colleagues. Her flying sorties are abruptly cancelled, her briefings are given to a male colleague and everyone is just weary of her. On the first day at work, she’s told that there are no women restrooms in the unit, because the place is not meant for women. She feels isolated, but is determined and uses innovative ideas to prove herself.

Gujnan has had to deal with somewhat similar prejudices at home, too. Her brother Anshuman (Angad Bedi), himself an Army officer, and her mother Kirti (Ayesha Raza Mishra), are against the idea of her becoming a pilot, even a commercial one, let alone joining the Indian Air Force.

It is Gunjan’s dad who encourages her to break free of the shackles of society and soar free in the sky. And this where the film’s strength lies. The father-daughter exchanges lend it a genuine feel. The tight screenplay by Sharma and Nikhil Mehrotra is an asset, with crisp scenes and almost no unnecessary drama. The scenes between Kapoor and Tripathi are well executed and their brilliant performances is what makes the film work.

Kapoor excels in the scenes as an officer, especially when she turns the tables on her male colleagues, when she tells them to grow up and learn to respect a woman, and later when she is on a rescue mission during the Kargil War.

Kapoor delivers a balanced and powerful performance after her debut in Shashank Khaitan’s “Dhadak” with Ishan Khatter. It is just the kind of performance that Boney Kapoor and Sridevi’s elder daughter needs with the nepotism debate that’s currently engulfing B-Town. How much that will help her, is something time will tell.

The ‘Mili’ Deep Freeze: If Only Janhvi Kapoor Had Switched On Her iPhone Tracking