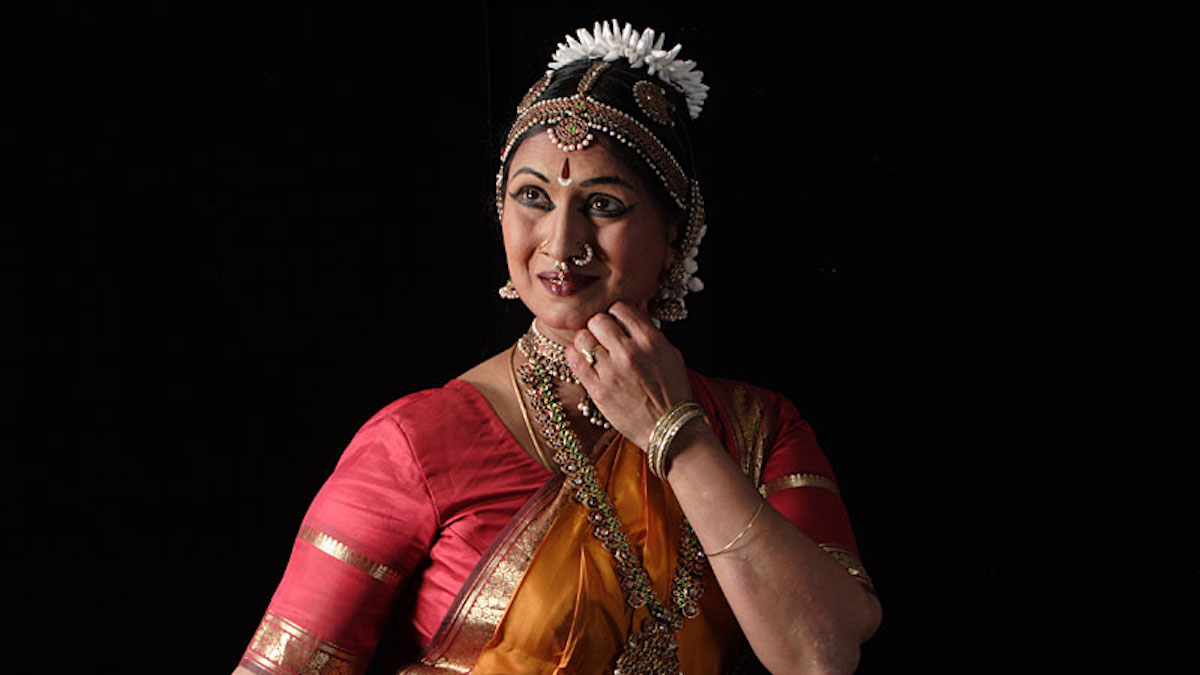 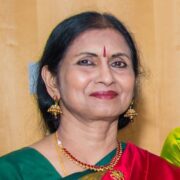 Bharatanatyam teachers from across North America held workshops and presented performances, reflecting their own parampara or lineage, at the Parampara Festival earlier this month. Held on Aug. 8, 9, 15 and 16, the festival was produced by Hema Rajagopalan and her daughter Krithika Rajagopalan, co-artistic directors of Natya Dance Theatre in Chicago, with support from the National Endowment for the Arts.

Teachers who participated in the virtual festival and showcased their students, included, Katherine Kunhiraman of Berkeley, California; Rathna Papa from Houston, Texas; Ramya Harishankar from Orange County, California, your’s truly Mythili Kumar of San Jose, California; and Lata Pada of Toronto, Canada. The events were introduced and concluded with welcoming remarks made by Krithika Rajagopalan who ably headed the marketing and technical aspects of the festival.

In Sanskrit, parampara denotes the transmission of knowledge or cultural ideas and mores from one generation to the next. When the teachings of a guru in the arts or religion are communicated directly to the sishya or disciple, this is termed guru-sishya parampara.

In Bharatanatyam, the guru-sishya parampara gave rise to different ‘baanis’ or schools of this classical dance style. At this festival, dancers focused on the lineage of Bharatanatyam instruction like Mumbai’s Raja Rajeswari Kala Mandir following the Thiruvidaimaradur baani from  Thanjavur; dancers representing the Vazhuvoor baani, the Kalakshetra baani, the Pandanallur baani, and the Dandayudhapani Pillai baani.

As the gurus moved from their villages to various cities of India establishing centers of Bharatanatyam in the 1950s, they followed their baanis but often developed a different repertoire relevant to the specific audiences of their cities. Dancers who had learned Bharatanatyam in India came and settled in the U.S. and Canada from the 1970s onwards, and established institutions teaching dance primarily to Indian American children.  The teaching usually followed the particular baani of Bharatanatyam they had learned and performed. The Indian diaspora supported Bharatanatyam among its diverse communities representing the various states of India and helped establish it as a major dance style recognizable to many mainstream dance connoisseurs and featured in prominent international dance festivals.

Below are some of the highlights of the festival:

Rathna Kumar, Artistic Director of the Anjali Dance Company based in Houston, Texas, held a workshop on Aug. 8 on ‘Evolving Teaching Methodology.’ She spoke about her arrival in Houston after marriage, and her initial reluctance to abandon her academic career majoring in English. She said she realized that she felt incredible joy only when immersed in dance and music, and this led to her career in performing Bharatanatyam and Kuchipudi and to establishing her school and company. She described her teaching methodology and repertoire which was built up slowly attuned closely to the needs of the Indian American children hailing from different parts of India and speaking different languages. The Vazhuvoor baani that she had learnt from her guru Smt. K. J. Sarasa in India was strictly followed and inspired her in all her creative endeavors.

The second workshop was presented by Katherine Kunhiraman, Artistic Director of the Kalanjali Dance Company in Berkeley, California. Kunhiraman’s workshop on the adavus of Kalakshetra demonstrated the perfect geometrical arrangement of the body movements in the fundamental steps of Bharatanatyam that got established over time in Kalakshetra due to the visionary zeal of its founder Rukmini Devi Arundale, and the master teachers in the institution. Kunhiraman’s students who assisted her in the workshop danced the adavus excellently and wowed the audience with their precision.

On Aug. 9, Ramya Harishankar, Artistic Director of the Arpana Dance Company based in Orange County, California, in a workshop revealed her long and intensive training from the ‘Queen of Abhinaya’ late Guru Kalanidhi Narayanan. Harishankar showed several examples of varied padams and javalis to illustrate the varied nuances and shades of the nine basic emotions that underlie the poetry of the lyrics. She emphasized the fact that abhinaya does not come from dancing in front of a mirror, instead it emanates from your inner consciousness and deep identification with the hero or heroine described in the lyric. It was a delight to watch a closeup of her face and eyes in the virtual broadcast as she skilfully portrayed various nayikas and their emotions.

‘Motivating the Next Generation’

The second workshop was presented by Lata Pada, Artistic Director of Sampradaya Dance Traditions in Toronto, Canada on ‘Motivating the Next Generation’. Pada’s inspiration came from her gurus, particularly Guru Kalyanasundaram of Sri Raja Rajeswari Kala Mandir in Mumbai. Pada described the history of her institution which has two divisions, the Sampradaya Dance Academy providing an eight year Professional Training Program affiliated with the ISTD (Imperial Society of Teaching in Dance) of London, England, and Sampradaya Dance Creations, the professional dance company. She stated that after several years of persistent dialogue, their training program finally secured accreditation by York University towards a BA degree in dance. Pada said she aims at providing a clear pathway to a full-time career in dance as a professional dancer, teacher or choreographer. A spirited discussion with the audience touched upon the inadequate funding in the U.S. for the arts unlike in Canada.

‘Choreographing and Performing for Diverse Audiences’

Aug. 15, the third day of the festival, began with a scholarly description of the concepts in Bharatanatyam by Hema Rajagopalan, Artistic Director of Natya Dance Theatre that hosted the festival. Rajagopalan gave a description of the evolution of dance from the Vedas through the Natya Veda and the Natya Sastra to the current scene. She described how the narratives used in dance from the lives of gods and goddesses and Puranas were used in relation to the values and morals that are relevant today and this was how they connected it to the sensibilities of the diverse audiences they perform for. As the Indian diaspora as well as the non-Indian audience are not necessarily educated in the Indian mythology and philosophy behind most presentations, she adopts a simplistic explanation for audiences that emphasizes the poetry, and universal emotions such as romantic love, love of nature, etc. With succinct examples and beautiful photographs, she described how their ultimate goals were to entertain, engage, educate and elevate the audience.

‘Varnam — its Relevance to Current Audiences in the U.S.

I presented the second workshop on ‘Varnam and its relevance to current audiences in the  U.S.’ The talk centered around the Varnam – the longest piece in a Bharatanatyam recital and performed in every baani which is a test of every dancer’s stamina, her memory, her proficiency in nritta and in delineating emotions, and thus her mastery of the form.  I emphasized the fact that despite its importance in a recital, the reality was that a dancer rarely gets to perform a varnam past her arangetram to U.S. audiences. Strategies to make the varnam accessible for audiences such as making it shorter, choosing a familiar language, relevant themes, including interesting stories, and making elaborate explanations with gestures during the varnam, formed a major part of the interactive session.

Excellent presentations by each teacher and their students marked the evening performances.

The final day of the festival, Aug. 16, included two and a half hour stimulating panel discussion with all the senior dancers of various issues surrounding the transfer of this dance to the next generation in the U.S. and Canada. Every dancer’s baani built upon the original guru’s baani and had evolved by assimilating influences from among their communities, with their creativity ensuring the authenticity of each one’s parampara.