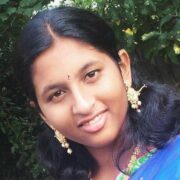 Did Trump Rap Modi by Featuring Tennessee Pastor Detained in India at the Republican Convention?

Religion is quite funny as a concept. Someone, long ago, chose to believe in specific deities, such as Allah, Jesus Christ, Buddha, or Vishnu. And now, religion is so important to humanity that it shapes our way of thinking, creates new countries, starts wars, and brings eras of peace. I believe that religion is powerful, but I also believe strongly in the following quote by Bhagat Singh – “But belief, I should say blind belief is disastrous. It deprives a man of his understanding power and makes him reactionary.”

Hinduism is separate from Hindutva. While Hinduism is a religion practiced by billions and is rich with history and tradition, Hindutva ideology is becoming an uncontrollable, blind, and utterly reactionary sect plaguing India. Increasingly, we need to stand up to this blind belief – to test it against reason and challenge the oppressive beliefs that are being pushed upon us.

Hindutva ideology, perpetuated by the Bharatiya Janata Party and the Rashtriya Swayamsevak Sangh, is the belief that India should be a Hindu-only state that seeks to define Indian culture as a manifestation of Hindu values. With this mindset, the BJP has justified the loss of justice and freedom in India. Protestors and human rights lawyers are being arrested under anti-terrorism laws, but these arrests have been conducted without proper decorum – denying bail unfairly, denying parole, and warrantless arrests.

Under the Unlawful Activities Prevention Act, terrorism is defined as imprecisely and vaguely, enabling the state even to imprison those who are engaged in peaceful protests. There are countless political prisoners in jail right now, with no sign of their release anytime soon. It is a gross injustice and violation of civil rights, and we must push against such injustices.

Hindu nationalism has become increasingly violent, with militant groups attacking Muslim and caste minorities. The Bajrang Dal, one such group, has become legitimized and has grown exponentially since Narendra Modi’s election as Prime Minister.

According to Factchecker, there have been one 186 attacks against Muslims in the name of protecting cows from 2012 to 2019. Communal violence has risen 28 percent since 2014, and these incidents are almost constant in modern-day India. The Indian government has encouraged such militant groups, and yet, there has been no response from the U.S. government criticizing this in any way. Hindutva has been running rampant and has gone unchecked by the global community.

By calling such actors Hindu, and stating that criticism is Hinduphobic, we are connecting these violent actions with Hinduism more and more. Instead, we need to take responsibility for these actions and condemn such thinking – Hindutva is not an acceptable expression of Hinduism, and we must distinguish these two, and step up to the plate to make sure that Hinduism is not tarnished further.

My encounter with Hindutva started with Bhagat Singh, and I believe that his quotes on the harm of blind belief are more important now than ever. Hindutva and Hindu nationalism have resulted in the oppression of minorities and the loss of civil rights in India. Now more than ever, it is essential to take action, to become the voice of reason against the blind belief that is going out of hand.

Remember that we have a voice, even as American citizens. As elections fast approach, please join me in organizing against these injustices by joining organizations like Students Against Hindutva Ideology or asking our candidates about their plans to stand up to the injustices of the BJP and RSS.

Harshini Gorijala is currently a senior at the University of Illinois Urbana-Champaign from California. She is studying social psychology and informatics and is applying to law school this coming year.