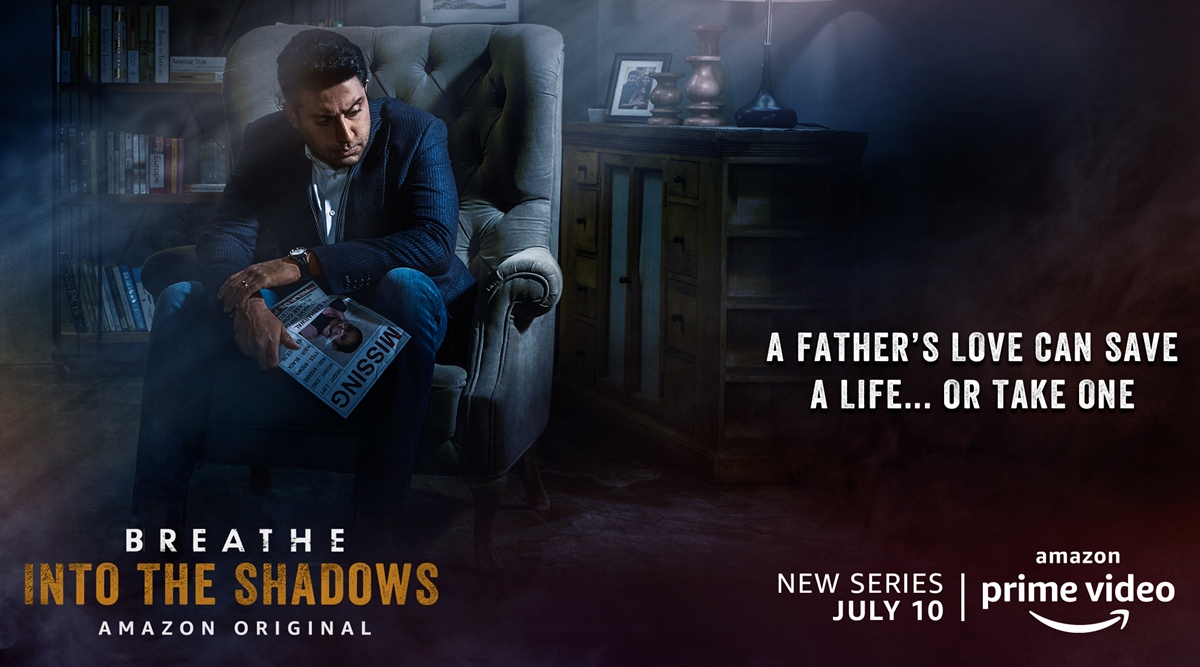 Back to School? Sure, But Only After I Find Convincing Answers to My Questions as a Mother

The new feature film “Breathe: Into the Shadows,” Amazon Prime’s psychological crime thriller, which also marks the digital debut of Abhishek Bachchan and Nithya Menen, strives to answer one question — “How far will you go to save your child?”

“Breathe” is the story of Dr. Avinash and Abha Sabharwal’s (Abhishek Bachchan and Nithya Menen) quest to find their 6-year-old daughter who was kidnapped from a birthday party, in broad daylight, from right under the noses of at least a hundred people. There is no news of her for the next nine months, until one fine day they receive an anonymous (of course) parcel with a video montage of their daughter, alive, setting them out on a murderous crusade in order to get her back. And so, the wheels of this thriller, with screenplay by Mayank Sharma, Bhavani Iyer and Vikram Tuli, are set in motion.

Being his first foray into Over the Top (OTT) content and given his star power, “Breathe” is all about Abhishek Bachchan from the start. He is the hero and all other characters seem miscellaneous. He is impressive in his characteristic way as a psychiatrist, husband and father.

Nithya Menen, of “Mission Mangal” fame, who plays a professional chef dishing out gourmet dishes even at home, plays the mother who could have been a little more expressive, a bit more tormented at the first news of her daughter gone missing. But, she does not. Very rarely do the Sabharwals betray any grief about what they’re going through as parents. As a viewer, that is a bit disconcerting.

Kabir Sawant, the stoic, intense and eagle-eyed police inspector, played with restraint by Amit Sadh is impactful, as the impassioned crime solver, but his humane side begs to be highlighted too. It gets a fair share through his parallel storyline with Meghna (Plabita Borthakur), a girl whose life he saved during an encounter, making her an invalid in the process — a guilt he carries with him. Meghna, who is the reinvented female avatar of Rajesh Khanna’s unforgettable “Anand” is vexing to say the least.

Kabir’s junior cops Prakash Kamble and Jai Prakash played enthrallingly by Hrishikesh Joshi and Srikant Verma provide the comic relief compensating for an otherwise dark setting. In fact, their verbal brawls over Delhi and Mumbai local jargons is hilarious and the only part of the series that actually seems thought out.

What takes away from the plot is the preposterous story line, loosely executed by Director Mayank Sharma. The story hinges on the evil of childhood trauma, correlated quite absurdly with the ten heads of Ravan exemplifying the ten evils — rage, lust, fear, attraction etc., making this a justifiable vehicle for the murders orchestrated by Bachchan. There is more to the story, but for the sake of avoiding a spoiler, I will leave it at that.

The thematic connections with the mythological Ravan are too farfetched and become repetitive after a point. The same dialogues replayed again and again are so melodramatic and become predictable after a couple of episodes. One may even feel tempted to pick up the remote and hit forward.  Too much time is spent talking about Bachchan’s past (that could have easily been condensed) and too little showing the angst of the parent whose child has been missing for 10 months. The direction has definitely let Bachchan down in his television debut.

There are thrilling moments in the series no doubt and the first couple of episodes, out of a total of 12, are captivating. There is a  scene where Bachchan’s character, filled with self-reproach on how mechanical killing has become for him asks his wife what she would see him as even if their daughter, Siya, came back, to which Abha responds, with a comforting look “as a man who did everything to save his family.”

It is the introduction of the ‘twist in the tale’ that brings the fortunes of the tale down. The acting is good, dialogues are sharp witted. But, the nemesis of the series is the editing that should have slashed all the harangues and tirades like “tumhe marna hoga” and “tumhe karna hoga” that the viewer is subjected to time and again.

Unlike most web series these days that are replete with lewd content and language, “Breathe,” is clean. Despite the ludicrousness, it is a one-time watch.

Back to the Future Pandemic: Amazon’s ‘Unpaused’ is a Collage of Steeped-in-Reality Slice-of-life Tales

Anurag Basu’s “Ludo” on Netflix is a Breezy Madcap Fare, But a Tad Too Long