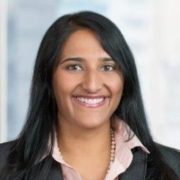 Eight years ago, President Barack Obama’s Administration created a program for a subset of immigrants known as the Deferred Action for Childhood Arrivals, or DACA.  DACA allows undocumented young adults who arrived in America as children to apply for protection from deportation, and grants young people the right to work and study legally in the United States. There are approximately 700,000 DACA recipients in the United States. One advocacy organization, South Asian Americans Leading Together (SAALT), has estimated that over 4,000 DACA recipients are of South Asian descent.

Although DACA does not include a path to citizenship, the program provides recipients— known collectively as “Dreamers” — a semblance of stability in America, the only country these individuals have ever known. It is estimated that over 200,000 DACA recipients are essential workers, including over 40,000 healthcare professionals, and are serving our communities on the frontlines of the COVID-19 pandemic.

But despite widespread public support for DACA — one January 2018 poll indicated that 87% of respondents supported allowing DACA recipients to remain in the United States— the Trump Administration terminated the program in 2017. In response, a broad coalition of groups, including states, cities, universities, civil rights groups, corporations, and DACA recipients, filed three separate legal challenges to the program’s termination.  Last week, by a vote of 5-4, the Supreme Court ruled that the Trump Administration’s termination of DACA was legally improper.

In his opinion for the Court, Chief Justice John Roberts pointedly critiqued the government’s “cutting corners” in its hasty attempt to terminate DACA as particularly inappropriate “when so much is at stake.” The Court cited evidence that DACA recipients had “enrolled in degree programs, embarked on careers, started businesses, purchased homes, and even married and had children, all in reliance” on the DACA program. Yet in rescinding the program, the then-acting Homeland Security chief failed to consider such interests.

Critically, however, the Court avoided deciding whether DACA or its rescission were sound policies but, instead, focused on the legal rationale —or lack thereof — given by the Trump Administration for rescinding the program.  Justice Sotomayor, writing separately, pointed out that the challenging parties had properly raised constitutional challenges under the Equal Protection Clause based in part on Donald Trump’s repeated anti-immigrant rhetoric.

The Asian community is the fastest growing population of undocumented immigrants in America, and with over 4,000 DACA recipients, the South Asian community in America has reason to hail the Court’s decision. Until the Trump Administration takes the proper legal steps to terminate the program, people may continue to submit or renew applications for DACA. This means that the Dreamers can, for the time being, breathe a small sigh of relief.

But while all immigrant communities should savor this victory, we must remain clear-eyed about the challenges that lie ahead. The Court sent the issue back to the Department of Homeland Security for it to reconsider and potentially offer a better explanation for rescission of the program. All signs from the Administration, including some of Trump’s latest Tweet storms, indicate that it will again try to pull the plug on DACA. The acting secretary of the Department of Homeland Security Chad Wolf flatly stated “the program’s unlawful.”

Indeed, the dueling public statements in the aftermath of the Court’s decision paint a clear picture of the coming choice for the kind of future we want in this country. Trump used the occasion to liken this, and other recent Supreme Court decisions, to “shotgun blasts into the face of people that are proud to call themselves Republicans or Conservatives.” From Trump’s point of view, a decision granting 700,000 young immigrants a small reprieve is a personal affront to him.

The Baby Formula Shortage: ‘Indian American Parents Understood the Gravity of the Situation Early On’

Trump’s general hostility towards immigrants is well known. Just a few days after the decision, he labeled the coronavirus the “Kung flu” at a campaign rally. His former advisor, Steve Bannon, complained of too many South Asian CEOs, proclaiming them threats to American “civic society.”

Vice President Biden, in stark contrast, celebrates the contributions of immigrant communities in America. On the Supreme Court’s DACA decision, Biden noted the importance of the ruling as “a victory made possible by the courage and resilience of hundreds of thousands of DACA recipients who bravely stood up and refused to be ignored.”  Vice President Biden also promised to make DACA permanent by sending Congress a bill on Day One of his administration.

This November, we must call upon every single member of our South Asian community—and all communities—to protect the Dreamers and others living in the shadows in America.

Neha Dewan is the National Director for South Asians for Biden, a national, grassroots organization that is dedicated to engaging, educating, and mobilizing the South Asian community to help to elect Joe Biden as the next President of the United States. To stay tuned with updates about future events, please like our Facebook page (@SouthAsiansforBiden) and join our mailing list. Follow us on Twitter: @SAforBiden and Instagram: south_asians_for_biden.