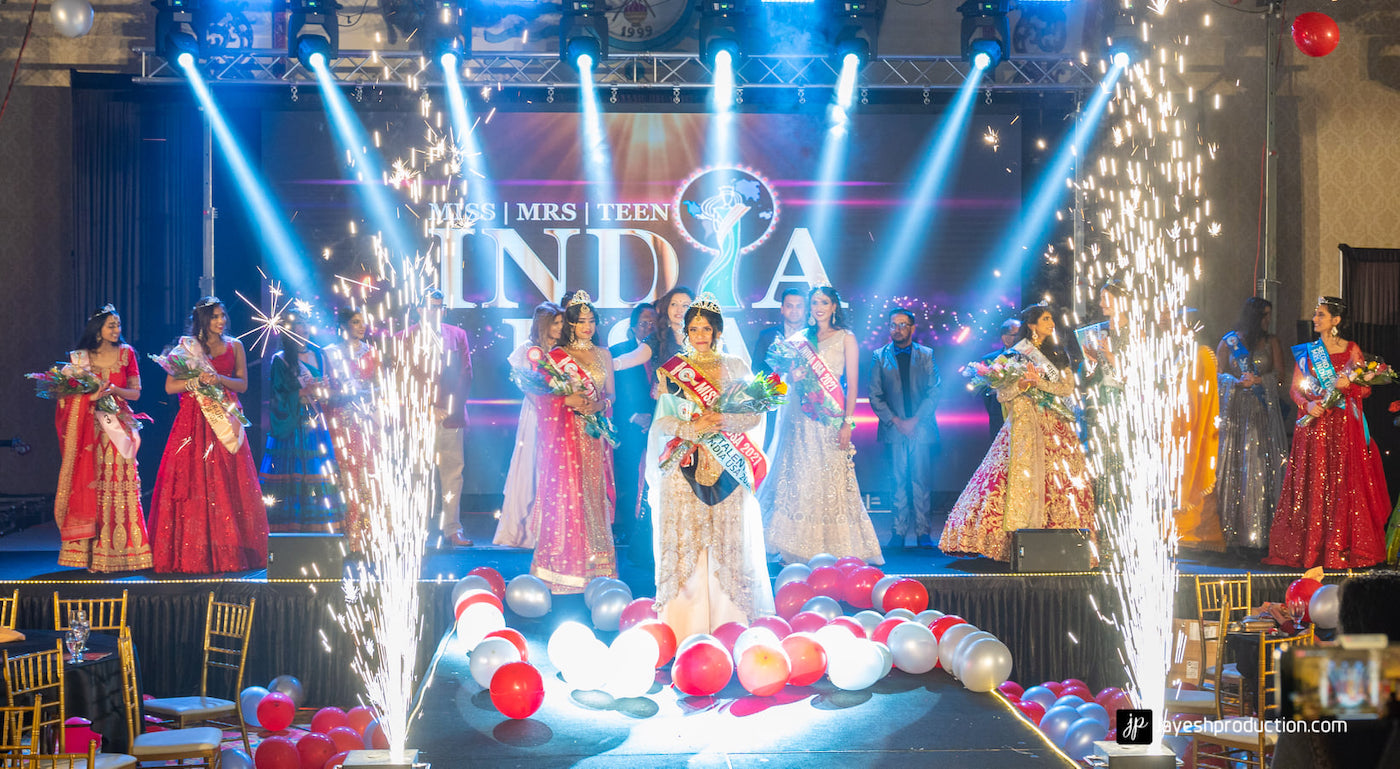 Twenty-five-year-old business development manager Vaidehi Dongre of Michigan was crowned Miss India USA 2021 at a glittering gala at the Royal Albert’s Palace in Fords, New Jersey, on July 16. Arshi Lalani, 20, of Georgia, who suffers from brain tumor, and dazzled every one with her performance and confidence, was declared first runner up while North Carolina’s Mira Kasari became the second runner up.

Dongre took to Instagram to announce her win. “I want to leave a positive lasting impact on my community and focus on women’s financial independence and literacy,” Dongre wrote about winning the coveted title. Dongre, a graduate from the University of Michigan, majoring in International Studies, works as a business development manager with a major corporation.

“The Miss India USA pageants have always provided a platform to empower and encourage women of Indian origin. As a little girl having been born in India and raised in the US, I have always straddled the line between Indian and American culture and values and discovered all the amazing gifts that both have to offer,” she wrote. “I believe that the Miss India USA platform will give me the confidence and resources to further my goals, and leave a positive lasting impact on my community,” she added. Dongre also won the ‘Miss Talented’ award for her flawless performance of Indian classical dance Kathak.

As many as 61 contestants from 30 states participated in three different pageants – Miss India USA, Mrs India USA and Miss Teen India USA — over two days — July 15 and 16. Winners of all three categories will represent the U.S. in worldwide pageants.

“Happy and excited to announce that we brought the Mrs India USA 2021 CROWN again to Connecticut,” wrote Sumathi Narayanan, state director of Miss India Connecticut, in a Facebook post. “Congratulations to Swathy for this big achievement!!! Swathy will be representing Mrs India Worldwide 2021 in September.”

Dua Yakhmi dedicated her win to her father. “This is for my papa,” she wrote on a Facebook post. “It was not easy for me to prep during these challenging times but his heavenly love encouraged me and I can’t believe I got the best talent,” she wrote.

“Honored to have represented DMV(DC, Maryland, Virginia) at the National level for the Mrs India USA pageant and extremely proud to have won the MRS INDIA USA 2nd RUNNER UP,” said a Facebook post from Shambulingappa. “It definitely was a difficult one, with such talented and passionate ladies.”

Diana Hayden, Miss World 1997, was the chief guest and chief judge for the pageant and was joined by Yash Pandya from New Jersey, Reshma Dordi from Los Angeles, Shree Saini from Washington, Hanisha Alwani from Sint Maarten, Satya Shaw from Tampa and Hashim Alli from Guyana.