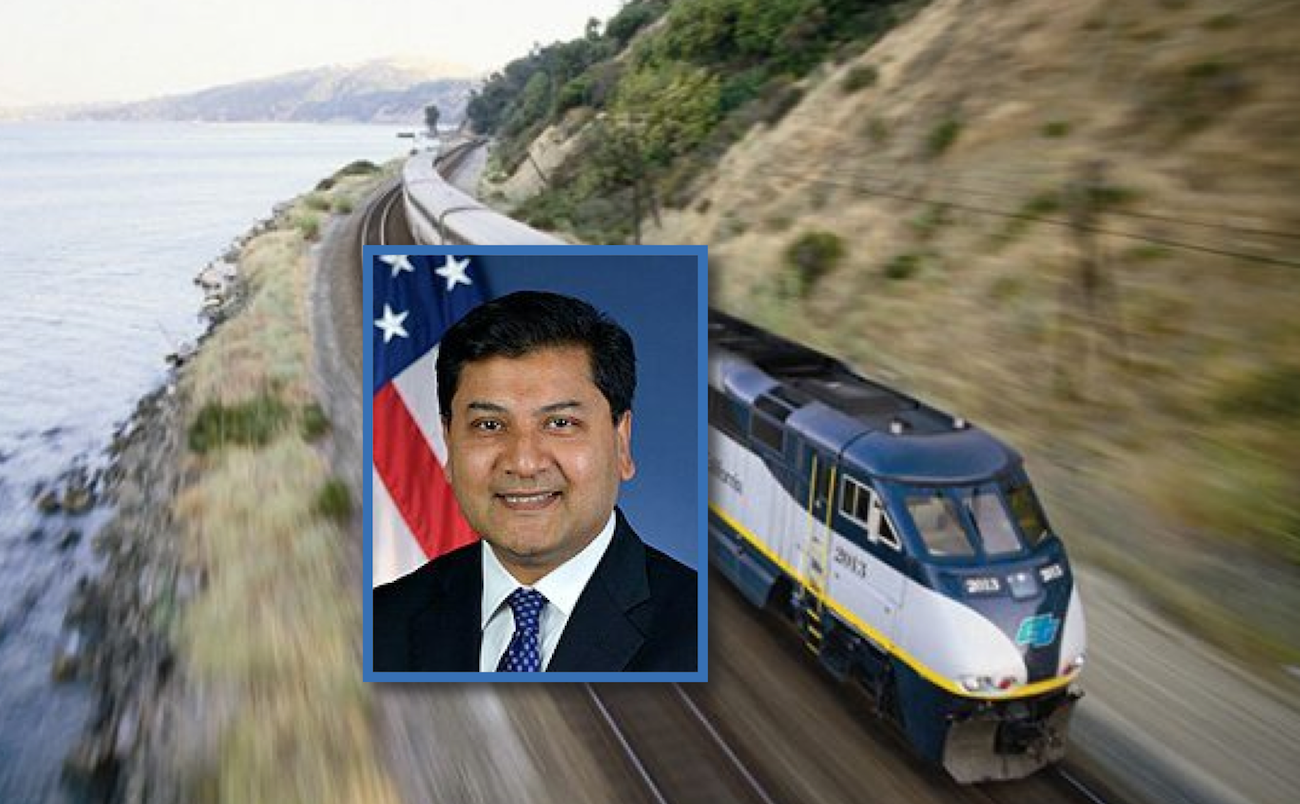 A Pandemic Transit: Through Cancelled Flights, Screaming Children and Northern Lights, My Unimagined Journey to America

Amitabha ‘Amit’ Bose is set to become the 15th administrator of the Federal Railroad Administration and the first of South Asian descent, after the Senate voted 61-29, to confirm him on Jan. 12.

Bose has spent nearly two decades in public service working to build a better, safer, and more sustainable transportation system. Currently the deputy administrator of the FRA, the Indian American was nominated by President Joe Biden on April 22.

In his new role, Bose will “lead FRA’s safety regulatory oversight of more than 800 freight and passenger railroads, national rail policy, planning and environmental activities, as well as the agency’s financial assistance grant programs,” according to Mass Transit, a website that publishes articles, news, products, blogs and videos about transportation in the U.S. He will also “oversee FRA programs to improve and modernize the nation’s freight and passenger rail network by administering the $66 billion investment in rail projects under the Bipartisan Infrastructure Law,” the report added.

Transportation Secretary Pete Buttigieg congratulated Bose on Twitter: “Delighted that Amit Bose has been confirmed by the Senate as @USDOTFRA Administrator. He brings a wealth of experience and skill to this service as America’s top rail official, at a historic and important time for both passenger and freight rail in our country.

“Amit Bose’s knowledge, leadership, and years of experience in the industry will continue to be a tremendous asset to FRA in this role,” said Railway Supply Institute (RSI) President Patty Long. “RSI and our members congratulate Administrator Bose on his confirmation and look forward to continuing to work with him to increase rail infrastructure investment, promote safety, and create jobs in the railway supply industry.”

Similarly, American Association of Railroads (AAR) President and CEO Ian Jefferies, in a statement, wrote that his organization is “committed to working with Administrator Bose to ensure FRA policies are grounded in sound data and drive continuous enhancements of those shared safety goals.” He noted that as Bose “assumes his new role, AAR stands ready to work to advance safety, sustainability and supply chain fluidity.”

A joint statement issued by Greg Regan and Shari Semelsberger, President and Secretary-Treasurer of the Transportation Trades Department, AFL-CIO (TTD), also welcomes Bose’s “stewardship of the FRA at this pivotal moment in the history of the domestic rail industry and rail labor.”

Moving Ahead for Progress in the 21st Century or MAP-21 Act, to govern U.S. federal surface transportation spending. While working at the FRA, he also guided the agency through the implementation of Positive Train Control, implementation and oversight of the $10 billion intercity passenger rail program, and alcohol and drug testing.

Throughout the Obama-Biden administration, Bose held positions in the Transportation Secretary’s office as Associate General Counsel and Deputy Assistant Secretary for Governmental Affairs.

After arriving in the United States at age 5, Bose grew up in DeKalb County, Georgia. He has an AB from Columbia College, an MA from Columbia University’s School of International and Public Affairs, and a JD from the University of Georgia. He lives with his family in Arlington, Virginia.