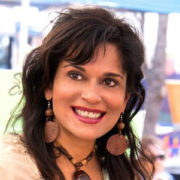 The Art of Coping With Covid-19 At Home and Hearth

Patti Tripathi is a media professional, who was an anchor/reporter/producer for the CNN News Group, an executive with a North American news network startup, and a social entrepreneur. Patti Tripathi also has experience in corporate communications, pubic relations and news gathering. She founded TriPath Media in Washington, D.C. in 2006. She was sent by the UN to Tunisia in 2014 to train women political hopefuls. In 2012, she founded “Saris to Suits,” a charity for female empowerment, education and cultural competency.  The tax exempt non profit helps survivors of gender violence and provides role models for girls who are of South Asian origin.