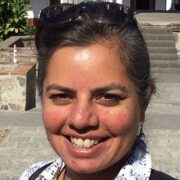 To say that last night in Cleveland, Ohio was a chaotic debacle would be an understatement. What America was expecting and what we actually got was (yet again) consonant with the shocking, surreal nature of 2020. With great difficulty, veteran Fox News anchor Chris Wallace kept his cool during this first Presidential Debate, but it was clear that he could not keep the irascible, irrepressible Trump in check even as he tried to shield himself and Joe Biden from being continuously bullied and badgered. He failed miserably as an umpire, perhaps underestimating DJT’s severe form of narcissistic personality disorder and its fallout for the world to see.

Was there anything of substance – any glimmers of intelligent policy discussion whose light may have made its mark on our electorate? I am not entirely sure as at least 70% was a haze to me, dominated by DJT’s ever more sanguine, but ultimately hollow presence. To Joe Biden’s credit, his composure and his laying out of specific policy positions (ACA and healthcare, Coronavirus and the economy, racial violence and systemic injustice in contemporary America, the Supreme Court, concerns around voting in the elections) brought a modicum of normalcy to the debate.

As a first generation Desi American (or perhaps ‘half-gen’ is the term, as I was just under 6 years of age when my parents immigrated here from India), I’ve always been sensitive to the whiff of various forms of racialization and ethnic discrimination that permeates American society – but when the current occupant of the White House actually made reference to the “Proud Boys,” it was far more than a mere dog whistle for me. It was an implicit call to arms to white nationalists and neo-Nazis in this country, a country where I always felt — with a certain degree of pride – that, unlike in Europe, we subscribe to an inclusive civic nationalism rather than an exclusionary ethnic nationalism. Will we ever regain that mantle – as a land which is open to diverse people from all backgrounds who come to America with much cultural capital and contribute to the making of its greatness? This election cycle will give us at least a partial answer to this vexing question.

Ultimately, DJT came across as an angry, unhinged autocrat, and this latest avatar holds little appeal for middle America – part of which is now an increasingly diverse American electorate from a multiplicity of ethnicities – a notable fact that political pundits often fail to recognize. No, this will not play well with us when we are concerned about the on-going Covid pandemic and economic woes which require sage, steady leadership at this critical juncture.

If there ever was a moment to evoke the story of the naked emperor from Hans Christian Anderson’s fairy tale, it’s this one. DJT’s humiliating behavior and destructive venom is the potent symbol of an American empire fast in decline. A return to democratic decorum sans the lunacy — with Joe Biden and Kamala Harris at the helm — is what the American electorate now desperately craves.

Dr. Nidhi Trehan a political sociologist and long-term Texan, holds a PhD from the London School of Economics and Political Science (LSE). She is currently an affiliated Senior Research Fellow of the Central European University in Budapest/Vienna, and Fellow, Institute of Social Sciences in New Delhi. She was a Visiting Scholar at the LBJ School of Public Affairs, The University of Texas at Austin from 2018-2020. Active in the areas of human rights, social policy, and education as a practitioner and academic, she publishes widely on the subjects of human rights and NGOs/social movements, with a focus on the Romani communities of Europe. She is co-editor of the forthcoming Policy Press short Romani Communities and Transformative Change: A New Social Europe (November 2020). Her publications can be found at www.academia.edu