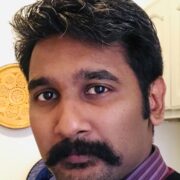 The United States and India recently concluded the fourth annual 2+2 dialogue discussing security and defense issues in the Indo-Pacific and beyond. This comes at the backdrop of the two nations celebrating 75 years of diplomatic relations.

While the relationship between the two states has grown over the past two decades, all is not well with the Indian diaspora in the U.S.

Recently, Amy Wax, Robert Mundheim Professor of Law at the University of Pennsylvania Law School, speaking to Tucker Carlson, referred to Indians as “brown faces” and went on to deride entire minority groups of color and the Global South as feeling anger, envy and shame toward the Western world.

However, her comments and comments by Donald Trump’s chief strategist Steve Bannon that there are too many Asian CEOs in Silicon Valley indicate jealousy, envy, and even a form of angst on their part more so than on the other end. It is demonstrative of the fragility of certain people, their inability to digest the fact that echelons of power are no longer occupied solely by people who look like them.

Moreover, it is unfortunate that bigoted views that were common in the early 1900s remain popular among professors and talk show hosts. While this type of commentary is not new for this particular professor, nor the host of the show, it is certainly interesting to note that their five-minute rant did not get the media attention as it has in the past. This is certainly a larger issue.

First, Indian immigration to America is a relatively new phenomenon. Martin Luther King Jr.’s efforts paved the way for the Immigration Act of 1965, which allowed more people from Asia to migrate to the United States.

Second, since a large share of the community is first-generation, they have been hesitant (more so, petrified) to publicly voice their views on the topic since a show such as Carlson’s has a viewership that could be anyone in their new life in America — their landlord, their boss or their coworker. It is difficult to ascertain who puts on a white hood and robe when they are in private and in the company of other like-minded individuals.

Third, Indian kids are taught by their parents to keep their heads down and avoid any protest. It is common in many Asian and Indian households for parents to raise their kids against rebellion and resisting authority.

While this has certainly helped them gain the label “model minority,” it has also cost them solidarity with other minorities, their careers, their high school experiences, and affected their overall quality of life in America. Interestingly, all of the above are changing with the next generation and that is contributing to the increase in these prejudiced monologues.

Nevertheless, when second and third-generation immigrants speak out against racist structures in America, not necessarily ones that solely target them, but affect the lives of African Americans, Latinos, Native Americans, and other Asian Americans, they are, as feared, targeted by people in power such as Wax. Her frustration was around the “brown and Asian faces” speaking out on race in America.

Every time the Black Lives Matter movement brings up police brutality or systemic racism in America, the immediate response from its critiques is a case of whataboutism and deflection — “what about Black on Black crime?” and not reflection — “what is wrong with the system in America?”

In Wax and Carlson’s interview, bringing up India’s caste system was another case of deflection and an attempt to silence the community from speaking against racism in the country. Deflection has been the modus operandi for those wanting to avoid the conversation. But can a country and society move forward by avoiding hard conversations? The need of the hour is reflection, not deflection.

Just as if America were to court India as a friend it would have to leave the Kissinger doctrine of the Cold War by the wayside, similarly, if American society is to have social cohesion it might have to drop its appreciation for shows such as Carlson’s.

The arc of justice is slowly moving, With Kamala Harris, Deb Haaland, Katherine Tai and Ketanji Brown Jackson in various halls of power, America is beginning to represent its demographic diversity. As this advances, it is likely to irritate and frustrate many people who aspired to or held the same office the four women and many other people of color are holding now.

American society needs to nip racial angst in the bud. Only then can, not just the Indian American community, but all other minority groups live in peace.

Akhil Ramesh is a fellow with the Pacific Forum. He has worked with governments, risk consulting firms, and think tanks in the United States and India. Follow him on Twitter: Akhil_oldsoul. This article was first published as “The ‘jealous minority’ is the latest myth stoking American racism,” in ‘The Hill’. It is republished here with permission from the author.