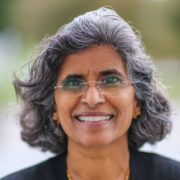 Like a trophy hunter, Derek Chauvin struck a familiar manly pose with hand in his pocket as he released the life out of George Floyd. On her jaunt with Henry her dog in Central Park, Amy Cooper engaged similarly, when she threatened and reported “an African American” man to the police. Chauvin and Cooper share the same social grammar about the black body in the traditional discourse on race in America. They acted and spoke with the confidence that they would be understood and protected by the communities around them.

It is like life in a volcanic village. The rumble of the volcano in the background is part of daily life. Once in a while there are mild eruptions but no major events to report on in most lifetimes. The villagers learn to live with the volcano as a defining aspect of their landscape. Relations with and towards black Americans are similarly a part of daily life for every American. We have become habituated to the racial rumble in the distance. It is part of the white noise of collective life.  Until the volcano spews out Arbery, Taylor, Chauvin, Cooper and others quite abruptly and disperses our calm.

Predictably and necessarily, celebrities, politicians and citizens come out of their haunts once again with appeals for systemic change in law enforcement, criminal justice, progressive social policies and effective political leadership. Others weigh in on whether inequality or racism is worse, and yet others debate the value of voting over protest. Indeed, without question a radical redress of systems and structures that segregate, marginalize, and hold back African Americans from full and free participation in civic life is central to racial justice.

In light of the fact that African Americans are found disproportionately at the bottom of the ladder on every U.S. measure of economic, physical and social wellbeing, I am compelled to ask about the representational value of the African American body in U.S. society. From the earliest days of American slavery, there is something about the black body that stands as a stubborn reminder of white America’s native stain. This body is a drag on her Dream. It is a hard truth that makes people uncomfortable and renders them silent. As an Indian-American who is here as one of the Empire’s boomerangs there have been times when I have felt some dissonance in the presence of the black body. There is a fear of spoiling by association. So we isolate and insulate structurally and personally.

Against the backdrop of recent horrors inflicted on African American men and women, generic discussions of racism and efforts at anti-racism invoking white guilt and responsibility does not adequately address the dark place the black American’s body occupies in the American psyche. It must have to do with pedigree of the slave. Uniquely, this was the body from its first arrival that was referred to as heathen, infidel, chattel and dumb beast. He was branded and manacled like a beast of burden. Patrolled, leased, kidnapped, abducted, raped, drowned, murdered and lynched. He was caricatured in minstrel shows for quotidian pleasures.

Treating the black body as ‘alien,’ and therefore ‘inferior’ sometimes, and ‘threatening’ at other times was essential alibi for erecting the juggernaut of U.S. slavery. Law, religion, science and economics were all enlisted to formulate explanations and justifications for the control of black bodies in the cause of nation building. Long after the legal abolition of slavery, enslaving conditions remained with racist policies and institutions ensuring that slavery’s descendants remain suppressed and oppressed. This history forms the genesis of the unease around the African American body that is lodged ubiquitously in the far recesses of America’s collective consciousness. Centuries on.

The inter-generational transmission of racist ideology is made possible because of its unyielding roots in the early psychology of the settler elites and the race based organization of American society since. Amy Cooper and Derek Chauvin are the inheritors of a lethal legacy. They are hardly isolated and individual actors. They house this history in their minds and bodies. Inevitably. Today, we can punish them with arrest, termination of employment and impound their dogs, and make a show of societal justice. But both acted on impulses that were there at their behest. Normally. In the face of anxiety, agitation and confusion the black body is a quick reference like a compass to reorient white citizens’ paths forward.

Amy could count on police security merely with her precision of a man as “an African-American man.” Her confidence in the system was denoted when she threatened Christian Cooper. Derek murdered an African American man pressing his knee while keeping his hands in his pockets. Never having met, Cooper and Chauvin agreed a priori that the black body was sufficient justification for their gratuitous conduct. They were part of a nation-wide social consensus. The black body remains America’s dilemma.

The color of American infections and fatalities under the onslaught of the Covid-19 pandemic is being coded black. References to ‘underlying conditions’ as an explanation for the high number of deaths obscures how these conditions have accompanied the black body for several centuries. Black based poverty, deprivation, discrimination, and violence are marathon runners.

All efforts at anti-racism in the wake of current events must take into account the centrality of the African American body as ground zero for the enactments of racist conduct. A frontal focus on the black body is important to understand how it functions in white minds and eyes. Talk about racism towards black people is generally less disquieting than focusing on the role of the black body in civic life.  The nebulous nature of racism leaves one comfortably helpless with regards to its redress.

The call for a focus on the black body requires personal engagement with America’s past and present. It is an unsettling call for all. For African-Americans the knowledge of their history of humiliation can be a shaming experience.  As a result they can become obsequious or amplify their self-affirmation. The same history can direct white people to turn gratuitous or fear the black body. Anti-racism will have to address these elemental aspects of anti-blackness in society.  Systemic racism rests on the significance of the body as a symbol. Calls for lament, mourning, non-violence and justice will have to reckon with this fundamental consciousness of the profound physicality of blackness in America.

We cannot move into the future without considering the usefulness of racism.  White Americans are not unaffected by their racial inheritances. Their casual powers to victimize, and oppress black bodies is an irreconcilable tragedy for their humanity.  The neglect of the far-reaching effects of white supremacy on the racist is counterproductive for the goal of a just and reconciled society for all Americans.

Institutional change should not be seen as a means of solely accommodating and integrating black people into white institutions. It should also enable the transformation of white people and the subsequent reintegration into a changing society. For black bodies and lives to matter white people will have to be rescued from themselves. This is an opportune moment in history. Institutions that affect civic life are important portals for the generation of changed understandings, attitudes and new resolutions.

In these dark days there are night blooms budding across the world. The march of large swathes of young white people who have come out of quarantine to protest police brutality, the courage of some in law enforcement to not only support the protest but also to call out criminal injustice, the courage of top military brass on the dangers of drawing on the military for civilian control, and the response further afield in London, Auckland, Sydney, Berlin, Dublin, and Amsterdam as the ‘American problem’ inspires anti-racism efforts in majority white states with non-European populations are heartening to see. The global dots of colonialism, slavery and migration are connecting.

The protests are now taking on a life of their own, moving on from the epic catalytic event of George Floyd’s murder. Protesters are registering fear at other systemic levels. Fears about insecurity and inequality. The fact of climate change, the upending of life and opportunities under COVID-19, the rise of nationalisms, the disenchantment with the premises and promises of neo-liberal market culture, the cynicism over American exceptionalism, the rhetoric about freedom, democracy and human rights are spilling over domestically and internationally.  So much of this angst displays the devastating impact of the pandemic of whiteness on white people. The old structures are deeply flawed and it is understood by many that broad and diverse coalitions offer a path forward.  White powers are running breathless and fatigued these days.

American institutions will have to look backwards and forwards for the transformation of American society. This will require a dauntless examination of the place of the black body in white consciousness throughout history. Houses of worship, schools and universities, police and military academies, legal, medical, media, correctional institutions and others will have to undertake this project simultaneously. Like some cancers, there might be treatments but no cure for racism in our time. The enemy’s last outpost is after all in our own heads. The mystery of our proclivities to survive at the expense of another persists. This being so, all our institutions will have to be activated to beat this demon down.

Institutions have to make clear that the black body is inviolable, segregation is dangerous and social diversity is a fact worth celebrating. To that end, our journeys into our past should propel us to consider truths we have not fully comprehended hitherto. Institutions must initiate structural and systemic changes that keep diversity, justice and reconciliation at the core of all their maneuvers. The promise of e pluribus unum should be kept.

Ironically, even in death life has a way of finding its self. The lynched black American’s body has fertilized the soil for liberation movements globally.  It is doing so today. The black body delivers ‘America’ as a gift to the world. And white America depending on her response to this hot lava in the streets can also turn into a gift for the world.

James Baldwin wrote that “America has hit the jackpot and doesn’t even know it.” Perhaps we can now.

Ivy George is a professor of Sociology at Gordon College in Wenham, Mass.

1st Anniversary of George Floyd’s Murder: You’re Complicit in This Racist System if You’re Not Outraged