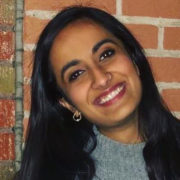 What Should We Carry Forward from the Pandemic? Stories From Millburn, New Jersey

I grew up driving down the I-94 in Minneapolis every Saturday morning to go to the School of India for Languages and Culture (SILC) — a three hour weekly cultural immersion program — where my family, friends, and I would all actively take part in teaching and learning about our heritage.

Eleven years later, I find myself marching down the very same Interstate, taking the very same exit as I did for SILC. I watch the city I grew up in burnt, broken, and hurting. I’m disappointed to see Minneapolis in shambles, and the inhabitants of this beautiful city in terror. I’m even more disappointed that it’s taken this long for us to see that there’s a problem.

I implore everyone to read what happened on May 25th, 2020 in Minneapolis and do whatever they can to take part in dismantling this oppressive system. The media may stop talking about this death in a few weeks, but that doesn’t mean we have to stop the essential conversation on racism and the scrutiny of our current government.

To my fellow Asian Americans, show up. It’s a step in the right direction to share and re-post a photo or a hashtag, but it’s far from enough. Start a conversation with your parents, family members, and friends whose actions show that they believe in the model minority myth. Do what you can to debunk it, because it’s racist and inequitable.

It may seem attractive to be perceived as the demographic group whose members achieve higher socioeconomic success, but it was originally employed by white supremacists to create a racial wedge. This concept declares that racism, including two centuries of black enslavement, can be overcome by hard work, strong values, and belief in the American dream.

I’ve spent countless hours engaging in discourse with my parents on why success of one race doesn’t have to result in the failure of another. I’ve explained why conceding to silence against hate crimes towards blacks, because it appeals to the white power holders of this country, is not something to strive for. I’ve explained how it’s racist by nature to imagine a white person when hearing the word “American.”

Today, after years of these discussions, my parents wished me luck and expressed their pride in my actions as I headed out to a protest. It’s imperative to challenge each other and yourself to unlearn internalized racism and to be better, do better, and show up. POC voices need to stand up for each other and disintegrate racial hierarchies within the POC community there is to be any change in the larger system.

To my white friends, white silence is violence. If you think there isn’t white supremacy constantly at play just because the terminology isn’t being used, you’re wrong. White supremacy is the entire system, a system where it is exponentially more unlikely a black person comes home safe at night. There are plenty of anti-racism resources to educate yourselves, but the first thing you can do is to stop thinking you’re more entitled to your life than someone with a different skin color in any way.

As Robin DiAngelo, Associate Professor of Education at the University of Washington in Seattle and who specializes in whiteness studies, stated, “It is white people’s responsibility to be less fragile; people of color don’t need to twist themselves into knots trying to navigate [white people] as painlessly as possible”

To my fellow Minnesotans, I’m a culprit of blindly believing our state was “safer” because we have been voting blue since 1976. That statistic itself is nowhere near enough to be accepting the status quo. In 2019, Minnesota was ranked as the fourth worst metropolitan area in the United States for black Americans.

Kirsten Delegard, the founder of Mapping Prejudice Project, has worked to uncover racial covenants (racially charged zoning ordinances), revealing the racist and oppressive nature of the housing landscape of Minnesota. The legacy of these covenants from the early 20th century can be seen in the breakdown of Minneapolis neighborhoods, those with covenants being 80 percent white.

Despite how its northern geography might historically make this state appear liberal, Minnesota still ranks second in the nation for worst median income and homeownership gaps between the black and white community. Being liberal and being racist are not mutually exclusive. We cannot overlook liberal racism. We cannot overlook any racism.

This past week was my birthday, and all I can think about asking for this year is a safe and just world. I’m asking to take activism a step further than social media and make it a mindset, so it pervades the daily actions of the citizens of our nation.

I’m asking to recognize your privilege if you have the flexibility and freedom to be discussing, sharing, or even thinking about something other than the atrocity that has been taking place for centuries against our black community. I’m asking you to reflect on how you’re complicit in this system if you’re not outraged.

You may have heard how it’s not a riot, but a revolution. You may see what has been incited by the murder of George Floyd, Ahmaud Arbery, Breonna Taylor, and so many more as a movement. I challenge you to take it a step further and understand that this, what we’re asking for, deserves to be a reality. To everyone affected by the death of George Floyd, the deaths of so many more, and the state of this corrupt and broken system — I am so sorry. I am truly so sorry.

23-year-old Suparna Malia lives in Minneapolis, MN. She works in consulting for a technology firm, and likes to spend her free time playing the piano, dancing, cooking, and reading. Having been born in the United States and raised in Minnesota, Suparna has actively pursued learning about her Indian culture since a young age, and has always been passionate about the intersectionality of various identities and their relation to the current American landscape. Social Justice has always motivated her to be active and involved with volunteering and serving her community.