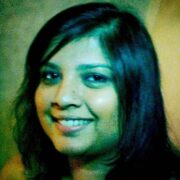 In May 2019, I was filming a documentary about World War II veterans, Holocaust survivors, and locals who had been children, at the 75th Anniversary of the Battle of Monte Cassino and the Liberation of Italy. I stood in the Commonwealth Soldiers’ graveyard, surrounded by thousands of graves of the dead Allied soldiers — many of whom were Indian in the British Army. In those days, India was still a colony, and the Indian Army within the British Army of WW2, was the world’s largest volunteer army in history, who never got their due. I interviewed a diplomat, whose grandfather had served there in 1949. He wore his grandfather’s medals. As we walked back towards the ceremony, he asked me, “How are things in America?”

“It’s weird. Things change everyday. You can’t keep up. He hired Neo-Nazis in the White House. That’s why I’m filming this documentary, to show what we are forgetting and the soldiers of color who were involved.”

“That means the country has turned.”

“That’s the sign that the country has turned.  The instability.”

It was chilling to hear this, in a field of dead World War II soldiers, dotted with red poppies, from a diplomat who knows how to keep track of these things.

I didn’t even know why I was “listed,” as I had been laying low and finishing my comedy movie that year. I realized I had signed a petition where the names were listed on the website, and I had also documented the Senate Hearings on Oak Creek — on my Youtube. This was where the FBI requested additional funding in 2012 to re-open investigation into white nationalist militias that had been diverted after 9/11.  The FBI had declared white nationalist militias “America’s Biggest Terrorist Threat.”

I naively thought the Senators were there to help us, not that one of the white nationalists may have been at the hearings. Yet I was a journalist in the Press box.  I was not a witness or testifier. The act of documenting and advocating for justice had become risky. I had somehow become caught in their cross-hairs. With my uncommon last name, I feared for myself, my family, and particularly my grandmother who was in a nursing home.

The list went viral via fake accounts. People started contacting me on my website and facebook. I tried going to the ACLU, where I had worked in college, and the Southern Poverty Law Center, and even established Democrat Representatives. Unfortunately, I found out this had become a common experience and they had too many cases to include me. But if it’s so common, why aren’t there any class action lawsuits? Who do you even sue for threatening you anonymously?

Finally, the Sikh Coalition and South Asian Americans Leading Together (SAALT)  put me in touch with the FBI Hate Crimes Bureau. When I spoke to the FBI, the Agent pronounced “Antifa” in an Italian way, like “Aantifaa (scista),” not in my Northeast American way like “Aynteefah” “Antitam” or “Ant.”  I became suspicious if even he would help, or he had also been turned. Donald Trump had declared Antifa a “terrorist organization,” though from what research I could tell it was self-identified as a bunch of disconnected activists doing anti-racist work through non-profits. It seemed to die down for a year, when I was at a beach in LA the summer afterwards.

A lawyer from Harvard contacted me saying that a police brutality and racism case had been brought up against Louisiana State Police. In seizing their files, they found “the list” and that the Louisiana police had opened an investigation into it as “terrorists.” I had not been to Louisiana since the 1990’s, when my aunt lived in Baton Rouge, and we took a road trip along the Gulf Coast. So this showed the connection between State Police and the Alt-Right, that they would take 8-chan “fake information” seriously and waste state funding. If the police were involved, this escalated everything. I felt scared for my personal safety again. I felt betrayed by my country. I was upset that they would rather follow false leads into innocent people, rather than shutting down white supremacist militias. It again showed a lack of respect for lives and American values.

Shilpa Mankikar is an Indian-American filmmaker from New Jersey, New York, and Mumbai. Shilpa’s work combines a commercial sensibility with provocative content. She writes about rebellious youth, women, 2nd generation immigrants, progressive issues, and epic historical subjects. She is a graduate of the prestigious MFA Film Program at Columbia in New York, and Oberlin College. Shilpa currently makes music videos, branded content, feature films, and documentaries. She has been featured in The New York Times Race/Related, Times of India, and NBC.  She was a Director at the 2015 ABC-Disney Talent Showcase. Her family comedy “Diwal’Oween” has won 12 international awards from Bali to Baltimore.