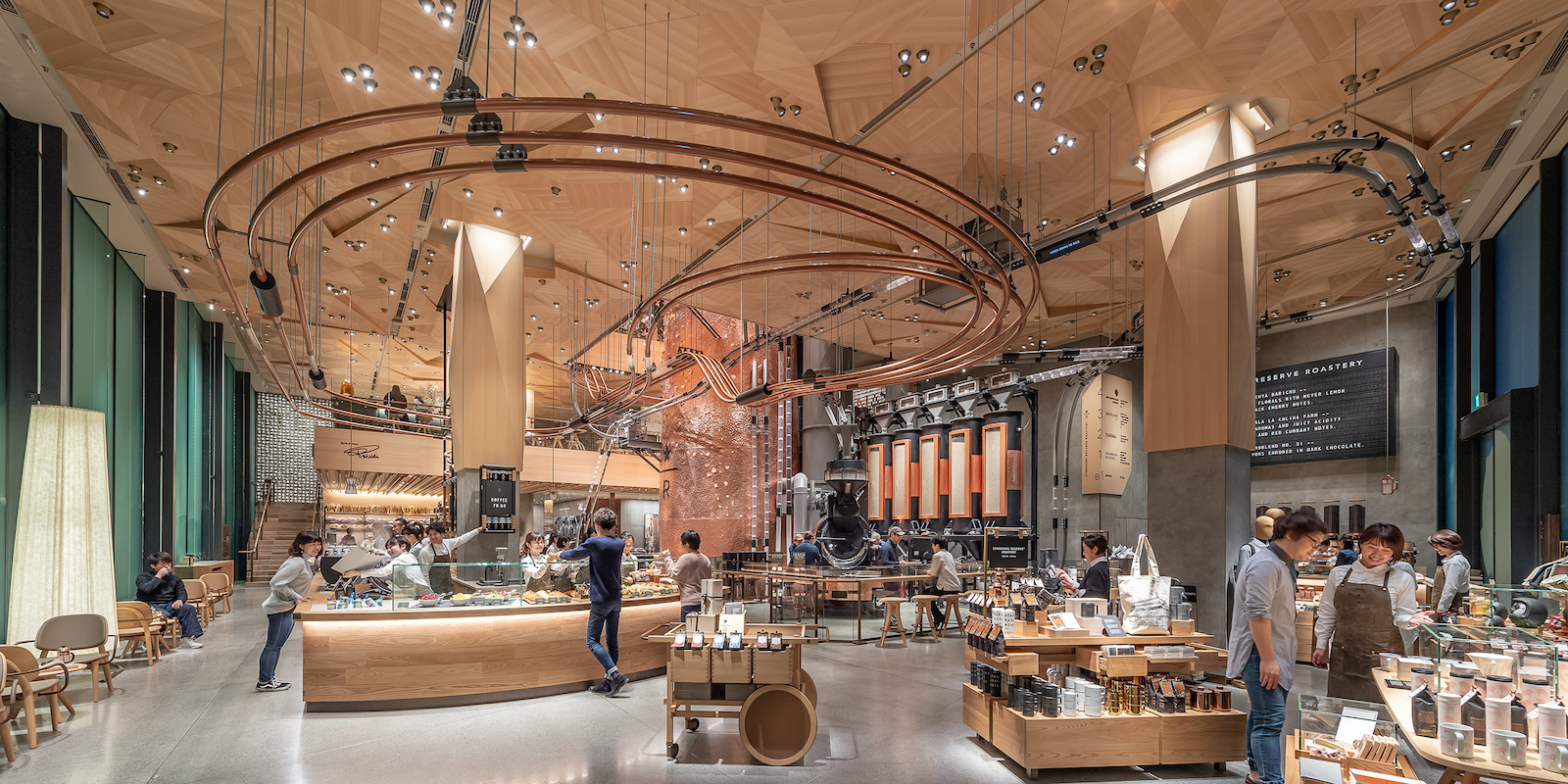 Kashmiris in Crosshairs: How Irresponsible Journalism and Activism Puts Innocent Lives in Danger

Last week for the Memorial day weekend, we took a trip to Chicago. It was our first trip to Lake City, as the pandemic restrictions were lifted. We were hesitant but crowds of vaccinated and masked revelers were everywhere. The businesses on Michigan Avenue were slowly returning to life. There were lines outside Zara, Nike’s, Eataly, Garrett’s popcorn. Even Saks, Burberry and Nordstrom mustered some activity. A gust of wind swept across our shoulders as we walked the Magnificent Mile, sending a shiver up our spine. We canceled the boat ride and decided to explore the relatively new (2019) multi-storied Starbucks Reserve Roastery. This behemoth “coffee mall extravaganza” pulled in large crowds of people.

Who cannot succumb to the lure of a glimmering fireplace and aroma of roasting coffee beans? We were entering the belly of an over-caffeinated whale. Once you were sucked in by the “giant pied piper,” the showroom was ingeniously stalked with specialty coffee beans from Vietnam, Uganda, Brazil, Colombia and more. Racks of easily accessible, scannable merchandise: cups, bottles, apparel, memorabilia, were strategically placed in the belly of the giant roastery. Each floor had a circular ordering station with trendy baristas engaged in their craft. Brewing, pouring, foaming, whipping caffeine into tailor-made beverages. Coffee was served on the second floor level. Baked goods, sandwiches and desserts on the third and cocktails on the fourth. After that you could only ascend to heaven, or so it seemed. One could spend their entire day/life here. The intention was to keep you indoors. There was no attempt at social distancing. Chairs and tables could be moved. Masks were optional.

We asked the hostess to recommend a dessert. She suggested their tiramisu. Edible coffee custard. Don’t get me wrong. I like coffee but I drink it responsibly. Regardless, we ordered a slice of tiramisu. One 4-by-4 inch square cost $10 at the roastery! After spending double the amount of money on a small dessert, we were tempted to sit down by the large floor to ceiling windows and savor the experience of being in one of six Starbucks roasteries. But it was impossible to find a chair! I circled around looking for a single chair, while my daughter stood in a line to order. Then in another line to pay. Then in a third line to pick up the order. All seats were occupied. I was eyeing every open seat and asked several people if an unoccupied seat was taken? There were many desis there.

Starbucks has pervaded our tea-drinking Indian tribe. I came across families with kids, eating pastries and croissants. Three (seemingly Indian) boys were slouching on four chairs. When I asked them, “Is this seat taken?” They all chimed in unison, yes! Where was the phantom of the seat, I wondered? He is in the restroom, they answered, reading my thoughts. I circled around the escalators and saw four vacant high chairs for toddlers. I cursed my overindulgence in sweets because had I maintained my school-girl figure, I would have managed to squeeze myself into the small seat. I circled back to the boys, warned them that if they were lying, it would be bad karma. They guffawed in my face, at my sardonic humor but did not offer me the empty seat. Then I came across five chairs and a high stool guarded by two old-enough, definitely Indian women. I asked them, are all these chairs taken? Where are the missing people? This time, I asked out loud. In the restroom, came the glib reply.

This place had to have a lot of rest rooms because at least two dozen people whose seats were being saved were in restrooms. Then out of sudden unexpected surge of generosity, one Indian lady offered me a high chair. I grabbed it, before they changed their mind and moved it to the wall, to wait. I felt dizzy watching the undulating line of customers,  so I turned my gaze towards the wall.

Finally, my daughter came to my corner. Mom, you look as though you are in time out, she said. I asked her to hand me the shopping bag and see if she could find another seat. In the interim, I was approached by the generous loaner of my barstool. Do you want to sit on the lower chair, she pointed to the five chairs they were hoarding. Why have your folks not emerged from the restroom, till now? No, she said, selectively ignoring my question. We can let you have the chairs, if you give me back the stool. This was so unexpected and bold, that my mouth fell open…  Is there a catch to it? I did not want to surrender my barstool and be left standing. Do those chairs belong to someone else or are they somehow tainted, I wondered? You have been holding them for the last 30 minutes and now you want to reclaim the barstool? Just give us the stool, said the pan-faced spokeslady. And you can have the chair.

I was dumbfounded by this barter. How much time they had spent calculating, hoarding, giving, then taking back was beyond my comprehension. Their “seat-machinations” were astounding! I wondered if they were as calculative and territorial about other things? Mentally exhausted, I lowered myself on the proffered chair and called my daughter back to the pavilion. We ate our tiramisu. Thoughts of all the other times, when I have had to scuffle for seats came flooding back to me on wings of caffeine. In a movie theater, in a classroom, on a garden bench, on a flight, at a wedding, in a tonga, a bus, a train, a tuk-tuk… The list was endless.

Grown men and women behaved like kindergartners holding seats for their besties.  I finished my last bite of tiramisu and asked my daughter to find an escape route from this place. Not home. Not work. But aspiring to be our third place. We circumambulated the roastery but had trouble finding the hidden exit route. Was this placement even safe? I thought to myself, as I made a mental note never to enter this third place. I have no reason to. I can make my own coffee. My daughter can make a delicious tiramisu and I have many seats at home.

On our way back to the hotel, I heeded the voice of my yoga teacher and took a deep breath. Simply wait, be quiet and still. Let the world offer itself to you. Yoga teachers are great. Their voice occupies the seat in your head. Isn’t that a miracle? Growing up in India. We were taught good manners at home and school. Rig Veda says( 1.89.1) Ano bhadrah kriatavo yantu visvato: Let noble thoughts come to us from all directions. We imbibed wondrous instructions from everyone. Don’t wear revealing outfits. Don’t wear your footwear inside the home. Don’t point with your feet or fingers. Don’t talk with your mouth full.  Don’t eat with your left hand. Don’t show affection in public. Greet elders and guests with respect. Don’t keep sitting in front of elders. Don’t talk back.

But Indian standards, in India and America have changed. The sands of manners are shifting. Our kids and adults are not the same. Our pockets are full of wondrous games and engaging apps. But etiquette is leaching out of brains, faster than the battery of iPhones. On the return Southwest flight, our lineup for boarding was assigned but we had to hustle for seats.

The weekend was over. I returned home to curl up with somewhat pensive thoughts on my hand-knotted Kashmiricarpet. Variegated clouds puffed across the southern sky. I took a sip of warm water. I sat. I thought about carrying a portable chair/durree with me on my next trip. I will become a snail. An enchanted carrier. Old fashioned. Wise. Perfectly still in a shifting world. My seat would be available for others. I will be infused in the culture of my birthplace. I will be an authentic Indian American.

With one foot in Huntsville, Alabama, the other in her birth home India and a heart steeped in humanity, writing is a contemplative practice for Monita Soni. Monita has published many poems, essays and two books, “My Light Reflections” and “Flow through My Heart.” You can hear her commentaries on Sundial Writers Corner WLRH 89.3FM.

Whither U.S.-India Relations? A Historic Look at Ties Presaging the Biden Administration